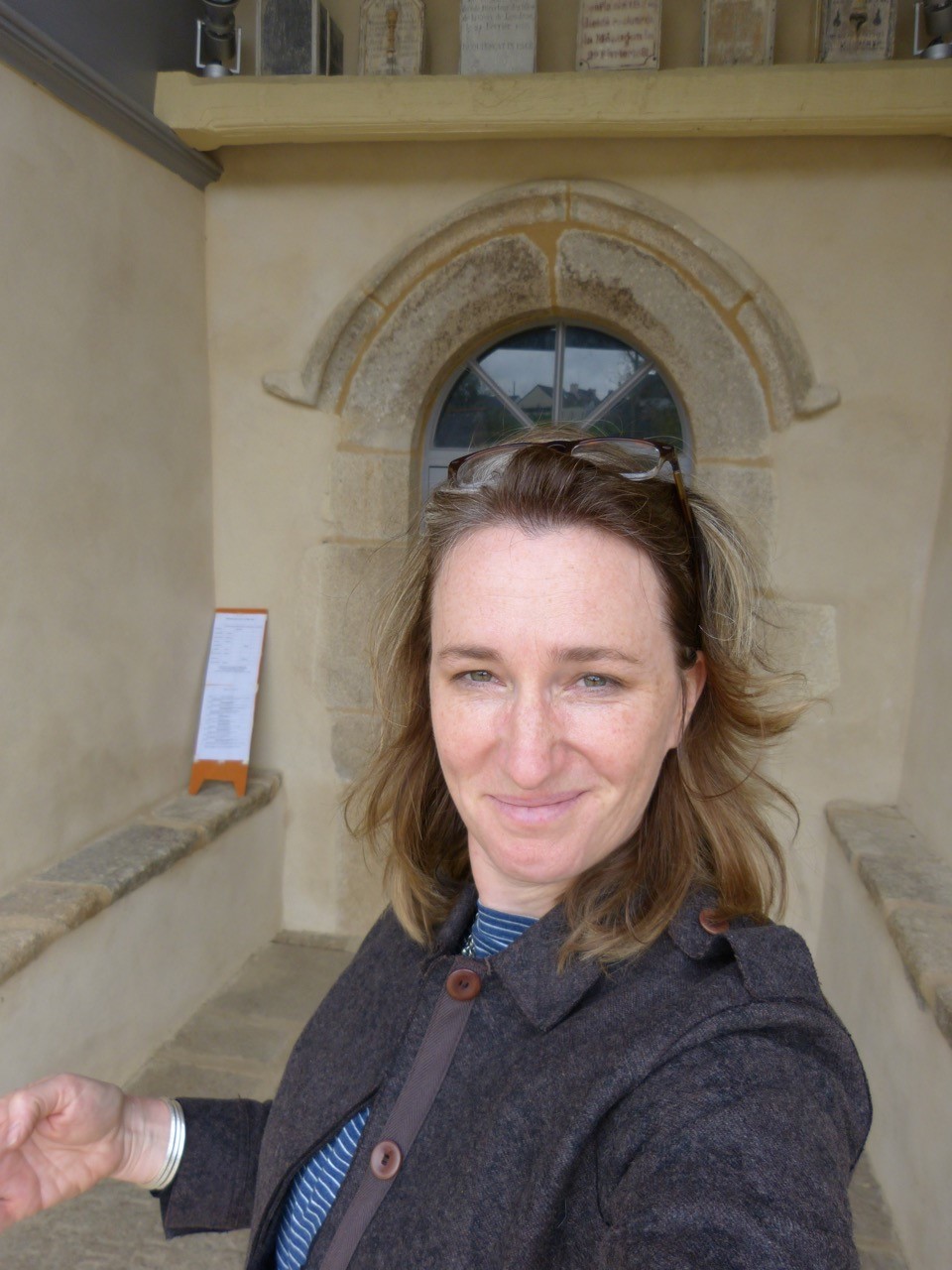 Maura Coughlin is associate professor of visual studies in the department of English and Cultural Studies at Bryant University in Smithfield, Rhode Island.  Trained as an  historian of nineteenth-century European art (PhD New York University, 2001), her current research on visual culture in Brittany is informed by material cultural studies, ecocriticism, feminist theory and cultural geography. She a member of the Material Collective and a frequent participant in the Babel Working Group. A sabbatical over the last year provided Coughlin with the opportunity to work on her book, Materiality and Ecology in the Visual Culture of Brittany, 1880-1914, and, among other things, she started blogging about visual culture in France:  http://materialbrittany.blogspot.com/

What was the last book you read? The last book I read is Roger Sansi Art, Anthropology and the Gift (2014). I have been teaching a senior seminar in which we are reading widely on creativity and the arts in public culture and we began the semester with some selections from Lewis Hyde’s classic text, The Gift. Of late, I am also obsessed with John Berger’s prescient observations about the material knowledge that one gains in living a rural life, and find myself continually finding connections between his thoughts in the 1970s, later 19th century visual culture and the work of recent scholars interested in New Materialism and Relational Aesthetics in contemporary art.

Who was your favorite professor in graduate school and why? I worked with Linda Nochlin at the Institute of Fine Arts and was deeply influenced by her methodological eclecticism and the ways that she made insightful connections between contemporary and 19th-century art.  It’s an example that I have sometimes followed— especially in putting  concepts gleaned  from Robert Smithson and Mierle Laderman Ukeles into dialogue with 19th century visual culture.

What’s your favorite film set in the nineteenth century?  Even though some of my art historian friends groan and roll their eyes when I say it, I loved Mike Leigh’s 2014 film, Mr. Turner.  I felt utterly transported to the 19th century— with all of its dirt, surfaces, textures and deprivations.

What’s your favorite nineteenth century quotation? I suppose that I could say that rural materiality has been a pervasive theme in my research, ever since my earliest grad school days (at Tufts, then later NYU).  A favorite quote of mine that’s been rattling around in my head for years comes from a letter from Vincent Van Gogh to his brother Theo: “What a mistake Parisians make in not having a palate for crude things, for Monticellis, for common earthenware. But there, one most not lose heart because Utopia is not coming true” (Letter 520 Arles, 11 August 1888).

Which country / decade of the nineteenth century would you like to live in if you could go back in time?  I seem to be obsessed with the 1860s in France.  After working up my most recent paper that I just delivered at NCSA in Boston (on material “discoveries” and the naming of a French “monument”) it dawned on me that I keep returning to the Universal Exposition of 1867 as a touchstone.  So perhaps that is the direction that new work will pursue.

Is there anything from the nineteen century you wished would come back into fashion? This may sound really weird, but I think that we could learn a lot about working through the process of grief from the nineteenth century.  In my research into practices of mourning that persisted in 19th century Brittany, I really gained a sense of what we have repressed and lost in terms of ritual and material expressions of grief and mourning.

If you could go back to the nineteenth century to change one thing, what would it be?  Eliminate Tuberculosis.  All the cool people died too young.