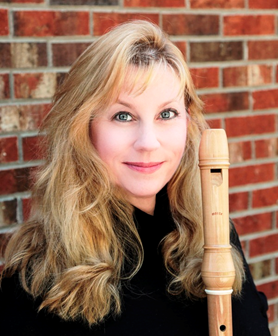 Valerie Austin is the Director of Graduate Studies in Music at the University of North Carolina, Pembroke. With backgrounds in both musicology and music education, Dr. Austin has scholarly interests in the pedagogy of education, early instrumental music, 20th-century American music, and the transmutation of meaning in ballads and folk song. She has presented both musicology and music education topics at national and international forums. Dr. Austin has been named to the 5-person musicology advisory board of the College Music Symposium and is currently finishing several entries for the upcoming Encyclopedia of Antebellum America.

What was the last book you read? I am usually plowing through at least two books at once.  The last book I finished reading was The Sistine Secrets: Michelangelo’s Forbidden Message in the Heart of the Vatican. Art history plays a supporting role in my music history classes and this year my students have been particularly interested in hidden messages in music and art. The book was so intriguing that I worked it into an existing powerpoint and my students say it was their favorite lecture of the year. Ever interested in science, the other book I have been churning through for months is Kennewick Man: The Scientific Investigations of an Ancient American Skeleton.

If you could go back to the nineteenth century to change one thing, what would it be? The systematic injustices visited on Native Americans.

What historical figure would you love to see in 21st century life? Thomas Jefferson. Perhaps he could clarify a few things for our current politicians and those who increasingly revise the history of the founding fathers.

What’s your favorite nineteenth-century quotation? There are so many delightful nineteenth-century quotations that a selection is difficult. One that often finds its way into my thoughts is the Rimsky-Korsakov’s Scheherazade, particularly the theme from the storm at sea. The music has drive and fluidity, a movement forward which represents adventure  and change. It is musical romanticism at its finest:

Which country / decade of the nineteenth century would you like to live in if you could go back in time? I would have been an explorer in the first decade of the century, delighted to investigate the natural world and variety of different cultures.

Which nineteenth century fictional character do you wish was real? Since I do not mind being terribly pedestrian, I’d love to have dinner with the entire quirky and delightful Bennett family from Pride and Prejudice. Elizabeth Bennett and I are definitely kindred spirits and I admire her sly humor.