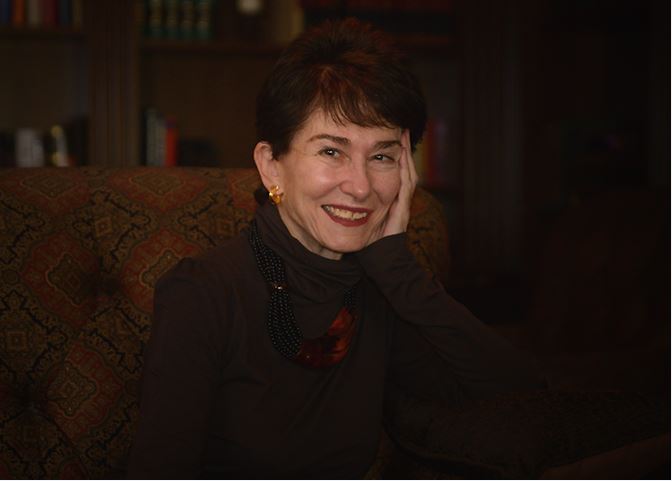 Linda Gertner Zatlin is Professor of English at Morehouse College, where she teaches nineteenth-century British poetry, prose, and the novel. She has written two monographs on Aubrey Beardsley, Beardsley, Japonisme, and the Perversion of the Victorian Ideal (Cambridge University Press, 1997) and Aubrey Beardsley and Victorian Sexual Politics (Oxford University Press, 1990). With the British art critic Simon Wilson she co-curated a 1997-98 exhibition in Japan, Aubrey Beardsley: A Centenary Tribute, for which they co-wrote the first scholarly exhibition catalogue. In March 2016, Yale University Press (London) will release her two-volume Aubrey Beardsley: A Catalogue Raisonné, which brings together for the first time Beardsley’s 1250+ drawings (splendidly reproduced by Yale). She is currently working on a revision of Beardsley’s letters, into which she will interpolate 114 unpublished, previously unknown letters, that she found in auction catalogues, online, and in private and public collections. A co-founder of NCSA, Linda currently serves on its Senior Advisory Committee and the editorial board of Nineteenth Century Studies.

Is there anything from the nineteenth century you wish would come back into fashion? I would love to experience the tradition begun in the late 1880s of dressing grandly, yet comfortably, and treating my body to the elegant feel of thick silk, luxurious satin, soft wool, and delicate lace. As a little girl I handled dresses my grandmother had saved from the 1920s and saw pictures of Worth’s elegant ball gowns (so began my love affair with Art Nouveau). I’ve never lost the desire, largely unfulfilled, to wear clothing made of those luscious fabrics.

What’s your favorite nineteenth century quotation? It’s the end of the semester, and I’ve been thinking about the pieces I’ve taught and ideas in which I believe. Certainly Tennyson’s “To seek, to strive, to find, and not to yield!” and Browning’s “Ah, but a man’s [woman’s] reach should exceed his [her] grasp” represent what I wish was everyone’s (politicians, too) passion to learn and exercise integrity.

Which country / decade of the nineteenth century would you like to live in if you could go back in time? I would love to live in the 1890s in England and Paris so I could experience each of the following as it emerged in society: the clamorous push for women’s rights, the provocative destruction of Mrs. Grundy’s rules, the recklessness of the Can-Can, and the sleek modernist lines and fresh perspective of the New Art—obviously Beardsley’s, but also Toulouse-Lautrec’s.

Which 19thC fictional character do you wish was real? My favorite character is Jane Eyre because she teaches us the way to learn who we are, ways to come to terms and make peace with ourselves, and to live fully. I would talk with her about the stages of her life and discuss concepts given to us by thinkers such as Freud, Walter Pater, and George Eliot. She would be a deeply interesting dinner companion.

What was the last book you read? I’m just finishing Hilary Mantel’s Bring Up the Bodies and do not want it to end! The point of view glides between Cromwell, his friends, and his enemies granting the reader access to commentary on the history, place settings (table and London), and cultural information. Reading this novel has been an on-going feast of sensory delight for me. It also makes me wish I could write a tour-de-force like this for Beardsley.