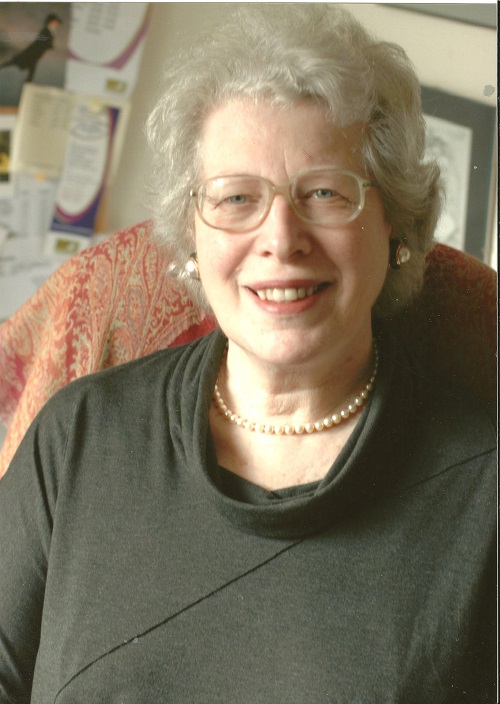 Susan Matoff is an independent scholar with an MA in English Literature from the University of London.  After a varied non-academic career, Susan studied social history with the Open University and wrote research papers for the Bushey Museum in the United Kingdom.  Her biography, William Jerdan, 1782-1849: London Editor, Author and Critic was published by Sussex Academic Press in 2011.  Her most recent work, Marguerite, Countess of Blessington: The Turbulent Life of a Salonnière and Author was published by University of Delaware Press/Rowman & Littlefield in January 2016.

What nineteenth-century parlour game would you like to see become popular again? Charades and Forfeits and games in which you have to make a spectacle of yourself, are not for me.  I prefer games of the “board” variety and these were also popular in the nineteenth century.  I’ll go for Nine Man’s Morris, similar to Tic-Tac-Toe, a game relying on capturing an opponent’s pieces to win.  Or checkers and dominoes, still played today.   Any game really, which gets people away from their electronic devices for a time and interacting with each other!

If you could borrow any nineteenth-century painting from a museum for one year and hang it in your home, what would it be and why? What an impossible question to answer!  I’d love to say I would have the gorgeous portrait by Thomas Lawrence of Marguerite, Countess of Blessington, because she is the subject of my recent biography, but honestly – I’m going to pick almost any one of J.M.W. Turner’s paintings.  I’ll take the one I see most often, in the National Gallery in London: “Rain Steam and Speed – The Great Western Railway.”  Turner makes this great noisy smoke-spewing engine into something mysterious and ethereal.  He captures this symbol of the Victorian age and the industrial revolution under skies that he depicts so magically.  I could happily gaze at this painting over a year and find something new and beautiful every day.

What was your favorite discovery/serendipitous moment when conducting research on the nineteenth century? There were lots of small serendipities, but the best and most lasting was meeting on line, and later in person,  two other researchers as equally infatuated with their subjects as I was with mine, and discovering that so much of our work could inform that of the others.  I was working on Conflicted Life, my biography of William Jerdan, long-time editor of the influential nineteenth-century periodical, the Literary Gazette.  Cynthia Lawford was a fount of knowledge about the poet Letitia Landon (L.E.L.), Jerdan’s protégée and mother of three of his children, while Julie Watt was writing Poisoned Lives, her double biography of L.E.L. and her husband George Maclean.  We three carried on our “e-salon” for over five years, exchanging ideas and information on a daily basis.  As I work independently, in isolation from any institution, these contacts were vital and stimulating, and allowed me to share all the smaller serendipities with two people who completely understood my excitements and despairs.

In which directions do you think nineteenth-century scholarship should evolve in the near future? As an independent researcher I am only on the periphery of current scholarship.  I find the proliferation of digital opportunities is overwhelming, and I struggle to understand and keep up with many resources that others use regularly.  I’m sure that direction will continue to evolve and am grateful for the continuing digitization of so much that was not available online a few years ago.  However, on the negative side, I do think that the trend towards commercialization is unfortunate, as those of us not associated with a university cannot possibly afford the high subscriptions charged by such organizations, and are thus at a considerable disadvantage in our own work.

The nineteenth-century chore I would hate doing. Well, of course ideally I would arrange to have my own servants to do the chores for me, but in case this plan didn’t work, and I was one of those unfortunate maidservants, the chore I would especially hate would be blacking the grates very early every morning, clearing the ashes, and lighting the fires.