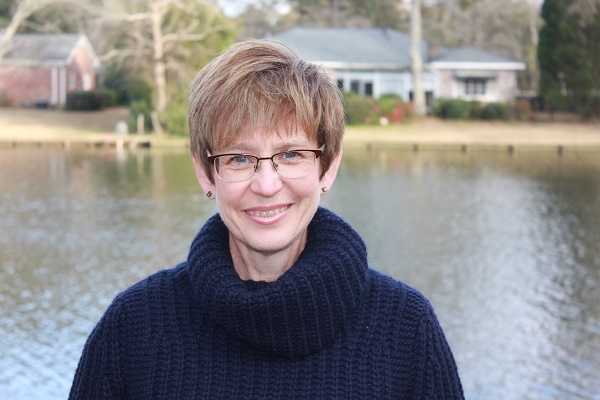 Katherine Haldane Grenier is a Professor of History and Chair of the History Department at The Citadel in Charleston, SC.  She is the author of Tourism and Identity in Scotland: Creating Caledonia (Ashgate, 2005) as well as several articles on tourism in 19th century Scotland.  Her most recent article is “’Public Acts of Faith and Devotion’: Pilgrimages in late 19th century England and Scotland” in Perplext in Faith. Essays on Victorian Beliefs and Doubts, Alissa Clapp-Itnrye and Julie Melnyk, eds. (Newcastle-upon-Tyne, 2015).  She is a member of the NCSA Board,  Past President of the Southern Conference on British Studies and was the Local Arrangements Chair of the 2015 meeting of the North American Conference on British Studies.

What story do you always tell your students about the nineteenth century? Oh, so many to choose from!  Since my students tend to be interested in wars, I always enjoy teaching the Crimean War.  It can be used as a starting point to talk about a variety of different topics; besides the military and diplomatic significance, you can get into the questioning of aristocratic leadership and the “vast impulse towards democracy,” new forms of press coverage, the impact of photography, Florence Nightingale and medical history, and the issues of how to memorialize the dead.   Another completely different but fun topic that students always love to hear about is Jeremy Bentham’s partially preserved body on display at University College London.

If you had the freedom to work on only a research project about the nineteenth century for an entire year, what would it be? I’m torn between two projects which have in common an interest in the intersection between religion and national identity in Scotland.  One is a study of late nineteenth-century Roman Catholic pilgrimages, particularly pilgrimages to the ruins of the monastery of St. Columba on Iona.  These journeys emphasized Columba’s connections to the Roman Catholic Church (connections contested by other Scots) and thus provided an opportunity for Catholics to claim a central role in Scotland’s national story.  My other project examines the “Sunday Train War” of the 1840s, a heated controversy over whether passenger trains should run between Edinburgh and Glasgow on Sundays.  To some Scots, a strict observance of the Sabbath was central to their understanding of Scotland’s identity as a “covenanted nation.”  Other Scots believed that the “Scottish Sabbath” was a relic of the past and that a modern, industrial nation needed daily transportation.  The conflict, therefore, touched on some basic questions about how to preserve in the modern age elements of an identity rooted in the past. What is your first memory of being really excited about the nineteenth century? Although I’m a historian, I think it was nineteenth-century literature that got me excited about the period, beginning with the Little House books and Louisa May Alcott when I was a kid.  In college I discovered George Eliot.  I had a couple of college history courses that used literature as a primary source, which got me interested in interdisciplinary studies.

If you were reincarnated as someone from the nineteenth century, whose personality would best match yours or would you wish to become? I suspect that if I was alive in the nineteenth-century, I’d be a middle-class wife and mother, raising my children, keeping my house, supervising a couple of servants, and earnestly working for good causes.  I could see myself as the part of the community of Birmingham friends of the missionaries examined by Catherine Hall in Civilized Subjects: raising money, organizing lectures, maybe even writing about missions.  I’d also love to be one of the tourists I wrote about who traveled to the Scottish Highlands.  But knowing what I know about nineteenth century medical care, especially the risks of pregnancy, I’m just as happy to stay in the twenty-first century.