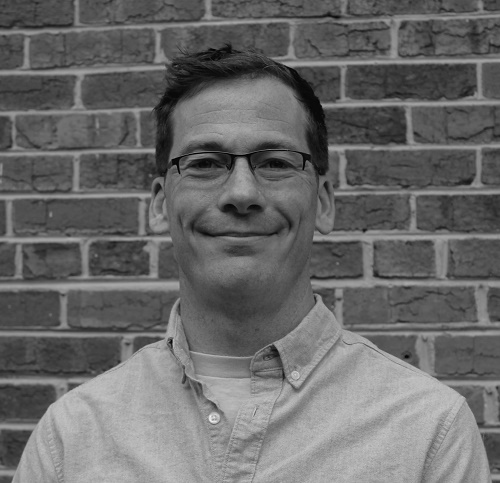 Nathan K. Hensley is Assistant Professor of English at Georgetown University. His research focuses on nineteenth-century British literature, critical theory, environmental humanities, and the novel. Other interests include Anglophone modernism and the cultures of globalization. His first book project, Forms of Empire: The Poetics of Victorian Sovereignty (2016), explores how Victorian writers expanded the capacities of literary form to account for the ongoing violence of liberal modernity. A second project, now in its early stages, draws on Victorian and contemporary ecological thinking to investigate how the nineteenth century imagined systems and the failure of those systems. With Philip Steer (Massey University, NZ), he is currently co-editing a collection of essays, Ecological Form: System and Aesthetics in the Age of Empire (Fordham UP, forthcoming 2018). His scholarship has appeared in Victorian Studies, Novel: A Forum on Fiction, Nineteenth Century Contexts, Victorian Periodicals Review, and other venues.

In which directions do you think nineteenth-century scholarship should evolve in the near future? I think that nineteenth-century studies is in an amazingly strong state, intellectually speaking. I’ve been blown away by recent monographs I’ve read from across the field, and have felt at recent scholarly meetings and lectures a great sense of energy around the questions organizing our field now. I admit that when I was in graduate school from the mid-to-late 2000s, I found myself somewhat confused by Victorian Studies as a field. Here was a period whose archive was (so I thought) unmatched entirely, with insane geniuses writing unthinkable masterpieces all over the place; and here was a field that had produced such bombshells of methodological intervention, for so long, from Said, Armstrong, and Poovey to Gallagher and Sedgwick. But then, here (I said then) was a professional body that seemed somehow to have tossed that legacy away, retreating into smaller claims, tinier archives, more and more cautious arguments (or so it seemed to me then), more obsession with historical particularity. I’ve since, of course, come to see that if I’d have paid sufficient attention, I’d have seen that there had always been methodological bombshells rising above these particularistic exercises. So I don’t offer this as a true genealogy of the field but as one phenomenological account of it. The point is that I am so, so happy to see brave argumentation and contentious claims being aired openly in our field now. Excited, too, to see the dynamic archive of our period brought to bear on the largest and most consequential questions of our own moment, including, of course, political ones. I think we should be leading these discussions, and I’m thrilled to see that in some measurable senses that is true again. I’m a partisan that way.

It’s precisely because of all the above, though, that I find it so upsetting that the vitality I sense in the intellectual aspects of our field is so mismatched to the material situation of the field now. The ongoing assault on tenure; the continuing erosion of the humanities; and the seemingly more novel attack on historical work itself (evident, I think, in any casual glance at the job information list) join forces, in our case, to create a situation in which, to state it plainly, the most brilliant and intelligent rising scholars in nineteenth century studies cannot find positions, and may never find them. The nineteenth century is crucial to understanding our present moment but is being written out in favor of contemporary perspectives. Responding tactically and effectively to this material situation of forced death and disciplinary suicide should in my opinion be the fanatical focus of all our scholarly bodies and senior faculty. We should bring our training in nineteenth century studies to bear on these questions, filtering our historical knowledge through a Machiavellian screen of strategy. What is to be done? Even casual readers of Dickens know that Gradgrindian rationalism, like the Benthamite logic of means and ends undergirding it, generates disaster. As experts, we should marshal our knowledge of nineteenth-century calamity to help counteract our own.

What is your favorite nineteenth-century quotation? Well, for my new project on systems and system failure in Victorian literary thinking, I’ve been reading a lot of Emily Brontë, obviously the most intelligent and fascinating member of that distinguished family (don’t @ me). So here’s one from Wuthering Heights, the best novel of our period, a nose ahead of Middlemarch to my mind, winning out in that contest because of its sustained, lacerating attack on literally all aspects of authorized life and thought in the bourgeois modernity we still inhabit. It gets more points for blowing up the distinction between “outside” and “inside” and making the environment part of its characters’ own being. You know the lines, which are Cathy’s:

What were the use of my creation if I were entirely contained here? My great miseries in this world have been Heathcliff’s miseries, and I watched and felt each from the beginning; my great thought in living is himself. If all else perished, and he remained, I should still continue to be; and if all the world were annihilated, the Universe would turn to a mighty stranger. I should not seem a part of it. […] Nellly, I am Heathcliff—he’s always, always in my mind—not as pleasure, any more than I am always a pleasure to myself—but as my own being.” (73)

I find these lines continually astonishing. If you don’t, read them again. And if I ever do forget how insane it all is, I find that a good remedy is just to watch my students’ faces when we read it aloud together. Their jaws drop open. For me it is among other things a gripping, vertiginous statement of mutual being and fidelity to another, all of this collaborative agency offered, of course, under the sign of catastrophe, since the material world Catherine shares with Heathcliff is tending so clearly toward ruin. It remains, I think, sort of scandalous to our and our students’ implicit sense of self-containment, self-possession, and selfhood itself. It is definitely scandalous to Nelly’s: recall that she stops this speech mid-stream, right where I’ve cut it, because she “was out of patience with [Catherine’s] folly” (73). For all those reasons this passage makes me smile every time I read it. I’m smiling now. It’s so amazingly heterodox and, for that reason, beautiful.

Which country / decade of the nineteenth century would you like to live in if you could go back in time? This isn’t something I think about a lot, since as I try to say in Forms of Empire, my intense interest in the nineteenth century is driven not by a sense of wanting to recapture or relive the past: it’s not antiquarian, in that sense. Instead it’s motivated by a sense that the Victorian period—its Empire, its systems of wealth-extraction, its social forms, the conceptual structures underpinning all that—all of this was so instrumental in constructing our own moment. In a nontrivial way, this is our moment. To twist an important phrase from Christina Sharpe’s fascinating recent book, we live in the Victorian era’s wake. So I wouldn’t want to go back in time: I think that our present moment, calamitous as it is, represents the culmination of sorts of many of the nineteenth century’s most dynamic and still-vexing dilemmas: imperialism, of course, but also patriarchy, racialized capitalism, and, what concerns me most in my recent work, ecocide.

If you could go back to the nineteenth century to change one thing, what would it be? I think it would have been amazing if Herbert Spencer had actually accepted George Eliot’s marriage proposal. Who knows what would have happened? I mean: she is so much smarter and more interesting than him, wonderful and strange as he is, and yet for some reason she was so in love with him in those early Westminster Review days. It’s really hard to fathom, and I love things like that. It’s even funnier because Spencer’s insane confidence in historical progress meant that he thought human beings would eventually evolve past the stage where we felt physical desire at all. Desire was old, and mental cognition was modern. So this marriage would have been a literal marriage of the minds, no doubt completely sexless and of course horrible. I mention some of this marriage stuff in an aside in the first chapter of Forms of Empire, but I think Nancy Paxton’s George Eliot and Herbert Spencer: Feminism, Evolutionism and the Reconstruction of Gender (1991) is unparalleled on it, and Kathy Psomiades’ forthcoming book will be the place to go to read about it. But this erotico-philosophical link between Eliot and Spencer in the late 1850s is something I think about probably more than I should. I just find it so weird. I sincerely would like to know as a kind of historical counterfactual what would have happened if this world-historical genius, one of the smartest people I’ve ever read, hooked up with Spencer instead of Lewes. One probable outcome is that I think Lewes’ later work would have been much less interesting and Spencer’s much more. Everything Eliot touched got smarter from her touching it.