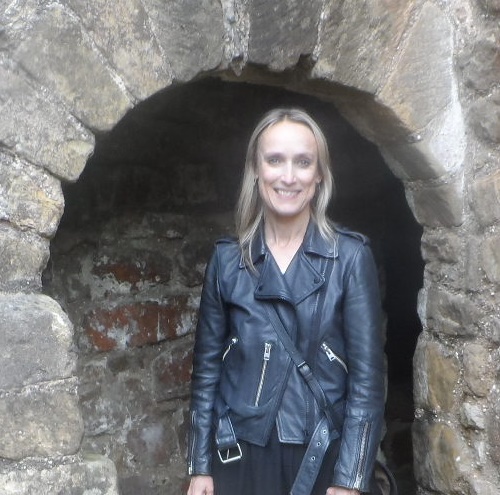 Lucy Hartley is a Professor in the Department of English Language and Literature at the University of Michigan, and previously taught at the University of Southampton. Born and educated in the U.K., she has been at Michigan since 2006 surviving the cold with a lot of help from the wonderful undergraduate and graduate students. She is the author of Physiognomy and the Meaning of Expression in Nineteenth-Century Culture (2001/2006), and Democratising Beauty in Nineteenth-Century Britain: Art and the Politics of Public Life (2017), and the editor of The History of British Women’s Writing, 1830-1880 (forthcoming, 2018). She is currently working on Poverty and Progress: The Whitechapel Project of Henrietta and Samuel Barnett—an intellectual biography of a radical social movement structured around the Whitechapel Fine Art Loan Exhibitions and Toynbee Hall.

What was your favorite discovery / serendipitous moment when conducting research on the nineteenth century? This would have to be the moment when I came across a reference to Charles Bell’s Anatomy and Philosophy of Expression, as Connected to the Fine Arts (1844) in an article by the historian of science, Ludmilla Jordanova. I had started my D.Phil roughly six months earlier, working on the language poetry of Gerard Manley Hopkins with Joseph Bristow (then at the University of York in the U.K.) and found myself wondering whether a single-author study could sustain several more years of study. Part of the serendipity consisted in finding the reference, being intrigued by the topic, and, once I’d read the book, deciding to change the course of my doctoral study; the other part consisted in the fact that Ludmilla moved to the University of York from Essex University roughly six months later. I was lucky enough not only to light upon a new dissertation topic that would move across disciplinary boundaries but also to have the dream-team of Joe and Ludmilla as my doctoral supervisors. To them, I owe an enormous amount for encouraging me to pursue a study that didn’t fit within a traditional English department. My doctoral thesis became the basis for my first book on physiognomy and, in turn, my sense of its limitations in tracing an intellectual tradition without revealing its social consequences led in a different direction to my second book on beauty and democracy.

What is something you have learned in the last month about the nineteenth century? A tidbit from my current research project on Progress and Poverty: it appears Lenin visited Toynbee Hall around 1900 and participated in a debate on “Our Foreign Policy” where he criticized the British imperial project as blind to the conditions of labor in the East End and where one of his respondents was John Morley; within days, Lenin made a second visit to the Hall for tea and forecast the dissolution of the British Empire.

If you could know the truth about any nineteenth-century historical moment, event, or person, what / who would it be? I would like to know what happened to Mary Prince (b. 1788). Prince’s autobiography, The History of Mary Prince, A West Indian Slave, Related by Herself (1831), charts the brutality of her enslavement in Bermuda, Turks Islands, Antigua, and eventually London. It had an immediate and lasting impact in rousing public opinion for the abolition of slavery, and it also roused public interest due to two libel cases brought against Prince and her editor, Thomas Pringle. Even so, little is known about the history of Prince after the libel cases. What became of the first black woman to publish an account of slavery in Britain? How did she live out her final years, and what did she think about her role in abolition?

If you could choose anyone from the nineteenth century, who would you pick as your mentor? My instinctive response was George Eliot, for her extraordinary knowledge and her unconventional personal life. On reflection, though, I’m going to go with Charlotte Brontë, for her passionate commitment to a writerly life and her acute representation of women—and, on a more sentimental note, because she’s a fellow Yorkshire woman!

If you could witness any event from the nineteenth century, what would it be? The passing of the Second Reform Act of 1867 and the debates preceding it. I’m stretching “event” here, but I would be fascinated to witness the parliamentary debates between liberals and conservatives, John Stuart Mill’s presentation of a petition for women’s suffrage and tabling of an amendment to the Bill, and the political rivalry between Gladstone and Disraeli.