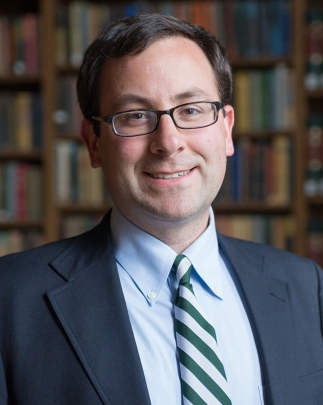 James E. Dobson teaches at Dartmouth College. He is the author of two books: Modernity and Autobiography in Nineteenth-Century America: Literary Representations of Communication and Transportation Technologies (Palgrave Macmillan, 2017) and Critical Digital Humanities: The Search for a Methodology (University of Illinois Press, 2019). He is the co-author of a forthcoming creative/critical hybrid book titled Moonbit (punctum books, 2019) and is presently completing a book manuscript on the history of computer vision algorithms and their applications. He has also written essays on several nineteenth-century American authors including Lucy Larcom, Mark Twain, and Ambrose Bierce.

What story do you always tell your students about the nineteenth century? I’m absolutely fascinated by the maladies of the period, especially neurasthenia. This one was widely experienced by both men and women and there are great narratives about their symptoms. I especially like Theodore Dreiser’s An Amateur Laborer. For Dreiser, who was not securely middle class, it was a mark of middle-class belonging to suffer from neurasthenia, and thus he invested in going through the cure and writing about it. Horace Fletcher spent a year at my institution, and I also really love to tell my students about Fletcherism and America’s first fad diet.

What is your first memory of being really excited about the nineteenth century? Reading The Education of Henry Adams for the first time. Adams’s autobiographical book has such an ambitious scope in working together personal and national history. It provided me with an almost unlimited set of people and events to research and think about.

If you could become best friends with someone from the nineteenth century, who would that be? Sarah Orne Jewett. We were both born in Maine and share a love of the state’s rocky coast and odd characters. I’d imagine setting sail for a small and forgotten island or rocking an afternoon away chatting together and complaining about people we know.

What is the best nineteenth-century themed gift you’ve ever given/received? A book of small boat designs recovered and redrawn from nineteenth-century sources. You can read the fin-de-siècle temperament in the ambivalence toward motorization and modernization of the designs. I’m building a rowboat from the book now—let’s hope it floats!