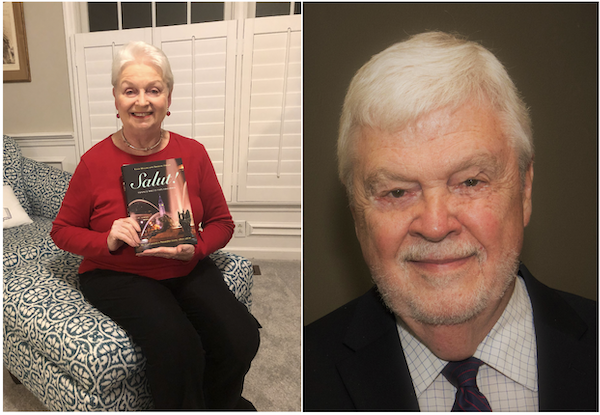 Therese Dolan is Professor Emerita of Modern and Contemporary Art at Temple University. She is a modernist art historian who specializes in nineteenth-century French and American art and has also published on contemporary art. She received her M.A. and Ph.D. in Art History from Bryn Mawr College, and her undergraduate degree in French from Mundelein College in Chicago. She has authored three books: Gavarni and the Critics for University of Michigan (UMI) Press in 1981; Inventing Reality: The Paintings of John Moore for Hudson Hills Press, 1996; Manet, Wagner and the Musical Culture of Their Time for Ashgate Press in December 2013; and served as editor and contributor to Perspectives on Manet for Ashgate Press in 2012. She is on the Advisory Board of the Barnes Foundation and a board member of the Alliance Française in Philadelphia.

Lynn H. Miller is Professor Emeritus of Political Science at Temple University. He received a B.A. and M.A. from the University of Kansas and holds a Ph.D. from Princeton University. He is the author or co-author of ten books, including Global Order: Values and Power in International Politics and Crossing the Line (a novel, 1985); Postcards from Delphi (a memoir, 2020); the co-author (with James McClelland) of City in a Park: A History of Philadelphia’s Fairmount Park System (Temple, 2016); the co-author (with Therese Dolan) of Salut! France Meets Philadelphia (Temple, 2021). In addition, he has published seven chapters in edited books; ten journal articles; eleven book reviews; and has been a contributor to the Encyclopedia of Greater Philadelphia. Over the course of his career, he has been a panelist at local, regional, and national professional meetings, a lecturer to community groups and schools, and a commentator on world events, radio, and television.

What was one of the best NCSA events / conferences / keynotes you’ve ever attended?
TD: Elizabeth Milroy’s keynote lecture at the NCSA conference in Philadelphia in 2018.

If you had the ability to tour the nineteenth century for one hour and you could visit as many places / attend as many events as possible, regardless of distance, how would you build your itinerary?
LHM: I’d like to peek in on Thomas Jefferson’s inauguration in 1801, then be a fly on the wall at the 1815 Congress of Vienna, which redrew the post-Napoleonic map of Europe. After that, a tour of Joseph Bonaparte’s estate in Bordentown, NJ, would be nice. A look at Matthew Perry’s encounter with the Japanese court in 1854 would be interesting, followed by a look over Abraham Lincoln’s shoulder while he was drafting the Emancipation Proclamation in 1862. If time permitted, I’d love to have a chat with Thomas Hardy in the late 1870s about his novels. I’d better stop, since an hour would be up long since.

What movie, TV show, or book set in the nineteenth century most resonates with you?
TD & LHM: Anna Karenina (1878) by Leo Tolstoy is both our favorite nineteenth-century novel.

What is your favorite mode of nineteenth-century transportation?
TD: An open calèche on a beautiful spring day through the Bois de Boulogne.

LHM: A trip (not clear across the Pacific) on a sailing ship could be fun.

What nineteenth-century sound would you love to hear?
TD: Street Singers

LHM: I’m cheating here, because the sound I choose is of the entire performance of Aida at its opening in Cairo in 1871.