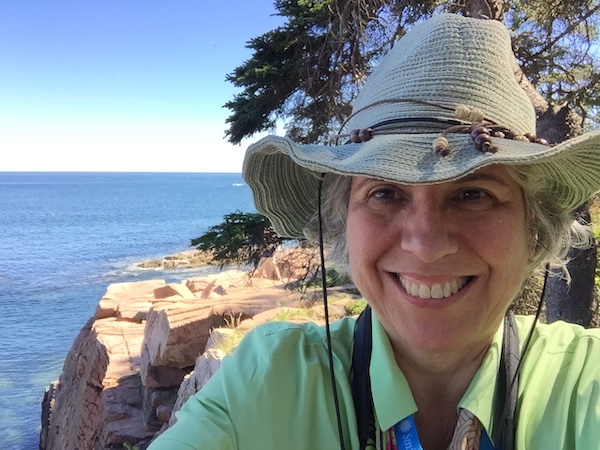 Janice Simon is Josiah Meigs Distinguished Teaching Professor of Art History at the University of Georgia where she has taught since 1988. Raised in Buffalo, New York, her ambition to teach art history on the college level solidified at the young age of sixteen after first pursuing painting and reading art history when only twelve. After graduating summa cum laude in art history from SUNY–Buffalo, she attended the University of Michigan for her MA and Ph.D. in American art under David Huntington. Her dissertation on the art periodical The Crayon is widely cited and has led to her published studies not only on that seminal art journal, but also on The New Path and The Aldine which inherited its transcendentalist and Ruskinian sensibilities. Her involvement with American periodical studies has led to her long-term position on the editorial board of American Periodicals and principal faculty member in 2015 of the NEH Institute “City of Print: New York and the Periodical Press.” A specialist in American landscape painting and photography, she has published many essays and book chapters including on the imagery of the forest interior, the Brooklyn Bridge, and as guest curator and primary author of Images of Contentment: John Frederick Kensett and the Connecticut Shore (2001), and co-editor of Crosscurrents in American Impressionism at the Turn of the Century (1996). For her long-term service to the Nineteenth Century Studies Association and research she was awarded the President’s Award in 2018.

What was the last book you read? Technically the last book I read was one that I listened to since I tend to listen to audio books more these days than read print books. I tend to read so many magazine articles and news in print, along with student and academic work. While I walk my mini dachshund Gabby I listen to books, usually for pleasure. So, the last book I heard was The Perfect Marriage (2020) by Jeneva Rose, which is an unreliable narrator type murder mystery. Like most art historians, I love murder mysteries and read many for entertainment, though I prefer the more literary sort. This was riveting and I loved the twists. As for a print book that I last read and one that was actually related to the nineteenth century, Witnessing Slavery: Art and Travel in the Age of Abolition by Sarah Thomas (2019), which explores the complexities of British and European artists depicting slavery in the colonies as abolitionist efforts to abolish the slave trade ascended. I reviewed it for CHOICE and highly recommend it.

What was the first nineteenth-century-themed item you bought with your own money? In graduate school at a fabulous print/ map shop in Ann Arbor I bought a series of hand-colored plates from etchings by Thomas Rowalandson from William Combe’s The Tour of Dr. Syntax in Search of the Picturesque, a Poem (1805).  My advisor, David Huntington, had introduced me to this parody of William Gilpin’s theories of the picturesque and I was delighted to find these images––in the end, I bought four or five of them (I think they were $25-$50 each back then), and gave one to him as a thank you for helping me through the dissertation process.

If you could become any nineteenth-century fictional character, whom would you choose? There are so many choices I’m sure, but I’ll go for the easy choice, Elizabeth Bennett from Austen’s Pride and Prejudice (1813): she winds up with Mr. Darcy, so why not?

Which nineteenth-century person could you be mistaken for? This is related to the previous question because my other choice would be Margaret Schlegel from Howard’s End (1910) by E. M. Forster (so our long nineteenth century). It is one of my favorite books (one of the few I’ve read multiple times, as well as I love the film and especially Emma Thompson’s performance as Margaret), and I’ve always identified with Margaret because of her enthusiasm for intellectual and cultural life and the spiritual (I love the scene where she dips into Theosophical texts!) and insistence that we must “only connect.” A friend recently suggested that I shared Margaret’s passion for life.

If you had the opportunity to go back to the nineteenth century and have one two-hour dinner with one person, with whom would you want to dine? Ralph Waldo Emerson first comes to mind because his writings and philosophy have been so fundamental to my intellectual and spiritual life. However, I’m not sure he would be much fun. So my other choice would be John Frederick Kensett whose paintings, especially of Contentment Island in Darien CT, I’ve always loved and written about, including postulating an Emersonian reading of his art in general in my Master’s Thesis (and would like to know what he thought of that idea). He was instrumental in creating the Metropolitan Museum of Art and was always summering in Newport, Rhode Island, among other coastal shores which he beautifully painted. Judging from his photographs, I also believe he relished a good meal!