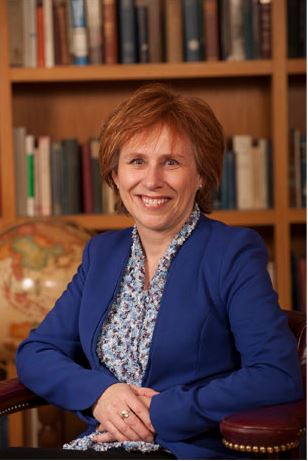 Caroline McCracken-Flesher is a Professor of English at the University of Wyoming. Though primarily a Victorianist, she researches extensively in pursuit of the novel, and in every direction in Scottish Studies. Her books include Possible Scotlands: Walter Scott and the Story of Tomorrow (Oxford, 2005), The Doctor Dissected: A Cultural Autopsy of the Burke and Hare Murders (Oxford, 2012) and an MLA volume of Approaches to Teaching the Works of Robert Louis Stevenson (2012). She is working on a scholarly edition of Kidnapped, and is co-editing The Edinburgh Biographical Dictionary of Scottish Writers with Alan Riach. In process of investigating Burke and Hare and the literary afterlives of their many crimes, she became intrigued by David Pae’s novel Mary Paterson, or, The Fatal Error (1864-65). Pae was a successful serial novelist, writing  for the Dundee People’s Journal. Featuring contributions from its readers, and highly popular and readable serials from authors like Pae, the Journal became widely distributed. Mary Paterson, with the murder everyone knew was coming mid-way through the book, boosted sales across the country. Dr. McCracken-Flesher’s edition of Mary Paterson is available this June from the Association for Scottish Literary Studies.

What was the last book you read? I just finished reading Tim Baker’s Contemporary Scottish Gothic: Mourning, Authenticity, and Tradition, and Megan Coyer and David Shuttleton’s edited volume Scottish Medicine and Literary Culture, 1726-1832. They are the kind of expansive analysis that I find fascinating. The book on medicine interweaves medical and literary discourse. It brings Adam Smith’s Theory of Moral Sentiments, with all its complexities of sensibility founded in but divorced from bodily suffering, to the fore. Ranged together, the essays show how that echoes into medicalized ideas of the artist, and of mass culture, still pervasive in the nineteenth century. Baker’s book covers from Walter Scott to tomorrow! Baker is cautious about claiming too much for the Scottish Gothic, but his argument nonetheless shows its genre-bending potential. On a less scholarly note, I have been reading Ann Leckie’s Ancillary Justice. Spaceships with ancient minds that operate locally through “corpse soldiers”—living people kept on ice and activated as mere ancillaries by a ship (also narrator) who simply takes them over—speaks not just to my interest in science fiction, but also to the ethical issues raised by the Burke and Hare murders, where corpses were blithely manufactured for sale to (unwitting?) dissectionists.

If you could go back to the nineteenth century to change one thing, what would it be? Someone working on Burke and Hare would have to say, those murders. Sixteen deaths.

What historical figure would you love to see in 21st-century life? This is one of those “be careful of what you wish for” questions. Walter Scott is often held to be an unregenerate Tory for his times, but he was a flexible and generous thinker. Scholars who work on him tend to be impressed by the genuineness of his voice in letters and journals. I wonder what he would make of the twenty-first century. As an agricultural improver, he’d probably have a lot to say about climate change.

Who was your favorite professor in graduate school and why? One? I was tremendously benefited by Barton St. Armand and Roger Henkle at Brown. St. Armand ran loose, baggy Friday afternoon classes on New England literature that ran over every week. The emphasis was on New England Calvinism and its uniqueness. But he put up with my insistence that I’d seen this somewhere else, and he and Roger let me write my dissertation on Scottish Calvinism and its exploitation as a national discourse in the nineteenth century. They were “directors” in the truest sense of that word. I’d have to give a shout out, too, to Ken Fielding, one of my undergraduate professors at Edinburgh. He and Peter Keating taught us to think widely and culturally before it was accepted. And Valerie Shaw modeled competence and brilliance. I want to go back and read all those Henry James novels with her one more time.

What’s your favorite literary film adaptation? Again, only one? I’m interested in adaptations that engage the problems and opportunities of the form. So like Sarah Wadsworth I would choose Adaptation. For that same reason, though, I’d make what might seem an unlikely choice: The Muppet Christmas Carol! Gonzo and Rizzo discussing how children will respond—“Don’t worry, this is culture”—or hitching a ride on the story’s coat-tails (literally) and crashing into chimney pots is at once reasonably faithful, yet self-aware and tremendously sophisticated. I’ve used it to teach adaptation and deconstruction. A movie I don’t much like, Great Expectations (1998), also  plays thoughtfully with the expectations that necessarily underlie adaptation.