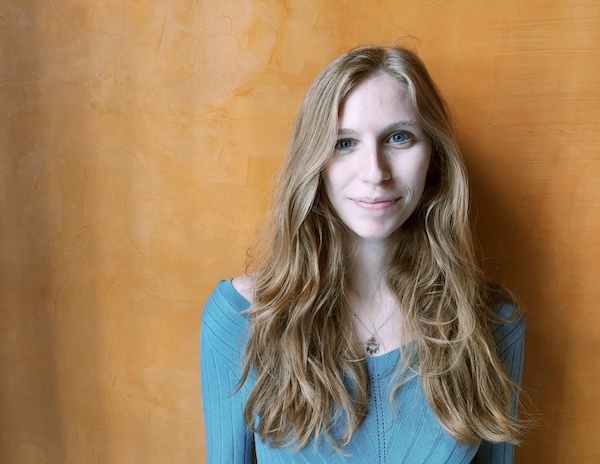 Isabelle Gapp is an Arts & Science Postdoctoral Fellow in the Department of Art History at the University of Toronto. She holds a PhD in History of Art from the University of York and is currently working on her first monograph, A Circumpolar Landscape: Art and Environment in Scandinavia and North America, 1890-1930, to be published by Lund Humphries. She has published widely on the intersections between nineteenth and twentieth century landscape painting, gender, and environmental history around the Circumpolar North.

Have you ever had something happen to you professionally that you initially thought was bad, but that turned out to be surprisingly beneficial? Oh absolutely, and it’s actually rather recent. Perhaps my answer to this would have been quite different a few weeks ago. After I defended my PhD at the end of 2019 and without a postdoc or academic opportunity lined up, I was daunted by the prospect of working independently. Despite the pandemic and working without institutional affiliation, I now look back on the past eighteen months and am surprised by what I managed to achieve. Nobody ever said being an independent early career researcher was easy – the lack of funding, endless job rejections, limited library access, and a general feeling of needing to belong – but clearly being shut away in an apartment in the south of Spain was an unexpected antidote. It gave me the opportunity to properly read, immersing myself in, and taking inspiration from, new and exciting scholarship in my field, and as a result, I was able to more thoroughly explore my own ideas that had been bubbling under the surface as I finished my thesis. My lockdown-baby, also known as “Water in the Wilderness: The Group of Seven and Coastal Identity of Lake Superior,” is scheduled for publication in the Journal of Canadian Studies this November. I also had the opportunity to share my research with students through virtual guest lectures, an opportunity that would likely never have arisen otherwise. And I was able to return to a love of reading and writing for fun, not at the sole behest of the thesis or any prescribed deadlines.

If you had the ability to tour the nineteenth century for one hour and you could visit as many places / attend as many events as possible, regardless of distance, how would you build your itinerary? I think I’d like to play witness to as many of the attempts, both serious and banal, that were made in the race to reach the North Pole. I would want to see Fridtjof Nansen aboard his ship the Fram, which from 1893-96 remained trapped in pack ice in the hope that it would drift towards the pole. He authored a beautifully illustrated book Farthest North following this journey, but to actually see what they got up to on a daily basis would be enlightening. Then jumping forward to 1897 I would watch the Swedish explorers S.A. Andrée, Knut Frænkel and Nils Strindberg embark upon their ambitious, and risky, Arctic air balloon expedition. Just to feel the excitement, the abundance of optimism, and to be surrounded by the absolute insanity of attempting polar exploration by air balloon. I’m obviously remaining ignorant of the fact that the balloon crashed only two days later, and in an effort to reach home on foot the three men perished. Unfortunately, I would have had to wait until the start of the twentieth century before anyone actually claimed to have made it to the North Pole.

What is your favorite mode of nineteenth-century transportation? It would have to be the steam train. I love travelling by train today, and would prefer if it was possible to travel anywhere and everywhere by train. Who needs or wants the hassle of airport security anyway? One of my favourite places during my PhD was the York Railway Museum which has some wonderful examples of nineteenth century steam trains, and you cannot help by admire their design and the technology involved. To leisurely travel to your destination aboard a steam train, with the reassuring whistling sound, plumes of smoke lingering in the air, and the ability to absorb and enjoy your surroundings at a reasonable speed sounds like a dream. I’m sure the reality was probably much different.

If you threw a nineteenth-century-themed party, what would it be like, and what would it be for? Having never thrown a themed party before, the first thing that comes to mind is an event inspired by the Parisian artist salons that were held during the second half of the nineteenth century. Here, everyone would come dressed-up as their favourite painter or patron. Cocktails and glasses of champagne would lavishly cover any visible surface, and people would just be relaxing in armchairs or on sofas. Conversation would be flowing, with guests playing the part of artists from different countries and backgrounds, and the whole thing would feel very bohemian. The reason behind this party? Any excuse to be lavishly extravagant, take on the persona of your favourite figure in Parisian artistic society, and to drink and be merry.