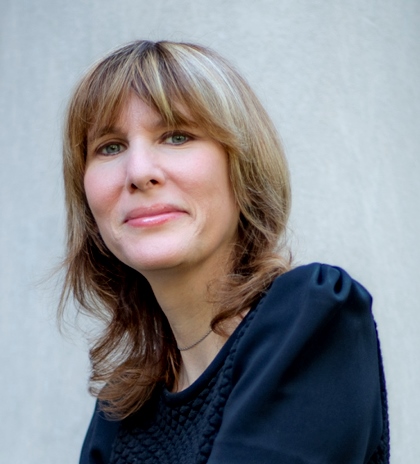 Michelle Foa is Associate Professor of Art History in the Newcomb Art Department of Tulane,
where she focuses on nineteenth-century French art, visual and material culture, and criticism.
She is currently at work on a book on Edgar Degas titled The Matter of Degas, and another
research project explores the network of global developments that reshaped the making and
consumption of paper over the course of the nineteenth century.  Her first book, Georges Seurat:
The Art of Vision, was published in 2015 by Yale University Press. Her research and teaching
have been supported by numerous grants and fellowships, including from the Center for
Advanced Study in the Visual Arts at the National Gallery of Art and The National Endowment
for the Humanities, among others.  She serves on the Board of Directors of the National
Committee for the History of Art.

What was your favorite discovery / serendipitous moment when conducting research on the
nineteenth century?

Carrying out research is a continual process of making discoveries about the past, and it’s one of
the things I love most about being a scholar of the nineteenth century. It’s difficult to choose a
favorite discovery, so I’ll name a few from my research on Degas, the subject of my current
book. When I was working on an article about the significance for Degas’s work of his close
relationships with certain prominent inventors and engineers, I was thrilled to discover that a
very unusual tool that he used to make some of his prints had actually been designed and
manufactured by the artist’s closest friend, the world-renowned inventor, metallurgist, engineer,
and manufacturer Henri Rouart (a fascinating and enormously accomplished figure). I’ve also
been exploring the little-studied revival of alchemy in mid- and later- nineteenth century Paris,
and I was happy to discover that Degas was personally close with one of the leading historians of
alchemy in France at the time.

If you could witness any event from the nineteenth century, what would it be?

As an art historian specializing in later nineteenth-century French art, I would have loved to have
seen the Impressionist exhibitions in person. And maybe even more exciting than seeing the
exhibitions themselves would have been to witness the lead-up to them: how the exhibitions
were installed, the preparations each artist undertook as the shows approached, and the conversations
among the leading artists about these exhibitions. I also think it would have been
thrilling to visit the universal expositions that were held in Paris in the second half of the
nineteenth century. The incredible range of different kinds of displays, the enormous variety of
inventions on view, the temporary exhibition structures themselves – it would have been a dream
to get to experience these events.

If you could choose anyone from the nineteenth century, who would you pick as your
mentor?

I’m not sure it would have been a mentor-mentee relationship, but I would love to travel back in
time and learn more about artists’ materials by talking with their manufacturers and watching
how they were made. I’ve learned a lot about materials through conversations with contemporary
manufacturers (and with art conservators), and it would be wonderful to have been able to talk
directly with the makers and suppliers of nineteenth-century artists’ materials and to observe
their production.

I’m always happy to eat French desserts, and I’m very curious to know what they tasted like in
the nineteenth century!