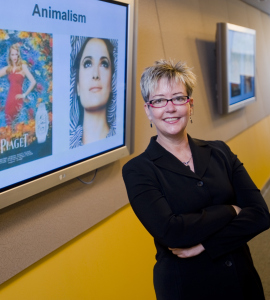 Cynthia Patterson is an Associate Professor at the University of South Florida, and the Undergraduate Program Director for the English department. She co-edits the journal American Periodicals. Her first book, Art for the Middle Classes: America’s Illustrated Magazines of the 1840s (Jackson: University Press of Mississippi, 2010), won sole “Honorable Mention” in the Research Society for American Periodicals/EBSCOhost 2011 Book Prize contest. Research presented at the 2010 NCSA conference resulted in a 2014 article published in the Journal of American Studies, “Performative Morality: Godey’ s Match Plates, Nineteenth-Century Stage Practice, and Social/Political/ Economic Commentary in America’s Popular Ladies’ Magazine” (48.2, 613-637). Research presented at the 2012 NCSA conference resulted in a forthcoming article to be published in Southern Quarterly, “The Caroline Howard Gilman We Don’t Know: Recuperating Gilman’s Work for the Charleston Unitarian Sewing Society” (52.2, 150-171). Recently, her research interests have shifted to the reading habits of Florida women during the Progressive Era, as chronicled in the records of their literary clubs and mental improvement societies. She has presented one conference paper on this new research, and has several others in the works.

What was the last book you read? Elizabeth McHenry, Recovering the Lost History of African American Literary Societies (Durham: Duke University Press, 2002). As I work on this new project on the reading habits of Florida women during the Progressive Era, I’m struck by how little work has been done on Florida women in general, their literary societies in particular, and especially difficult to reconstruct are the reading practices of African-American women in this era of Jim Crow laws that hugely impacted the ability of women to associate, certainly in the state of Florida.

If you could go back to the nineteenth century to change one thing, what would it be? I would want to change the archiving practices of major institutions and universities: so much women’s history, especially in the south, and especially of non-white, non-elite women, has been lost because archivists thought their activities of little importance in chronicling the history of America. I recently sat down with a lovely lady who will soon turn 102, and she knew Mary McLeod Bethune back in the day when Bethune was rallying Florida’s black women to the importance of their club work. What an inspiration! But the generation of women involved in the National Association of Colored Women’s Clubs, at least in the state of Florida, is dying off – what will happen to their records and to their previous memories when they’re gone? I’m kept up at night thinking about that!

What historical figure would you love to see in the 21st century? Well, I don’t know about “historical figure,” but if we can say “literary figure,” I’ve always wanted to meet Elizabeth Oakes Smith: she took to the Lyceum stage to speak out for women’s rights at a time when it was considered unladylike for a genteel woman writer to do so. Sarah Josepha Hale and others shunned her as a result. But in her day, she was well known and well-respected. In later life, she served as a minister at The Independent Church in Canestota, New York.

Who was your favorite professor in graduate school and why? I studied with Larry Levine, Roy Rosenzweig, and Mike O’Malley at George Mason University’s Center for History and New Media. But my favorite professor would have to be my mentor, Barbara Melosh. She went the “extra mile” for me, and as a 48-year old newly-minted Ph.D. with three previous careers under my belt, just entering the academic job market, and competing with much younger candidates, I felt I needed all the help she could provide. And provide it she did! She was everything a mentor should be and then some. She’s now retired from academia and a Lutheran minister. Do you see a pattern here in women writers-turned ministers? If I live long enough, I’d like my final career to be as a Unitarian Universalist minister.

What’s your favorite literary film adaptation? Kenneth Branagh’s Hamlet: I never tire of teaching it because the play comes alive for students once they’ve seen the Branagh film. My colleague, Dr. Marty Gould, hosted a recent NEH workshop on adaptations, which I believe Cameron Dodworth mentioned in his recent profile

Is there anything from the nineteen century you wished would come back into fashion? H-m-m: the one thing that actually HAS come back into fashion is “craft cocktails.” I recently toured the St. Augustine Florida distillery, set up in the city’s old “ice house,” and the dedication of the distillers to producing classic distilled beverages and cocktails from recipes originating in the late 19th and early 20th centuries is a trend I’ve seen as I visited upscale bars in other cities around the country. It’s a trend I welcome!