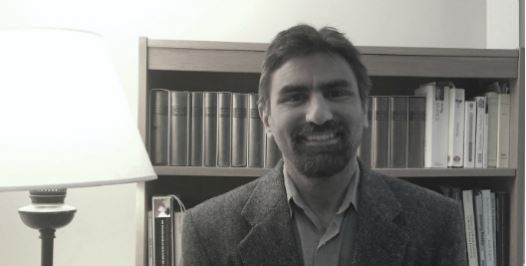 Joseph Acquisto is Professor of French at the University of Vermont.  This year, he published his third book, The Fall out of Redemption: Thinking and Writing Beyond Salvation in Baudelaire, Cioran, Fondane, Agamben, and Nancy, which claims that Baudelaire inaugurates a new kind of modernity by canceling the notion of redemption in his writing while also steadfastly refusing to embrace any of its secular equivalents, such as historical progress or salvation through art.  His other books include French Symbolist Poetry and the Idea of Music and Crusoes and Other Castaways in Modern French Literature, as well as the edited volumes Thinking Poetry: Philosophical Approaches to Nineteenth-Century Poetry and Poets as Readers in Nineteenth-Century France, the latter co-edited with Adrianna M. Paliyenko and Catherine Witt, forthcoming in October.  He is interested in the intersections of literature, music, and philosophy, and is at work on a book on listening in Proust.

Is there anything from the nineteenth century you wished would come back into fashion?: Streets lit by gaslight!

What is your favorite nineteenth-century quotation?:

[Am I not a discord
In the heavenly symphony,
Thanks to voracious Irony
Who shakes me and who bites me?]

Which country / decade of the nineteenth century would you like to live in if you could go back in time?: 1850s France!  Can you imagine being able to get your hands on a first edition of Les Contemplations, Les Fleurs du Mal, and Madame Bovary, all within a couple years of each other?  And all the more so if I could attend the obscenity trials of Baudelaire and Flaubert.  Not to mention attending premieres of works by Brahms, Liszt, Saint-Saëns… And then there’s the fact that if you stayed the whole decade, you’d have experienced Paris both pre- and post-Haussmann, if you could deal with all the construction and detours in between…

Which nineteenth-century fictional character do you wish were real?: To be honest, many of their authors’ lives are just as interesting as the characters’, if not more so!  Balzac and his caffeine-fueled all-night writing frenzies, Gérard de Nerval walking his pet lobster around Paris, Rimbaud’s life from beginning to end, Baudelaire showing up with green hair, having either tried to get attention that way or applied a green ointment to prevent balding, depending on which version of the legend you believe…

What was the last book you read: The Soul of the Marionette by John Gray, while rereading Adorno’s Aesthetic Theory, the former as part of an ongoing project of mine to develop of relationship between modern pessimism and ethics, which  I start to sketch in the last chapter of The Fall out of Redemption, and the latter as part of my new project on the role of listening in Proust, and because Adorno is, despite what so many people say, often such a joy to read.  I’ll give him the last word: “The ideal perception of artworks would be that in which what is mediated becomes immediate; naiveté is the goal, not the origin.”