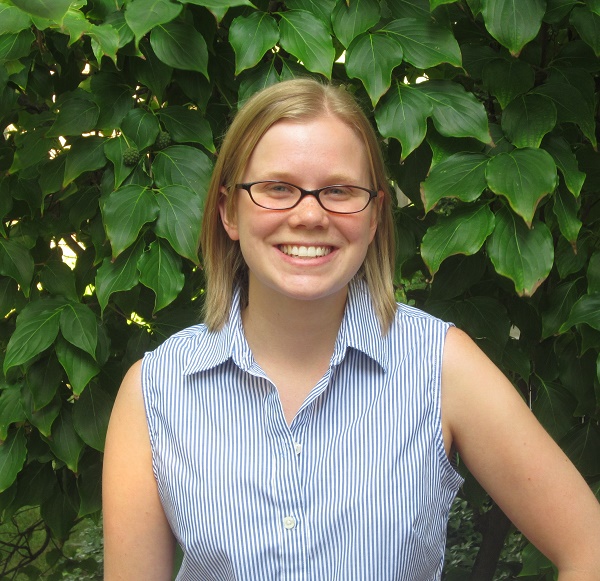 Amy Arbogast is a PhD candidate in the History Department at the University of Rochester.  Her dissertation, which she plans to complete and defend this year, examines the emergence of professional playwriting in the United States from 1870 to 1908, investigating why professional playwrights did not exist prior to this era and what conditions developed to make professional playwriting possible.  Although largely a cultural historian, her work also combines elements of business and social history.  Amy currently works as a lecturer for the Writing, Speaking, and Argument Program at the University of Rochester, where she teaches introductory writing courses and advanced public speaking courses.  In addition to finishing her dissertation, she is also working on an article that examines the evolving relationship between the new business class and American playwrights in the late nineteenth century and how that relationship provided validation for both groups.  She hopes to submit this article for publication this Fall.  Amy has attended the NCSA conference for the past two years and helped to organize the Graduate Student Caucus events for the 2015 conference.

If you could go back to the nineteenth century to change one thing, what would it be?  There are too many human rights violations in the nineteenth century to choose from – slavery, mistreatment of Native Americans, the lack of child labor laws, oppression of women’s rights (to name a few) – that to choose just one seems impossible.  I’ll take a lighter, more selfish course instead and answer the question from the perspective of a frustrated historian – I would make every theater attendee (legibly) record their reaction to the play that they watched, explaining if they liked or disliked it and why.  I get frustrated relying so heavily on the published words of critics to gauge the receptions of plays!

What historical figure would you love to see in twenty-first century life? I would love for Susan B. Anthony to see how far we’ve come and to comment on how far we still have to go.  Living in Rochester, New York, one of my favorite local traditions is visiting Susan’s grave and placing your “I voted” sticker there in honor of her on election days.  I would love for her to see that.

Which country / decade of the nineteenth century would you like to live in if you could go back in time? It would have to be the Gilded Age United States for me – I’m fascinated by every facet of it.  I don’t have a decade preference, but if I could go back to one particular event, it would have to be the Columbian Exposition of 1893. Learning about the tensions between the White City and the Midway my freshman year of college is really what set me on track to become a cultural historian.  I would also make sure to make my way across the street to watch Buffalo Bill’s Wild West while I was there.  I think I would pass on the World’s Fair Hotel, though!

Which nineteenth-century fictional character do you wish were real?  If we’re talking the long nineteenth century, my answer is Anne Shirley from Anne of Green Gables, no question. Sticking to the actual nineteenth century, though, there are several characters I have come across reading plays for my dissertation that I think would be fun to meet, or to at least see portrayed on screen.  George Washington Phipps from Bronson Howard’s The Banker’s Daughter would be hilarious.  Edward Harrigan’s Mulligan Guards, or any of his characters really, would be fun to watch in person.  I also have a soft spot for Jessica Hunter, a minor character in Clyde Fitch’s The Climbers who I think represents an interesting take on the New Woman.