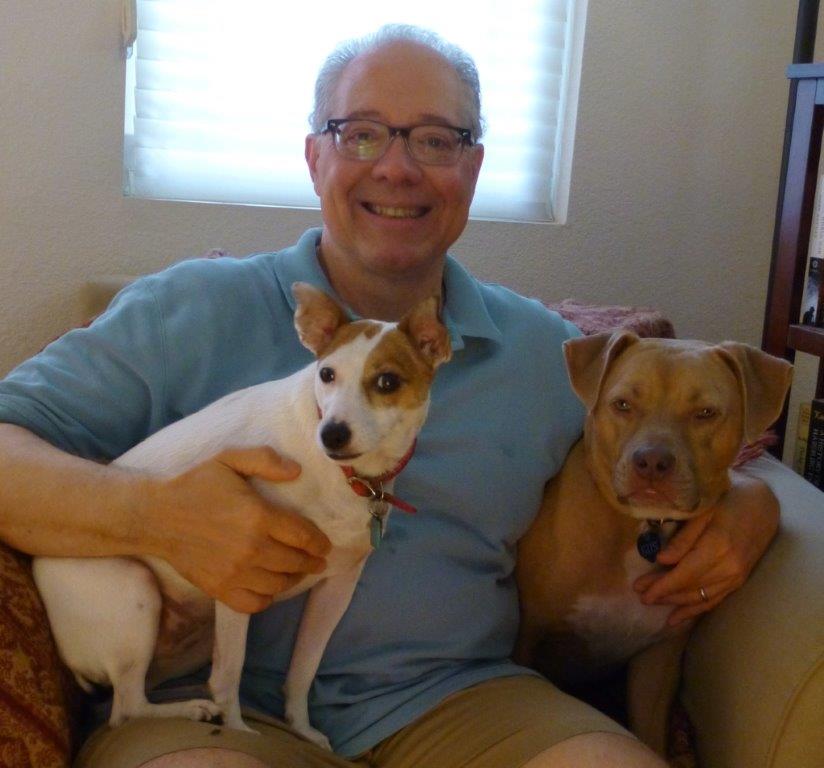 Schmidt’s film credits include serving as Assistant Producer on “The Silence,” an American Film Institute production nominated for a 1983 Academy Award best short dramatic film; writing a screenplay for Deja Vu, a 1984 Cannon Films feature starring Jaclyn Smith, Nigel Terry, Shelley Winters, and Claire Bloom; and writing the story for the “Tommy’s Lost Weekend” episode of the Warner Bros. sitcom Alice, which was nominated for a 1985 Emmy Award and received 1986 Letter of Commendation from Los Angeles County for its treatment of teenage alcoholism.

His academic articles on Byron, Conrad, Garibaldi, Godwin, Scott, Mary Shelley, and Wordsworth have appeared in such venues as the Byron Journal, the Journal of Anglo-Italian Studies, Nineteenth-Century Contexts, and The Wordsworth Circle, as well as in the anthologies Fictions of the Sea and Beyond the Roots: The Evolution of Conrad’s Ideology & Art, which just appeared in a Polish translation. His first book, Byron and the Rhetoric of Italian Nationalism, from Palgrave-Macmillan (2010), received an Elma Dangerfield Award from the International Byron Society.

Schmidt received an award as the 2013 Research Professor of the Year from CSU Stanislaus, where he teaches classes in Film, Literature, and Creative Writing. In 2015, he received an Andrew W. Mellon Foundation Fellowship to pursue research at San Marino’s Huntington Library. His three-volume, 24-play anthology of British Nautical Melodramas, 1820–1850 is forthcoming from Pickering & Chatto/Routledge in 2017.

Is there anything from the nineteenth century you wished would come back into fashion? Salons. I wish we had regular social spaces boasting sparkling conversation and challenging ideas. We have the academy and conferences, of course, and social gatherings with friends, but I’d love to attend a regular conversazione and circulate among the day’s great artists and thinkers as they forcefully, but politely, exchanged their thoughts.

What’s your favorite nineteenth century quotation? Probably from Wordsowrth’s Prelude: “Bliss was it in that dawn to be alive, / But to be young was very heaven!” We all have memories of formative moments in our youth, and if they’re not as monumental as the French Revolution, they still made us the people we are today.

Which country / decade of the nineteenth century would you like to live in if you could go back in time? Hard to decide, but probably Britain during the nineteenth century’s teens and twenties. I’d walk the Lakes with Wordsworth, ride horses with Byron, tour the Highlands with Walter Scott, perhaps sail a bit with Frederick Marryat, and visit the Venetian salon of Isabella Teotochi Albrizzi. In London, I’d attend Victorian theatre spectacles and see T. P. Cooke in Edward Fitzball’s The Flying Dutchman, watch the great comic actor Joseph Grimaldi play Clown in the Mother Goose harlequinade at Covent Garden. I’d hear speeches by Henry Hunt and John Thelwall, discuss slave narratives with John Jea and Mary Prince, and fiction with Jane Austen and Mary Shelley. I’d tour the fashionable parts of town with dandies like “Beau” Brummell and dine at the first Indian restaurant in England, Sake Dean Mahomet’s Hindoostanee Coffee House near Portman Square. My bags are packed…when can I leave?

Which nineteenth-century fictional character do you wish were real? Joseph Conrad’s Marlow, because of his insight and experiences. I’d sit outside, breathing the sea air on a warm night, and hear him spin his tales, losing myself in the convoluted syntax of his sentences. Got a couple of questions about race and imperialism to ask him, of course, but mostly I’d just luxuriate in his voice.

What was the last book you read? Georgiana, Duchess of Devonshire’s The Sylph, a very entertaining and teachable coming-of-age novel bursting with seduction and subterfuge, gambling and bad marriages, that ends with true (and very reasonable and class appropriate) love. (This is, after all, a pretty scandalous novel justified by its “moral.”)

If you could go back to the nineteenth century to change one thing, what would it be? The early deaths of so many great authors. I’d have insisted that Percy Bysshe Shelley take swimming lessons, hastened the invention of antibiotics for John Keats, and somehow helped Byron to go on. Each of them wrote promising tragedies. Perhaps longer lives would enable them to compose works in their maturity that fulfilled the promise of those earlier plays.