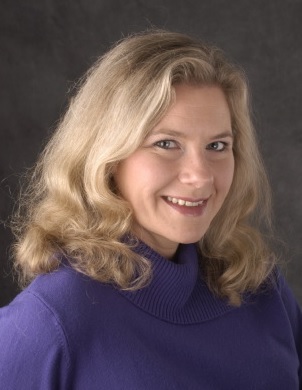 Julia O’Toole is currently pursuing a Doctorate Degree in Historical Musicology at Boston University, completing her dissertation Comedy and National Identity in the Music of Antonín Dvořák’s Comic Operas. Dvořák’s oeuvre encompasses almost every category of sacred and secular music, including songs, chamber music pieces, large choral-orchestral works, symphonies, and symphonic poems. Yet in a 1904 interview, Dvořák himself said that opera was “the most suitable form for the nation.”[1] Even so, many of his operas are relatively little-known. Often thought of as a “symphonic composer,” his body of work includes ten operas – one more than his nine symphonies. The music in Dvořák’s comic operas is the umbrella under which comedy and nationalism meet. The comic dimension may have provided an acceptable outlet for nationalist expression, or the pressure of nineteenth-century cultural politics may have called for comic relief. Whatever the motivation, the juxtaposition of comedy and nationalism is illustrated and served by Dvořák’s compositional choices.

Beginning her musical career as a singer, Julia has since discovered that her passion to perform lies with conducting choral-orchestral repertoire.  She is founder and Artistic Director of Calliope, Boston’s collaborative choral/orchestral ensemble (www.calliopemusic.org). In this capacity, she leads professional, semi-professional, serious amateur, and conservatory students, including both instrumentalists and singers.

If you could go back to the nineteenth century to change one thing, what would it be? The burning of the newly-opened National Theatre in Prague. So much thought and labor went into the design and construction of this important symbol of the Czech National Revival, and just two months after the grand opening, the theater burned. In the end, people of all social stations and economic standing came together to raise the funds to rebuild, an inspiring gesture of national pride. But the initial loss was emotionally difficult for the people of Prague at a very challenging period in their history.

What historical figure would you love to see in twenty-first century life? Antonín Dvořák. In some ways, he has been romanticized or demonized, particularly in the US. I believe there is much more to the man that we have the privilege of knowing with the sources that currently exist. His composition (particularly while here in America) was influenced by unusual and controversial sources for the time (including plantation songs, Native American dance, and Bohemian folk music) and he embraced this “otherness.”  Although not familiar to many, his opera music is inspired, intelligent, and beautiful. It would be fascinating to know more about his artistic process, and to consider what he might create with advances that have occurred in the last one hundred years since his death.

What’s your favorite film set in the nineteenth century? A Christmas Carol – there are many adaptations of this Dickens classic, but the 1984 film with George C. Scott in the title role makes an appearance every holiday season at my house. The 1938 black and white version with Reginald Owen as Scrooge is also fun. The story so artfully juxtaposes the tragedy and hardship of the period and locale with the hope and generosity indicative of the season. Of course everyone loves Tiny Tim, and applauds the change in Scrooge, but for me, Fezziwig (the merry and generous businessman with whom Ebenezer apprenticed), nephew Fred, and Bob Cratchit most genuinely embody the Christmas spirit. As a child, I always though The Ghost of Christmas Present (a clever double entendre) was Santa Claus. Even in black and white, he is so magnificent!

Is there anything from the nineteen century you wished would come back into fashion? I love the floor-length skirts embellished with silk ribbons and lace, especially when combined with the square neckline. Realistically not very practical, but so beautiful and feminine!

What’s your favorite nineteenth-century quotation? There are two: “Mankind was my business!” from Dickens’ A Christmas Carol, and another Dickens’ quote, “No one is useless in the world who lightens the burden for anyone else.” Both are timeless aspirations yet require an approach to the present that is deliberate and purposeful.