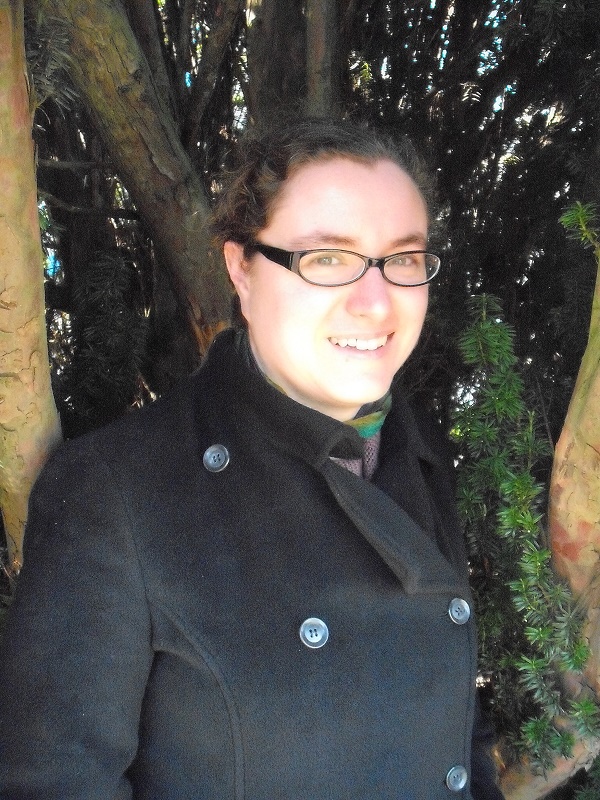 Erin Louttit is an independent scholar. She lives in the Netherlands, where she has taught at Radboud University. Her PhD was awarded by the University of St Andrews for her thesis “Rudyard Kipling and Victorian Buddhism,” and her research interests in include literary faiths, gender, popular culture, the supernatural, and Victorian literature and culture. Her hobbies include walking and needlework, and one day if she lives in a larger flat she would like to adopt smelly, scruffy rescue dogs.

What was the last book you read? For regular reading, it was The Young Diana by Marie Corelli. I know that Corelli divided, and still divides, opinion, but I’m willing to say unashamedly that I find her worth reading. I really enjoyed rereading this novel. The Young Diana was published a bit later than some of her better-known novels, but it’s tremendous – science fiction meets conservative feminism combined with a social revenge plot. What’s not to like?

My most recent bedside book was Lady Addle Remembers. It parodies Victorian aristocratic memoirs very amusingly, and the photographs of her charming family members are not to be missed.

If you could go back to the nineteenth century to change one thing, what would it be? At the risk of sounding horribly flippant, I would say something that would make it easier to conduct research now. I wouldn’t change something that would considerably alter history, but I would like to nudge subtly. From a purely selfish perspective, I’d like to prompt an attitude towards preservation that would be even greater than what existed. There is more to study than is possible to fit into one lifetime, but I would still like to ferret out more – more obscure things, and just more generally, from correspondence of now-forgotten figures to complete penny bloods.

Is there anything from the nineteenth century you wished would come back into fashion? I’m a bit of stationery nut, so I would have to say that. I prefer to write by hand, whether it’s letters to a friend or an academic article, and I like the idea of actually having blotting paper on hand instead of ending up with inky fingers, as I usually do. It is just an idea, though – I might not take to quill pens as much as I imagine I would.

So, I have seen a man killed! An experience that, among others!

Yes, I suppose I have; although I can hardly be certain.

And in a court of justice could never declare I had seen it.

But a man was killed, I am told, in a place where I saw

Something; a man was killed, I am told, and I saw something.

I think very highly of Clough’s poetry generally, and I have a particular fondness for Amours de Voyage. As well as explaining quite a bit about Claude’s personality, for me, this passage encapsulates many of the things that I find so gripping in Clough’s work. There are questions of memory, equivocation, and self-doubt, and the very confusion makes it more human. At the same time, there are subtle changes in register and repetition with telling variations: it’s polished and balanced while retaining the rawness and uncertainty of the scene.

Which nineteenth-century fictional character do you wish were real? One of the monsters that isn’t really a monster. There are plenty of frightening characters who are not straightforwardly villains, but I think I would choose the title character from Jane Loudon’s The Mummy! A Tale of the Twenty-Second Century despite his relatively small role in a book with his name on the cover. Knowing what he thought of the present would be most informative. I like mummies generally in fiction and in film, from Loudon to Bubba Ho-tep and some of the wonderful Hammer films (although I certainly wouldn’t want the creature from “Lot No 249” to be real). They reflect preoccupations and creative reimaginings as much as some of the more commonly read or seen monster characters, and the way they’re often conceived of as both of and outside of the nineteenth century fascinates me.