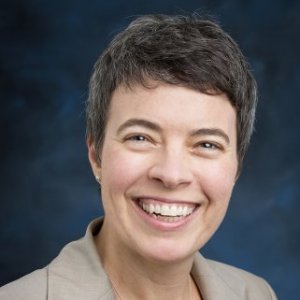 Molly Youngkin is Professor of English at Loyola Marymount University, Los Angeles, where she specializes in nineteenth-century British literature and teaches courses in Victorian literature, as well as gender studies and narrative theory. Her first book, Feminist Realism at the Fin de Siècle: The Influence of the Late-Victorian Woman’s Press on the Development of the Novel (Ohio State UP, 2007), examines the influence of feminist ideals in the debate over realism in the work of men and women authors writing in the 1890s. She also has published an annotated edition of Sarah Grand’s 1888 novel Ideala (Valancourt Books, 2008), which was one of the earliest New Woman novels and helped lay the foundation for the intellectually independent woman of the 1890s. Her latest book, British Women Writers and the Reception of Ancient Egypt, 1840-1910: Imperialist Representations of Egyptian Women (Palgrave Macmillan, 2016), focuses on British women writers’ knowledge of ancient Egypt and how this knowledge influenced their writings about women’s emancipation.

What was your favorite discovery / serendipitous moment when conducting research on the nineteenth century? Reading about the periodical Shafts in Kate Flint’s The Woman Reader, 1837-1914 and realizing that I had a mine of information for my dissertation, which later became my first book, Feminist Realism at the Fin de Siècle. It was Flint’s description of Shafts (1892-1899) as a “liberal-feminist” periodical filled with “literary criticism which . . . selects particular books relevant to the interests of forward-thinking women” (151) that compelled me to start searching microfilm copies of the periodical (now available in digital format) for reviews of New Woman novels written in the 1890s, to see if Shafts’s reviewers held men and women authors to the same standard. What I found, and what became the central argument of my dissertation and first book, was that, regardless of an author’s gender, reviewers did use the same standard for assessing novels: did the author represent woman’s agency through consciousness, speech and action?

Further, I found that reviewers typically emphasized the positive contributions made by men and women to the cause of advancing women’s rights through representations of the New Woman rather than criticizing them for their failures to contribute to the cause, a discovery that helped me understand the roots of twentieth-century feminism in a way I had not understood it before.

What is something you have learned in the last month about the nineteenth century? That the American periodical Peterson’s Magazine ran an image of Egyptian pharaoh as a pattern for a “crazy quilt” appliqué in its October 1884 issue. The Director of Special Collections at my university, Cynthia Becht, sent me a photograph of this pattern after hearing about my new book, British Women Writers and the Reception of Ancient Egypt. I thought I understood the extent of Egyptomania in the 19th century, but this image really brought it home for me!

If you could know the truth about any nineteenth-century historical moment, event, or person, what / who would it be? Was rain really a factor in the failed April 10, 1848 Chartist demonstration in Kennington Common? I have read differing accounts of the weather that day and would like to know whether rain really brought an end to the Chartist movement. It makes for good commentary when I’m talking about this event in my classes, but I’m not really sure whether this account is accurate.

If you could choose anyone from the nineteenth century, who would you pick as your mentor? George Eliot. I have always enjoyed reading her novels, but while working on my new book, British Women Writers and the Reception of Ancient Egypt, I realized just how well-read she was. While part of the point of my book is to show how Eliot and other women writers—Florence Nightingale, Katharine Bradley and Edith Cooper (writing as “Michael Field”), and Elinor Glyn—were influenced by imperialist discourse as they encountered representations of ancient Egyptian women (both directly through travel to Egypt or indirectly through reading about Egypt), I acknowledge that Eliot read extensively about ancient Egyptian culture. We can be certain that Eliot read Edward Lane’s An Account of the Manners and Customs of Modern Egyptians (1836), John Gardner Wilkinson’s Manners and Customs of the Ancient Egyptians (1837), and Amelia Edwards’s A Thousand Miles Up the Nile (1876), and it is likely she read other books on this topic as well. Although these texts analyzed Egypt from a British imperialist perspective, Eliot’s notes about these books show how deeply Eliot understood the broader issues around ancient Egyptian culture, such as how ancient Egyptian religion might be viewed through a comparative mythology lens. If she were my mentor, I think Eliot would encourage me to read widely and deeply, even though my own culture continues to use imperialist discourse in its representation of world issues.

If you could witness any event from the nineteenth century, what would it be? Probably Oscar Wilde’s trial. The transcripts tell us quite a bit about what happened, but they cannot capture the mood entirely.