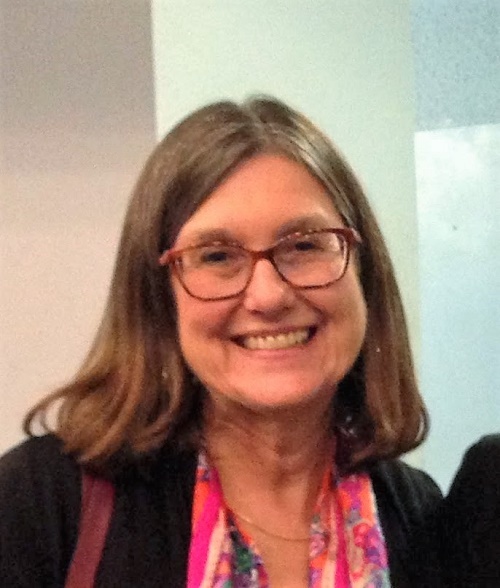 Meri-Jane Rochelson, a past president of NCSA, is Professor Emerita of English at Florida International University, where she was affiliated with the programs in Women’s and Gender Studies and Jewish Studies.  She is the author of A Jew in the Public Arena: The Career of Israel Zangwill (2008), editor of Zangwill’s 1892 novel Children of the Ghetto (1998), and co-editor of Transforming Genres: New Approaches to British Fiction of the 1890s (1994).  Meri-Jane has just completed a Broadview Edition of Israel Zangwill’s 1908 play The Melting-Pot, which should be available for spring course adoption. A more personal monograph, Eli’s Story: A Twentieth-Century Jewish Life, is forthcoming next summer.

What was your most exciting nineteenth-century research discovery? My most exciting research discovery was finding a trove of approximately 300 letters and postcards from the late-Victorian fiction writer Mabel E. Wotton to Israel Zangwill, the Anglo-Jewish writer I had been working on for years.  I had often taught Wotton’s story “The Fifth Edition,” but headnotes typically said that little was known about her life, although we can judge from this story that she was bitter toward male authors and authorship.  Well, the letters proved to me that nothing was further from the truth, but even more remarkable was the way I found them.  I had long known that there was a file in Zangwill’s archive at the Central Zionist Archives, Jerusalem, labeled “Margaret Wotton.”  Having long wondered whether Margaret might be a relative of Mabel’s I finally, in 2004, requested the file.  To my amazement, when I opened the file folder the first thing I saw was a letter signed “Mabel E. Wotton.”  Then there were lots of others with the same signature, and others more signed “Faithfully yours, Margaret.”  Reading them all, I discovered that Mabel Wotton and Israel Zangwill had been close friends from 1895 until his death in 1926, and that she was the model for a character in his 1900 novel The Mantle of Elijah–a character named Margaret.  I immediately wrote an article that was soon published in English Literature in Transition: 1880-1920.  You can find it via Project MUSE: “The Friendship of Israel Zangwill and Mabel E. Wotton: ‘Faithfully yours, Margaret,'” ELT: 1880-1920 48.3 (2005): 305-323.

What story do you always tell your students about the nineteenth century? Since I am now retired, I need to put this in the past tense.  But I would always start my late Victorian course by telling my students about how many items in their daily lives that they consider “modern” were in fact products of the late-19th century: the telephone, the camera, electric lights, etc.  I know, these are all very quaint now, but they were more relevant at the time.  However, I could never assess just how much of an impact that statement made.  Then, about 25 years ago, I had the opportunity to teach a story of my choice to a group of gifted fifth-graders at my son’s public elementary school–and, yes, my son was in the class.  I chose Oscar Wilde’s “The Happy Prince,” which the students loved, but they were also fascinated by that little introductory lecture.  It warmed my heart, and I continued to use it confidently with my college students after that.

What is your first memory of being really excited about the nineteenth century? I think this would have to be when I gave a presentation on phrenology for the master’s level George Eliot course I took my first semester as a grad student at the University of Chicago.  The class was taught by Diana Postlethwaite, who became a lifelong friend.  Early in the semester she asked for volunteers to do research and present on topics related to George Eliot’s life.  I had been a political science major in college, and although I had made up the literature credits I needed while getting a first master’s in teaching, I still did not feel like a scholar and I guess I needed something to convince me of my abilities as quickly as possible.  That is the only reason I can think of for why I signed up for the very first presentation, on phrenology.  I found the research fascinating, and it gave me an unusual perspective on the Victorians from that point on.  I became an expert in something central to Victorian life and thought that was likely peripheral to most other graduate students.  I became excited, then, about the nineteenth century and its possibilities in and outside of literature.

What do you imagine would be your favorite time of day/day of the week/month of the year in the nineteenth century? I think it would be dusk, probably in autumn, and in a northern climate.  I live in South Florida, and it is generally not a happy time when we experience the power outages that accompany hurricanes.  However, after about ten days without electricity after Hurricane Wilma in 2005–and unseasonably cool breezes coming through the open window where I was reading–I found myself a little sad to suddenly hear the hum of the air conditioning and see the bright lights coming on in the kitchen, next door to where I was seated.  I realized that I had been having a lovely taste of what it might have been like to live in the nineteenth century, and I was sorry that it was over.  It was a liminal time of day, and I knew I would soon have to close my book and think of something else to do.  With the lights on, I could keep reading, but it wasn’t the same.