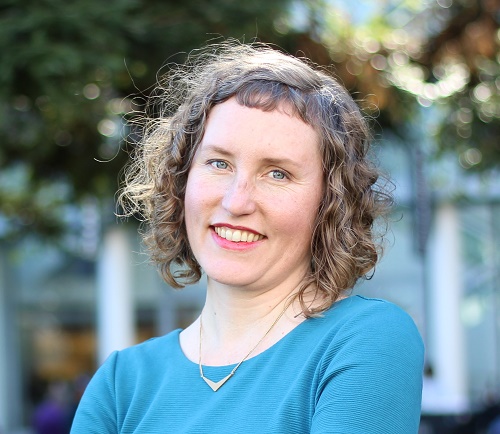 Kyla Schuller is Assistant Professor of Women’s and Gender Studies at Rutgers University, New Brunswick, where she investigates the intersections between race, gender, sexuality, and the sciences. Her book The Biopolitics of Feeling: Race, Sex, and Science in the Nineteenth Century (Duke University Press, 2018) exposes sentimentalism as a technology of population management. Her work has been supported by the ACLS and Stanford Humanities Center and has appeared in American Quarterly, GLQ, Configurations, The Leviathan, and other venues.

What story do you always tell your students about the nineteenth century? I often tell my students about the so-called “orphan trains,” or the migration of 200,000 youth from urban East Coast cities to rural areas between 1854 and 1929. I explain how the founder, Charles Loring Brace, argued that migration would evolve the children of immigrants into Americans—a framework he developed through Lamarckian readings of Darwin. Most of my students (and colleagues in literary and gender studies) have never heard of the phenomenon, which captures so many aspects of the nineteenth century: the role of orphan management in settler colonialism; eugenic programs rooted in ideas of biological plasticity, rather than fixity; population management via sentimental tactics; shifting ideas of whiteness; and many more. The orphan trains are the subject of chapter 4 of The Biopolitics of Feeling, part of a broad pre-genetic strategy to change the heritable qualities of the “uncivilized” that I call biophilanthropy.

If you had the freedom to work on only a research project about the nineteenth century for an entire year, what would it be? I am really interested in the career of Lydia Folger Fowler, who was both one of the very first licensed women physicians and a phrenologist. Her husband and brother-in-law were the leaders of American phrenology, and she worked with them for years (sometimes unacknowledged) and blended emergent allopathic medicine with phrenology in popular books for families as well as a temperance novel. I haven’t done much research yet, but I think she would be a really interesting angle onto the consolidation of U.S. biomedicine and its errant paths. She also would be, I suspect, an interesting angle onto the formative role of biological discourse in the emergence of feminist politics and subjectivities. My next major project rethinks the sex/gender distinction in light of the ontological turn, but I am beginning a smaller side project on Folger Fowler.

What is your first memory of being really excited about the nineteenth century? As a child fan of the Laura Ingalls Wilder books. It was such a revelation to learn about settler colonialism in graduate school and to realize how it was part of the structure of my emotional and psychic life from an early age, via these books in particular. I’m sure that in some way this is part of the trajectory that led me to writing a book that argues sentimentalism functions as a biopolitical technology. The celebration of nineteenth-century white women in the West as frontier heroes is so tied up with the broader structures of biopower and its axes of capacity/vulnerability vs. lives consigned to static disposability.

If you could become best friends with someone from the nineteenth century, who would that be? I don’t know about best friends, but it would have been fascinating to know Dr. Mary Walker. She was also one of the first women physicians, and an all-around rebel: Union army spy in the Civil War; tuxedo and top-hat wearer who bragged of her arrests for cross-dressing; and author of a sex advice book addressed “to gentlemen” that advises fathers to teach their daughters how to crush the testicles of rapists and presents the vagina of the civilized woman as the most advanced neurological structure of humankind. She’s far from an untarnished hero—rather, she perfectly captures how both white feminism and queer subjectivity were articulated through deploying hierarchies of racial capacity and feeling that legitimated expanded life choices for white subjects. In other words, these new subject positions cohered through contrasting the impressibility, or plastic potential of whiteness, with the assumed fixity of the non-civilized. For this reason, having a chance to better understand her positions would be enlightening. And she had a lively way with language. She called women’s fashion in the 1870s, for example, “ever changing, extravagant, licentious, debilitating, diseasing, immoral doll-baby dress.”