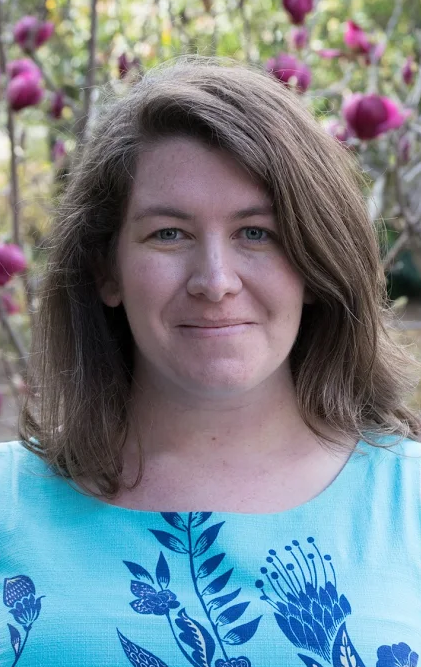 Anne Sullivan is a PhD candidate and lecturer at the University of California, Riverside, where she specializes in researching and teaching Victorian literature and media history. Her dissertation, “On Fire: Industrialization, Media Technologies, and the Imagination, 1800-1900,” addresses a gap in literary and media scholarship by recovering the material and affective history of fire as a media technology. Sullivan recently co-edited an issue of 19: Interdisciplinary Studies in the Long Nineteenth Century with Kate Flint titled “Technologies of Fire in Nineteenth-Century British Culture.” The issue includes an article drawn from the first chapter of her dissertation, which argues that fire-gazing is an outmoded form of producing moving images, as well as essays about mechanical and representational technologies, such as tallow candles and spontaneous combustion, theatrical pyrotechnics, Turner’s fires, volcanic fire, solar flares, fireworks, funeral pyres, and a coal-ship conflagration. In the past few months, Sullivan has begun presenting work from the early stages of her second book project on nineteenth-century astrophotography, which grew out of her own experiments with photographing the Milky Way and the 2016 Perseid meteor shower.

If you had the ability to tour the nineteenth century for one hour and you could visit as many places / events as you could, regardless of distance, how would you build your itinerary? My journey would begin on a cold November night in Boston to watch the famous “meteor storm” of 1833. In addition to boasting a spectacular display of thousands of meteors per hour, the event led to the later realization that meteor showers were periodical and relatively predictable. Skipping ahead to 1858, I would somehow convince Tennyson to let me accompany him to Swainston Manor on the Isle of Wight to view the Comet Donati. Of the seven great comets that appeared in the nineteenth century, Donati’s is considered to be one of the most aesthetically striking. Then I would pause somewhere in space and time to attend one of Charles Dickens’s live readings of A Christmas Carol – even if just for ten minutes – before zipping along to my final stop in London on 16 October, 1834: the night the Houses of Parliament burned down. That destination may seem to betray a hidden predilection for pyromania, so let me provide some context. An estimated 10,000 people gathered to watch the blaze that erupted after two laborers inadvertently overtaxed the House of Lords heating system while incinerating the antiquated Exchequer tally sticks. Spectators clambered onto rooftops, crowded bridges, and surrounded the Palace of Westminster. Since there were no fatalities, I would not feel too guilty about becoming a spectator myself and experiencing an event also witnessed (from different vantage points) by Mary Wollstonecraft Shelley, Thomas Carlyle, and J. M. W. Turner.

What is the movie, TV show or book set in the nineteenth century that has most resonated with you? There are so many, but if I had to pick one I would choose Emma Thompson’s brilliant adaptation of Sense and Sensibility (1995). I remember seeing the film in theaters with my mom and sisters, a memory that surfaced again when I re-watched it recently. While my younger self loved the emotional angst of the marriage plots, I have returned to the film over the years because of how Thompson’s script, Ang Lee’s stunning cinematography, and Patrick Doyle’s film score (one of my favorite soundtracks to listen to while writing) frame the Dashwood sisters’ relationships with their mother and each other.

What is your favorite mode of nineteenth-century transportation? My favorite mode of nineteenth-century transportation to read about, but not one that I would want to experience necessarily, is the Vesuvius funicular railway. According to an 1884 copy of Cook’s Tourist’s Handbook for Southern Italy, the funicular could transport twelve people to the volcano’s summit in seven minutes. I researched the funicular for one of my dissertation chapters and found the juxtaposition of the tourism industry’s clockwork predictability and the ever-present threat of subterranean fire startling and fascinating. (The funicular closed in 1944 after it was damaged – yet again – by lava). What nineteenth-century sound would you love to hear? If I had any time remaining in my one-hour time traveling jaunt, I would visit Vienna in December 1813 to hear the first performance of Beethoven’s Seventh Symphony and the multiple standing ovations that the second movement, the Allegretto, received. I’m not a classical music connoisseur, but that piece has been a personal favorite of mine for a long time.

If you threw a nineteenth-century themed party, what would it be like and what would it be for? As one of the Graduate Student Directors, or “Cruz Directors,” for the 2015 Dickens Universe, which is held annually at the University of California, Santa Cruz, I had the good fortune of co-hosting a number of nineteenth-century themed parties. For those who are unfamiliar with Dickens Universe, participants convene in the evening to celebrate after a full day of lectures, seminars, and workshops. Many of these convivial gatherings are themed with accompanying decorations and activities, and my fellow Cruz Director Kevin Sigerman and I worked together to create scenes and references from the selected texts for that year: American Notes and Martin Chuzzlewit. One night we all wore (admittedly anachronistic) Liberty crowns and drank Sherry Cobbler (references from American Notes), and, on a separate night, we recreated the interior of the Blue Dragon Inn from Martin Chuzzlewit and the evening culminated in a group of nineteenth-century scholars dancing in front of a life-size painted fireplace.