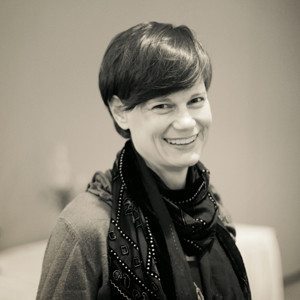 LeeAnne M. Richardson is an Associate Professor of English at Georgia State University, where she teaches classes in Victorian British literature and culture, as well as courses on Oscar Wilde, the Irish Easter Rising, and World War One. Her research focuses on late-nineteenth- and early-twentieth-century literature, especially the ways generic forms and markers intersect and interact with discourses of gender and imperialism. She is currently working on a book manuscript extending the argument of her recently published essay in Nineteenth-Century Gender Studies, “Turn of the Century Women’s Poetry: Skirting the Problems of Periodization,” which proposes a new period category—turn of the century women’s poetry—wedded to a new formalist approach. Her first book, New Woman and Imperial Adventure Fiction: Gender, Genre and Empire (2006) explored the fiction of the same period. She has also published essays on Olive Schreiner and Flora Annie Steel, as well as on Edwardian fiction.

What is something you learned in the last month about the nineteenth century? I was astonished to learn, in the course of researching a chapter on verse drama by Michael Field and Dollie Radford, how many more verse dramas were written in the nineteenth-century than I realized. I had read Shelley’s Prometheus Unbound as a graduate student but hadn’t read any other verse drama until I worked on Dollie Radford. (Her verse drama The Ransom was performed in 1912 and published in 1915.) I had, of course, heard of The Cenci (although I hadn’t read it) because so many of the socialist-aesthetic poets I study had praised it. And I knew that Tennyson wrote a drama about Queen Mary and that Swinburne’s Atalanta was a drama, but I had neither been exposed to these texts in my schooling nor considered that I ought to school myself. In short, I had no idea that the verse drama form was not nearly as dead as I had been led to believe: Swinburne published twelve verse dramas, Tennyson seven, Browning eight. To be sure, these poets’ lyric output is larger than their dramatic writings, but this context makes Michael Field’s twenty-odd verse dramas much less startling than they first appeared to me.

What was the last book you read? I finished Philip Roth’s The Plot Against America over the weekend, in part because I’m always interested in seeing if highly-praised contemporary novels can measure up to those of the nineteenth century. Roth comes close, with a child-narrator along the lines of Great Expectation’s Pip—confused by the contradictory actions of the adults around him and looking for how he fits into the large and frightening world that too quickly opens out to him. Roth creates an utterly compelling voice and worldview. I definitely enjoyed his novel—but not enough to displace my favorite nineteenth-century novelists or characters. I am currently in the midst of reading two other books: Marion Thain’s The Lyric Poem and Aestheticism (2016) and Elizabeth Helsinger’s Poetry and the Thought of Song in Nineteenth-Century Britain (2015). It’s fascinating to read these two texts in tandem. Helsinger stresses the origins of lyric poetry in song in order to argue that the lyric form retains its ties with music to tap into non-verbal/non-discursive/non-linear/non-rational modes of thought. Aside from language, poetry can access a different kind of thought process that derives from rhythm and repetition, and thereby create different ways of knowing. Thain, on the other hand, spends her first chapter stressing the “totalization in print” that the form underwent in the course of the nineteenth century, so that, by the 1880s, the link to aurality and song was broken. She argues that knowledge of this break fueled both anxiety and innovation in the form. Interestingly, although their arguments seem at first blush to work at cross purposes, each is informing and enriching my reading of the other—and their common stress on the history of lyric and the ways in which Victorian writers respond to that history provides many points of contact in their readings and arguments.

What was the first nineteenth-century-themed item you bought with your own money? I don’t remember buying anything specific to the nineteenth century until I needed books that were hard to find in the library. Writing a dissertation on New Woman novels, I haunted Bloomington’s used bookstores for then out-of-print Virago editions from the 1970s. Digitization has made this largely unnecessary, although I will always choose a real book over an electronic one, or bound and typeset pages over a printout. Moreover, those original copies often carry hidden treasures. I bought a first edition of Olive Schreiner’s The South African Question (1899), her non-fiction study of the march toward the Boer War and an indictment of British action on that front. The book came with news clippings about the war’s conclusion pasted into the end papers. Underneath the title, its original owner had written, “Peace without honor.” I received not only a text of Schreiner’s work but also an index of public response to it and to the historical events that engendered it. If you could become any nineteenth-century fictional character, whom would you choose? This question has made me consider whether or not I’m a good person! Thinking of my favorite characters in this light, I realize that nearly all of them led quite miserable lives. I’m chagrined that I could be so unfeeling that I enjoy their suffering; Schadenfreude is not a quality that I realized I so thoroughly possessed! So while I admire Maggie Tulliver’s perseverance and fidelity, Jane Eyre’s determination and imagination, Mina Harker’s no-nonsense attitude and independence, I would not want to be any of these characters. Those who don’t suffer in Victorian novels, though, tend to be insufferable: I’m even less inclined to be one of the Bounderbys or Bulstrodes of the world. If I had to choose, I’d rather be poor Stephen Blackpool, perpetually in a muddle, than that bully of humility Bounderby.

If you had the opportunity to go back to the nineteenth century and have one two-hour dinner with one person, with whom would you want to dine? I will cheat and choose Michael Field, the composite poetic identity of aunt and niece Katharine Bradley and Edith Cooper. I would be happy to sit silently in the room as they talked: to hear their banter, to see them compose their poetry, to experience their erudition. And as long as I’m already stretching the rules, I will also invite Olive Schreiner along. As far as I know, they were not acquainted—but I think they would appreciate the introduction. All of these women had fascinating life stories and experiences that explode stereotypes of “Victorian womanhood.” All three were intimidatingly intelligent, strong-minded, ethically engaged, and astonishingly creative. And because none of these women were reluctant to speak their minds, their dinner conversation would undoubtedly be lively—and perhaps even produce a few fireworks.