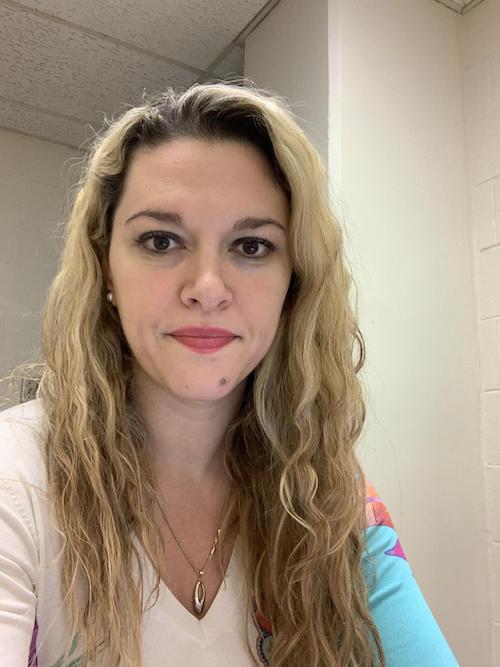 Ani Kokobobo received her B.A. from Dartmouth (2005) and Ph.D. from Columbia University (2011). She is currently Associate Professor and Director of Graduate Studies in the Slavic Department at the University of Kansas as well as editor of the Tolstoy Studies Journal. She has published a monograph, Russian Grotesque Realism: The Great Reforms and Gentry Decline (Ohio State University Press, 2018), as well as two coedited volumes: Russian Writers and the Fin de Siècle—The Twilight of Realism (Cambridge University Press, 2015); and Russia’s Regional Identities: The Power of the Provinces (Routledge, 2018). She has written over 20 academic articles, and her writing for the public has appeared in The Washington Post, Salon.com, The New Republic, Business Insider, and the Los Angeles Review of Books.

What are you doing in the nineteenth-century classroom that incorporates Digital Humanities / New Media scholarship? I taught a course on Leo Tolstoy’s War and Peace and digital humanities a couple of years ago. We used StoryMapJS in class in order to track the geographical movements of various characters, which helped bring out a whole new spatial dimension to the novel. This particular tool was interesting because it also integrates chronology into the mapping, and it showed us how characters developed in both time and space. For instance, the author showed most characters developing mentally and intellectually far more outside the realm of the centers of power (large cities like Moscow and St. Petersburg) than within them.

We also made word clouds, used other mapping tools like Carto, and had a two-day R coding training. Some of my more ambitious students used R to analyze Tolstoy’s use of French in the novel. Although we as readers often experience the author’s use of French as obtrusive, thus leading us to overestimate its quantity, the students discovered that French makes up only 2% of the overall text of the novel.

What story do you always tell your students about the nineteenth century? I like to tell stories about Fyodor Dostoevsky. Those familiar with the author’s biography will remember that before being sent to Siberia for four years of forced labor—for being a member of what was known as the Petrashevsky Circle, which was little more than a glorified socialist book group—the author suffered through a mock execution in 1849. I like to tell students how, at Nicholas I’s behest, a group of condemned men that included Dostoevsky in its midst were put through the ritualistic performance of the execution, complete with all the preparations. It was only after the men were absolutely certain that they would die that the tsar’s pardon was finally announced. Dostoevsky experienced the end of his life in a sense, which he later describes in his novel The Idiot as an absolute stretching and slowing down of time. With the sentence commuted, Dostoevsky went to Siberia where he changed profoundly, immediately renouncing his socialism. The irony of the mock execution is that the men, confronted with their own deaths, had to eventually feel grateful for the mercy of Nicholas I, the man who put them in the gallows in the first place. I like to use this as an illustration of the arbitrariness of autocracy in Russia and of the essential vulnerability confronting individuals.

What historical figure would you love to see in twenty-first century life? Leo Tolstoy. Because he is my favorite writer and had a deeply paradoxical relationship with technology. On the one hand, Tolstoy was a Luddite who was uncomfortable with technology and all the ways in which it dehumanized human life—think about the train in Anna Karenina, which eventually claims the life of the heroine. On the other hand, in his later years Tolstoy used the gramophone and talked about making films for the uneducated masses. Why? Because as much as he had problems with technology, he also saw its utility for spreading information and making it accessible to a broad population base. Fast-forwarding to the twenty-first century, I’d love to see Tolstoy navigating Twitter, which he very likely would do terribly, but he would probably love to have followers cum disciples who could spread his message. In his later years, Tolstoy developed strict religious ideas and ideas about art, which included being able to spread his message to a broad audience. So I would love to see him equipped with the kinds of broad audiences that social media grants.

Likewise, since I’m currently writing a book about Tolstoy and gender/sexuality, I would love to see his take on twenty-first-century technologies of love, like dating apps. Tolstoy was a preacher of sexual abstinence in his later years, so I’m sure he would find apps like Tinder completely unacceptable due to their tendency toward casual connection and meaningless sex. In general, it would be fun to envision Tolstoy on a daytime TV talk show, sharing his take on dating apps and the kinds of absurd algorithms they employ in predicting human compatibility. “All apps are unhappy in their own way.” It is also funny to imagine what the Tinder profile of a Tolstoyan might look like. Perhaps something like: Ivan, 6’2″, manager at Tolstoy Inc., vegetarian, pacifist, does not believe in intercourse, and naturally does not want kids. Fun activities include mowing the grass, protesting military funding.”

Which nineteenth-century fictional character do you wish were real? Anna Karenina, mainly because, as a woman of the nineteenth century, she is simply not allowed a story outside of romance. She gets enmeshed in her extramarital affair, seemingly burns with desire at all moments, and is consumed by it in the end. Patriarchy persists with a vengeance, but women have also made great advances over time. We are all creatures of desire, but the twenty-first-century woman also has other sources for her desire. If she’s feeling unfulfilled romantically, she can write books, build buildings, run for president, change the world. The novel of adultery sets up a model of women being unable to have any life outside of the domestic sphere, and this is terribly stultifying for Anna, who clearly wants and needs more. I’d like for her to be in the twenty-first century and actually publish that children’s book she’s writing and gain a following.