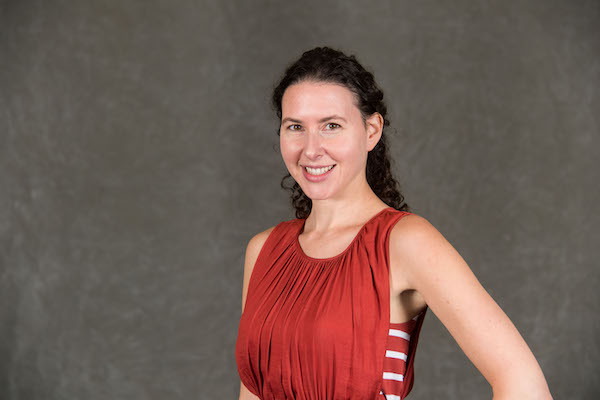 Shana Klein is Assistant Professor of Art History at Kent State University. She is trained in the history of American art, with sub-specialties in African-American and Native-American art. Klein holds a Ph.D. in Art History from the University of New Mexico, where she completed her dissertation—and now book project—The Fruits of Empire: Contextualizing Food in American Art and Culture. Klein has been awarded fellowships for her research at the Smithsonian American Art Museum, Henry Luce Foundation, and Huntington Library, among others. She has published research in journals such as American Art and Southern Cultures and has served as Managing Editor of the journal Food, Media, and Culture. Klein’s research interests combine studies of American visual and material culture with food and social justice.

What is your favorite nineteenth-century quotation? A writer for an 1887 catalogue selling chromo-pictures declared:

[O]ne great advantage of Pictures above all other articles sold by traveling agents, is that they speak for themselves, and while agents have to harangue and invent plausible merits in selling other articles, Pictures speak to the imagination and fancy of everyone…it requires no “talk” to sell them.

I find it amusing that pictures were so desirable they needed not even a salesman! I use this quote in my classes on American art to talk about the power of visual images and how they are seductive in ways that are sometimes more immediate than objects without a visual interface. This persuasive quality is what makes visual images so compelling but also dangerous if, for example, they communicate xenophobic or discriminatory narratives—as many of them do in the nineteenth century. An attention to the rise of chromos and their wide distribution across American homes urges scholars of the nineteenth century to more seriously consider visual images and their pervasive role in American society.

Which country / decade of the nineteenth century would you like to live in if you could go back in time? I would fancy living in the 1870s, an exciting time period in American food history. With technological advances in transportation, canning, and refrigeration after the Civil War, people had greater access to “exotic treats” such as the Florida orange, to which I devote an entire chapter in my book project The Fruits of Empire. Around the 1870s we also see an increase (albeit a small one) in the publication of cookbooks by African-American authors such as Malinda Russell (1866) and Mrs. Fisher (1881), showcasing voices from communities that have profoundly shaped American cuisine but that have been widely ignored.

Is there anything from the nineteenth century you wished would come back into fashion? Brandy-soaked watermelons! To the dismay of teetotalers and temperance advocates, some drinkers would carve a hole in watermelons and would spike them with alcohol. Pittsburgh artist Albert F. King painted a spiked watermelon on a table and placed it next to another melon purging seeds, possibly alluding to the sickening aftermath of drinking a brandy-soaked melon. While I think this tradition still endures today on college campuses (yikes!), I imagine alcohol-soaked watermelons could make for an interesting cocktail experience.

What is something you learned in the last month about the nineteenth-century? Recently, I have been learning about another food-studies topic: milk—specifically breast milk. I have been collecting nineteenth-century photographs of women breastfeeding, an activity that was in sharp decline as more women started working outside the home and replacing breast milk with cow’s milk, according to Susanne Freidberg’s book Fresh: A Perishable History. I am intrigued by women’s desire to visually record themselves in the act of nursing a baby, in this way thus displaying the virtues of motherhood that are still firmly attached to breastfeeding today. The intersections among milk, motherhood, and photography are ones that I continue to learn about and hope will provide inspiration for my next research project. If any NCSA followers find a photograph or image of this subject from the Victorian period, do pass it along!