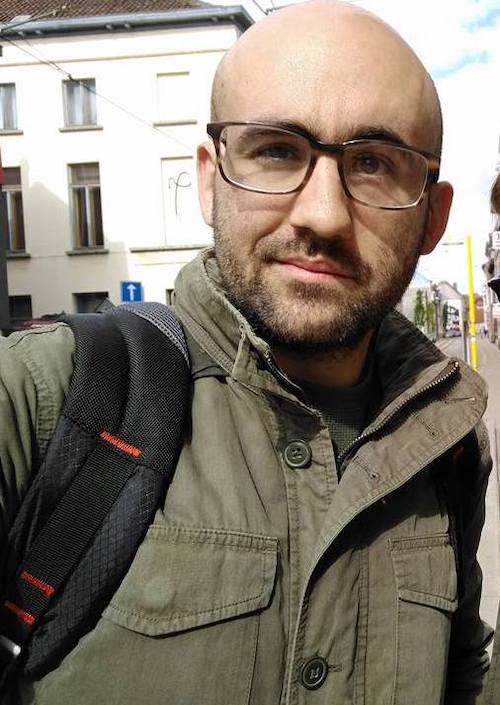 Andrew Israel Ross is Assistant Professor of History at Loyola University Maryland where he teaches courses in European history, French history, and the history of sexuality. He previously taught at the University of Southern Mississippi and Kenyon College. He received his Ph.D. in history from the University of Michigan and has been the recipient of several major awards, including a Georges Lurcy Fellowship for research in France. Most recently, he published his first book, Public City/Public Sex: Homosexuality, Prostitution, and Urban Culture in Nineteenth-Century Paris, with Temple University Press. His work has also appeared in the Berkeley Journal of Sociology, the Journal of the History of Sexuality, and French Historical Studies. He is currently completing an edited volume, “Histories of French Sexuality: Enlightenment to the Present” (under advance contract with University of Nebraska Press), with Nina Kushner. He currently serves on the governing council of the Western Society for French History and the American Historical Association Committee on LGBTQ Status in the Profession.

In which new directions would you like to see nineteenth-century studies evolve in the near future? I’ll take the opportunity to suggest two directions: one is a return to something nineteenth-century studies used to do more frequently, and the other is something I would like to see more of. First, one reason I was attracted to nineteenth-century studies was that it seemed like a vigorously interdisciplinary field, especially between historians and literary critics. Granted, this was at the tail end of a moment where cultural history and new historicism were very “in,” but I feel that something has been lost in the decade or so since, and that current work does not seem to speak across those disciplinary lines as much as it once did (or promised it would do). Second, and this will not be terribly surprising considering the subject of my research, I would like to see those of us interested in the nineteenth century integrate sexuality more fully into our frame of analysis. Of course, there is a lot of major work on sexuality within the field, but I am unsure how much that work has penetrated broader themes. In my own case, I try to show how attention to sexuality can reshape the way we understand nineteenth-century urbanism, and I would like to see more effort to relate sexuality studies to “traditional” topics.

What was the most recent experience that made you a stronger scholar-teacher? Not one experience, but rather a range of encounters and readings have encouraged me to think more carefully about my position in the classroom and the range of backgrounds and experiences my students are arriving with. I have been fortunate to participate in a number of diversity initiatives started by the Western Society for French History that have brought me into contact with people who have thought really hard about how we can do a better job reaching students who may or may not enter the college classroom with the full range of experiences we ourselves may have had when we began college. A recent reading of Educated by Tara Westover, which I wrote about on my personal website, has helped me think about these issues even more.

In which country and when during the nineteenth century would you like to live if you could go back in time? I can’t pretend that it’s not the obvious: mid-nineteenth century France. I would like to see some of the old Paris and witness some of the transformation. I don’t read too much historical fiction, but I really enjoyed Alexander Chee’s recent novel Queen of the Night, which takes place during the Second Empire and gives some of the flavor of its demimonde as well.

If you could travel to the nineteenth century to change one thing, what would it be? I would definitely prevent the fire at the Hôtel de Ville in Paris at the end of the Paris Commune because it took with it the city archives. That said, I’ve read my Connie Willis novels, and I know the limitations of all time-travel-related historical work.

One thought on “Andrew Israel Ross”