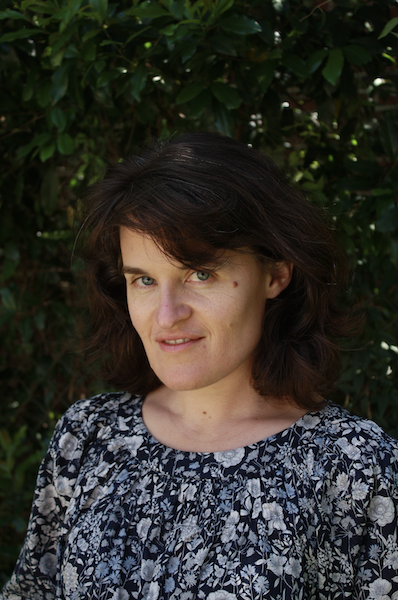 Sarah Allison is an Associate Professor of English at Loyola University New Orleans. In addition to Reductive Reading: A Syntax of Victorian Moralizing (Johns Hopkins University Press, 2018), she is also the co-author of three Stanford Literary Lab pamphlets collected in the volume Canon/Archive: Studies in Quantitative Formalism (n+1 books, 2017). Her work has appeared in Cultural Analytics, ELH, Genre, and VLC, as well as in the New Orleans Review and Public Books. Her second project, Not-Quite Novels: Life Writing in the Long Nineteenth Century, investigates novel-adjacent forms like travel writing, history, and biography.

Have you ever had something happen to you professionally that you initially thought was bad, but that turned out to be surprisingly beneficial?

Moving is hard every time, and every time I’ve lucked out in ways I could not have predicted.

My partner and I have taken turns moving for one another’s careers, a plan that means each move is especially good for one of us. When it was my turn to move, I was concerned that finishing my dissertation remotely would be isolating. Instead, I discovered a community that was welcoming as well as vibrant. The people I met then continue to shape my work. For me, the takeaway was less that every cloud has a silver lining than how important that kind of collegiality and generosity is to intellectual community.

I also hate it when other people move, but have certainly benefited from the wit and wisdom of their new colleagues.

What nineteenth-century sound would you love to hear?

A travel writing desk opening up.

This sound, for me, combines the magic of the writer’s desk as a centralizing place—in Homes and Haunts (2016), Alison Booth calls it “that one essential of a writer’s house, the desk (altar, forge, or bed of creation)”—with a reminder that writing happens, then as now, where the writer finds herself. Just encountered the moment in Jane Austen’s Northanger Abbey (1817) when General Tilney almost pitches Catherine Morley’s new writing-desk into the street to make room for her to sit in the carriage, and remembered: Even Catherine Morley, that least intellectual of Austen heroines, had letters to write. The laptop, the phone of its day.

What is your favorite mode of nineteenth-century transportation?

First, it remains a great idea. Second, it frames a walk after dinner as a contribution to lifelong health. In his essay “Against Exercise,” Mark Greif describes what is so grim about it: exercise “comes to us as an emissary from the realm of biological processes. It falls under the jurisdiction of the obligations of life itself, which only the self-destructive neglect.” More particularly: “Nothing can make you believe we harbor nostalgia for factory work but a modern gym…We leave the office, and put the conveyor belt under our feet, and run as if chased by devils” (2004). But a “postprandial constitutional”! A pleasant thing, to aid digestion and “take the air” at the same time. Brilliant.


What movie, TV show, character or book set in the nineteenth century most resonates with you?

I prefer things set in the present to period-style productions, so my answer is oblique here, but it is about a recent film that resonated with me as a scholar of nineteenth-century literature:

Always Be My Maybe (2019) as Wuthering Heights (1847), where Ali Wong’s character is Heathcliff (an informally-adopted sister marked in the family as Vietnamese, not Korean) and Randall Park’s is Catherine (who stays put after the breach), and when Heathcliff returns, fabulously successful, home to the Richmond, it turns out Catherine has been waiting all along and they live happily ever after. The resonance is strange, but important, I think—the final triumph (and celebration) of ambition at the end is clearer by contrast with a novel where ambition is monstrous and crowned, not with love, but with death.