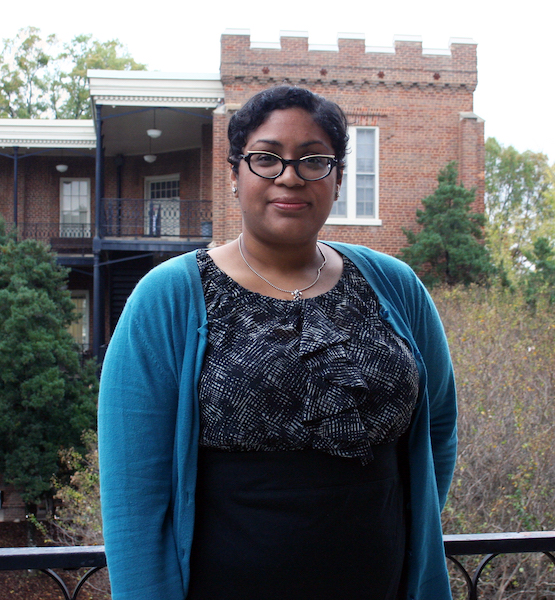 Wendy Castenell is the Assistant Professor of African American Art in the Department of Art and Art History at The University of Alabama. Her research interests include representations of race and ethnicity in American visual culture, portraiture, photography, film studies, and turn-of-the-century spectacles. Her first book, Creole Identity in the Art of the American South: Louisiana from the Colonial Era to Reconstruction, will be published this fall by Routledge/Taylor & Francis. The manuscript examines the forcible construction of racial and caste identities in eighteenth- and nineteenth-century Louisiana. Using painted portraits of members of the community of free people of color, and comparing them with contemporary visual and textual evidence, such as photographs, prints, newspaper articles, and court cases, she argues that race in eighteenth- and nineteenth-century Louisiana was ambiguous and flexible, making strict definitions of race and caste impossible. Additionally, she has begun to research her second manuscript on the mid-twentieth-century Chicago photographer Helen Balfour Morrison, tentatively titled, “Reveal[ing] the Inner Being”: The Photography of Helen Balfour Morrison.

What was the last experience that made you a stronger scholar-teacher? In August 2018, one week before the start of the fall semester, I became a first-time foster mom to a two year old boy. I’d spent the previous year preparing for this—filling out reams of paperwork, attending training classes, and undergoing background checks and home studies. I thought I was prepared. Then, I got custody of the 2 year old. He was the sweetest, most delightful little boy, and he was a true gift to my life. But becoming a mom caused an enormous upheaval in my life and routine. I thought everything would fit easily into neat blocks of time, and that it wouldn’t change my work life. I can already hear the parents who are reading this laughing, because I’ve never been so wrong in my life. My foster son was greatest blessing to my life, but he also forced me to learn how to work smarter, and to be more flexible and forgiving of myself. It was the only way I could balance the responsibilities of being a single parent with my research, teaching, and service demands. It probably took me an entire semester to find a balance—and it still doesn’t always work out as it should—but I’ve learned how to pivot, problem solve, and squeeze in my work around the needs of the kids in my care. Ultimately, I’ve become a better scholar as a result.

What was the last book you read? I’ve actually just finished two books—one for research and the other for fun. The research book was Vernacular Modernism: The Photography of Doris Ulmann by Sarah Kate Gillespie. It’s an exhibition catalogue from a 2018 exhibition at the Georgia Museum of Art, University of Georgia. My next book project will be an exploration of the mid-twentieth-century photographer Helen Balfour Morrison. I read this exhibition catalogue in order to better familiarize myself with another woman photographer from the period who was engaged in similar types of salvage ethnography, attempting to document and preserve the rapidly changing minority cultures across the United States. The fun book that I just finished is called Killers of the Flower Moon: The Osage Murders and the Birth of the FBI, by David Grann (published by Vintage in 2018). It’s a compelling true-crime story of the slaughter of the wealthy community of Osage Indians in Oklahoma in the 1920s, and how the FBI was formed to unravel the truth behind their mysterious deaths. I’m a huge fan of true crime, and this story was riveting.

What was the first nineteenth-century-themed item you bought with your own money? The first nineteenth-century-themed item that I bought with my own money was The Complete Letters of Vincent van Gogh when I was in 11th grade. I was completely obsessed with van Gogh when I was in high school as a result of reading Lust for Life by Irving Stone for summer reading and then seeing Robert Altman’s Vincent and Theo (1990). I wanted to know everything about him and his art, so what better way than to read his complete letters?

If you had the opportunity to go back to the nineteenth century and have one dinner with one person, with whom would you want to dine? If I had the opportunity to have dinner with someone from the nineteenth century, it would have to be Dr. Louis Charles Roudanez. He’s an incredible figure from nineteenth-century New Orleans. He was a free man of color from St. James Parish in southern Louisiana. He studied medicine in Paris, and then earned a second MD from an Ivy League school (either Cornell or Dartmouth), before opening a medical practice in New Orleans. During the Civil War, he joined with other educated free men of color in New Orleans to become the “architects of Reconstruction,” as Lincoln referred to these men. In 1864, Roudanez founded the first black newspaper in the South, L’Union, which published exclusively in French. After the paper folded in 1865, Roudanez went on to found the first daily black newspaper in the United States, La Tribune de la Nouvelle-Orléans/The New Orleans Tribune. This radical bi-lingual newspaper was the official organ of Louisiana’s Republican party, and helped to pass the 1868 Louisiana State Constitution, which was the most liberal state constitution in the United States. It afforded African Americans, no matter their previous status, every right and freedom afforded white men. He’s a fascinating man, and I’d love to discuss national and Louisiana politics with him.