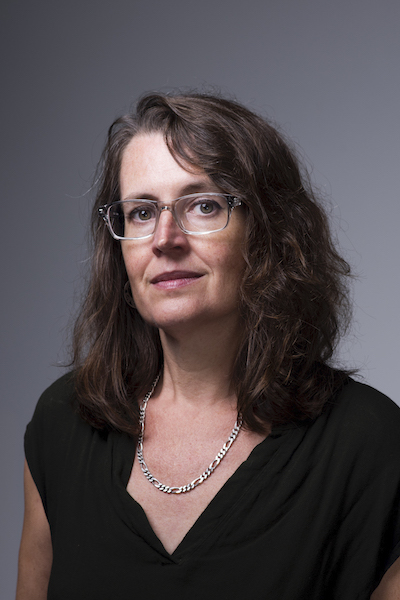 Emily Gephart teaches American visual culture, social history, and ecocriticism at Tufts University’s School of the Museum of Fine Arts, Boston, in the Visual and Material Studies Department. Her interdisciplinary work explores how art, literature, and material objects enabled Americans to work through changing relationships with their environments, with the dynamics of commodity culture, and with new discoveries about modern perceptual psychology at the turn of the twentieth century.

Her publications span diverse topics: she recently explored the relationship between critic Sadakichi Hartmann, philosopher William James and the spread of Symbolist aesthetics in the most recent issue of William James Studies (2017), and evaluated the role of Symbolism and synaesthetic color perception in painter Arthur Davies’s music room murals in Imago Musicae: The International Journal of Musical Iconography (2014-15).

In parallel projects,she and a colleague have explored the networks within which feathered millinery and natural history dioramas intersect in The Architectures of Display (2016), and Modes Pratiques (2016) and she analyzed the role of color in the 1917 Spectra poetry hoax for the Bulletins of the Serving Library #11 (2016).

She and Maura Coughlin have recently co-edited an anthology entitled Ecocriticism and the Anthropocene in Nineteenth-Century Art and Visual Culture, part of Routledge’s series, Advances in Art and Visual Studies.

What story do you always tell your students about the nineteenth century? Since I teach in Boston, many of my students enjoy going to Vermont on weekends to hike and camp and ski. When I teach my course on landscapes and ecosystems, I tell them how much of a problem deforestation was in Vermont by the early nineteenth century and they are stunned: the present lushness of forested mountainsides belies the devastating effects of the woolen industry, for which acres of fields were denuded of trees, or the timber industry, which peaked in the 1880s. By these decades, fully 80 percent of Vermont was treeless. Celebrated conservationist George Perkins Marsh (1801-1882) recalled that during his early childhood in Woodstock, VT, the empty slopes of nearby Mt. Tom changed their contours every time there was a hard rain.  Across the state, residents lamented the devastating mudslides, the loss of fertile soil, and the river silting that followed tree removal. Period photographs show a very different image of the way the state looks now: in many ways, this story brings home to them how time can conceal the effects of human-centered environmental destruction, allowing us to make the same mistakes repeatedly.

What is your first memory of being really excited about the nineteenth century? When I was in fourth grade, my mom bought an old suitcase at an estate sale, which turned out to hold a nineteenth-century woman’s clothing: a high-necked blouse, some silk stockings, a few cotton slips and pantalettes, and an embroidered wool jacket with mutton-chop sleeves, which fit my 10-year-old frame perfectly. As a devoted reader of Laura Ingalls Wilder, this discovery was a delight—touching, trying on, and wearing these items provoked hours of meditative speculation about their original owner.  Where had she lived?  What was her family like? How could an adult ever have fit into that tiny-waisted jacket? Mulling over the delicate, hand-made details on these garments, I was captivated by their materiality, even if they could not answer my questions. Their lingering presence long after the death of their owner seemed very poignant, but they also made the nineteenth century come marvelously alive.

If you could become best friends with someone from the nineteenth century, who would that be? I don’t know about his role as my “bestie,” but there are plenty of times when I would like to call up William James and ask his advice about minor problems or questions that plague me: What should I get my sister for her birthday? Where might I enjoy going on my next vacation? How can I reach out to a friend whose feelings I may have hurt? Which novel should I read next for pleasure? Although these may not be the most consequential questions to ask of such an intellectual and polymath, I think that their very quotidian nature can lead from the mundane to the revelatory. I’d like to think that a good rambling conversation with him about nothing all that important might generate moments of unexpected insight.

What do you imagine would be your favorite time of day/day of the week/month of the year in the nineteenth century? A few years ago I discovered a family member’s diary written in the 1860s, and as I read it I was amazed by the uniformity of her daily life in Salem, Massachusetts—over the span of days and weeks, she followed the same quiet domestic pursuits every day, ate the same meals, and regularly wrote these down on the now-brittle pages of her leather-bound memo book. In her account, there was no particular time of year that fired my imagination, although I was surprised that the diet of this middle-class teenager during lean winter months consisted mostly of oysters and popcorn balls, which she ate daily. But what I most enjoyed thinking about were the small pleasures of her everyday life, and what minor variations in the sameness might mean. She wrote with such pleasure about making calls in the fall, or attending occasional lectures or musical events on long summer evenings. So if I project myself backwards into her life, I imagine those social times of day would mark the brightest spots of vividness amid the reassuring patterns of routine.