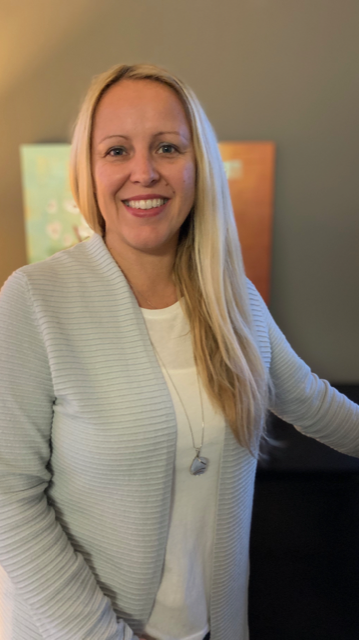 Céline Brossillon holds a Doctorate in nineteenth-century French literature from Université Paris III-Sorbonne Nouvelle in France. She is currently Assistant Professor of French at Ursinus College, and has held faculty positions at Williams College, Princeton University, and Harvard University. Her research explores the crisis of masculine identity at the end of the nineteenth century in France, and studies the link between solitude and madness in literature. Her approach to literature is interdisciplinary in nature, and engages multiple fields such as cultural anthropology, gender and sexuality studies, philosophy, sociology, and psychoanalysis. Her book on the figure of the bachelor in Guy de Maupassant’s work, Le Taureau triste: le célibataire maupassantien entre libertinage, solitude et folie, is coming out this year with the CNRS Editions in France. She is currently working on a second book, tentatively titled Boys and Their Toys: Feminized Fetishes and Masculine Crisis in 19th Century Francophone Literature. This new research looks at texts where male characters bypass relationships with living, breathing women, and instead explore an alternative way of loving and lusting with female corpses, ghosts, vampires, hair, flowers, or dolls. She is also currently working on a Special Issue for French Forum (University of Pennsylvania Press) with a colleague from Le Mans Université, Nathalie Prince. Their project titled L’Amour des Morts: Love with Ghosts, Vampires and Other Dead(ly) Beings in 19th Century Francophone Literature gathers contributions on different representations of love for and with the dead in the Francophone nineteenth century.

What movie, TV show, or book set in the nineteenth century most resonates with you? In 2017, a miniseries called Alias Grace came out on Netflix. It is based on Margaret Atwood’s novel. It has all the elements of a perfect nineteenth-century setting: murder, madness, love, and sex. AND, it is based on true events! Since I work on solitude and madness, I was immediately drawn to the main character, Grace Marks, and her ambiguous relationship with the psychiatrist who is supposed to determine whether she is fit for release from prison. The debates on Grace’s sanity (and my own puzzled questioning) were fascinating to me.

There is also another must-see for me: every year for Christmas, I go to see Charles Dickens’ A Christmas Carol at the McCarter Theater in Princeton, NJ. This is a magical play.

Have you ever had something happen to you professionally that you initially thought was bad, but that turned out to be surprisingly beneficial? Many moons ago, I was a Lecturer at a very good institution; I was content and thought I was set for a while. But unfortunately, they did not have enough French language sections for me to teach the following year. What was I going to do? After a few days (of, yes, crying), I went onto the MLA website, and saw an ad for a Visiting Assistant Professor position at Williams College, and applied, not thinking that I would get it. Well, it turns out that not only did I get the position, but I spent three incredible years there, and met someone who would become my mentor in this field (a fellow nineteenth-century specialist) who, till this day, is still a very dear friend, and someone I turn to when I need advice, professional or otherwise. What seemed to be a devastating situation turned out to be the best kick in the butt I needed to really get my career started, and it led me to find the best mentor I could have ever dreamed of in the process. Everything happens for a reason. There are no accidents. Only gifts.

What nineteenth-century sound would you love to hear? The sound of the nineteenth century that I would love to hear would be the voice of the French author I have spent about 10 years of my life studying, reading and researching: Guy de Maupassant. Did he have a deep voice? What were his mannerisms when he spoke? His intonation, his rhythm? I would like to have conversations with him and hear him explain why he wrote such and such story, and why solitude and madness were so prevalent in his narratives. But, more than anything, I would love to just sit in the corner of his nineteenth-century living room, filled with bric-à-brac, and listen as he reads one of his short stories our loud. What a treat!

What was one of the best NCSA events / conferences / keynotes you’ve ever attended? My most memorable NCSA moment was when we had our conference in Charleston, SC in 2017. One reason being, well, of course, Charleston! I had never been, and thought the city and the ocean views were beautiful. The other reason that conference was memorable to me was that I was in a panel titled “Memory and Meaning in Postmortem Photography” with Sarah Iepson, Susan Cook, and Joanna Madloch. I was really fascinated by everyone’s presentation and the topic at hand. Sometimes, you just feel like the stars align for a panel, and it sure did that time.