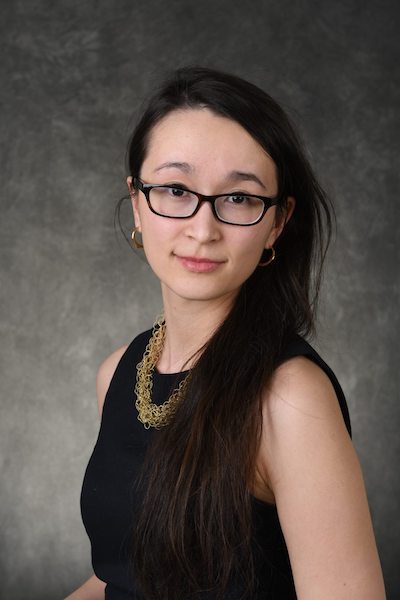 Pallas Catenella Riedler is pursuing an MA in Ethnomusicology and PhD in Historical Musicology at the Eastman School of Music, University of Rochester. Her doctoral work focuses on virtuality and immersive technology in nineteenth-century opera. At the 2019 NCSA conference, she presented a paper on her other field of study—maritime music—and was the recipient of the NCSA Graduate Student Travel Grant. For the 2020 conference, she will be presenting research, funded by the Mystic Seaport Museum’s Cuffe Fellowship, on nautical identity in the late-nineteenth-century maritime music collection. An active member of the NCSA Graduate Student Caucus, Pallas will also be moderating the Graduate Caucus roundtable on “Rethinking Research in the Age of Digital Humanities.” Pallas lives in Rochester with her many plants but (sadly) no dogs.

What is something you have learned in the last month about the nineteenth century? Curated sensory experiences at the opera! I recently came across an article entitled (intriguingly) “A Plea for the Sense of Smell” in the March 1869 edition of Putnam’s Magazine. The author devotes a good portion of the article reflecting on a recent excursion to the opera. Apparently, Pike’s Opera House in Cincinnati disseminated perfumed programs to advertise Phalon’s new “Flor di Mayo” scent. One hears so much about the sights and sounds of opera-going—it’s fascinating to learn that the smells of a performance were also sometimes regulated.

If you were to learn a nineteenth-century skill, what would it be? Anything related to nineteenth-century deep-water sailing. I fear I don’t have the voice (or lungs) to project sea songs over the sounds of waves and labor, but it would certainly be fun to try!

If you could witness any event from the nineteenth century, what would it be? I’d attend one of the early uses of Pepper’s Ghost on the operatic stage—before audiences became familiar with the technology and no longer consider the “spectres” magic. Holograms seem to have been in vogue at the moment, and contemporary audiences were reacting with various mixtures of awe, ethical concern, and existential dread. I’d love to compare these reactions to earlier versions of the phenomenon.

What nineteenth-century food would you like to try? This is less “food” and more “food experience,” but: I was an enthusiastic reader of the American children’s author Susan Coolidge when I was little, and I still think about the elaborate picnics her characters would have in the middle of forests and gardens. There’s something wonderful about the combination of nature and solitude and Mary-Poppin-esque picnic baskets where all manner of foods emerge at the precise moment of craving.