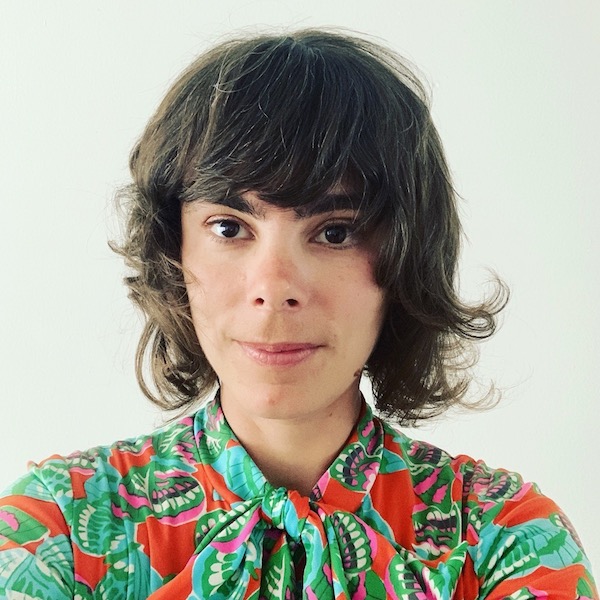 Ann Garascia holds a Doctorate in English Literature from University of California, Riverside. She is currently a lecturer in English at California State University, San Bernardino. Ann is also a 2020 Researcher-in-Residence with the Oak Spring Garden Foundation. Her research focuses on nineteenth-century archival theories and practices, book histories, and experimental scientific art. She also moonlights as a scholar of twentieth-century queer performance artists and their archives. Her publications appear in Journal of Victorian Culture, Criticism: A Quarterly for Literature and the Arts, Nineteenth-Century Contexts, and Victorian Literature and Culture. Her article on nineteenth-century photographer Anna Atkins and her algae cyanotypes (Victorian Literature and Culture) received the 2020 Nineteenth-Century Studies Association’s Emerging Scholar Award. This article is part of a project on Victorian women’s botanical collecting and contemporary biodiversity informatics.

What new thing did you learn about the nineteenth century in the last month? The (nearly) nude fell races of Lancashire! Fell running is a particularly challenging and distinct subsect of trail running that involves orienteering through unmarked courses that include really steep gradients. I’m a long-distance runner particularly fond of trail running; recently, one of my favorite professional athletes, Kilian Jornet (runner, skier, and climber) wrote a short piece listing his five favorite moments in sporting history. The first was “a nude fell race” that took place during the summer of 1824 on Whitworth Moor in Lancashire. When I saw Jornet’s brief note, I had to find out more. Luckily, the October 25th 1836 issue of Notes and Queries helped answer some of my questions. This was not a one-off event, but rather an ongoing series dating back to 1777. The summer of 1824 hosted a series of races, each featuring six runners who ran seven laps around the moors for an approximate distance of 11km/7 miles. The most surprising aspect of the whole affair was how popular it was. Journalist Henry T. Riley mentions that the races drew in regular crowds totaling up to hundreds of men and women who were hardly shocked with the proceedings. I enjoy this anecdote for a couple reasons. In terms of sports history, the summer races of 1824 were not simply a Victorian oddity; fell running has since grown in popularity with Lancashire hosting an annual championship race. What this seemingly small moment offers us is a nineteenth-century touchstone in the greater development of fell running as a legitimate sport. And in terms of broader questions relating to research and scholarly communities this anecdote came courtesy of a professional athlete; as such, it’s excellent reminder for us to be open to recognizing different forms of expertise and building capacious scholarly networks. If it weren’t for Kilian Jornet, I’m not sure I would have learned about these races.

What nineteenth-century dessert do you find most tempting? I love cake, the more the better. And the nineteenth century is full of cakey goodness, from the caramel and hazelnut-studded Dobos Torte of Hungary (1886) to the brandy and rosewater-soaked Gold Cake (1866). However, if I were to choose just one nineteenth-century cake to enjoy, I’d have to go with Mrs. Isabella Beeton’s trifle from her Book of Household Management (1859-1861). Beeton is such an icon in Victorian hospitality and cookery that I could not pass up one of her creations. And, by some sort of time-traveling magic, I’m imagining a scenario in which she teaches me how to make this dessert. But Isabella Beeton’s status aside, this dessert is out of control! Like all trifles, it is layered but its decadence puts all others to shame. The base incorporates Victoria sponge cake (six slices) and two kinds of almond cookie, “macaroons” (a dozen) and “ratafia” (two dozen). These are all soaked in sherry and apricot brandy until perfectly drunken. Beeton reminds readers that they can always “add a little more” brandy if needed. Next comes a layer of lemon rind, toasted almond slivers, and raspberry jelly, followed by a sweet egg custard. The trifle is then heaped “as high as possible” with whipped syllabub (or “whip”), which is a mixture of egg whites, cream, powdered sugar, and of course, more sherry. Mrs. Beeton decorates her masterpiece with more almond slivers, currant jelly cut into attractive shapes, and sugared flowers and sweetmeats. The dessert serves about 8-12 people, depending on the size of the sweet tooth. As of this moment, I’m still narrowing down my dream nineteenth-century guest list for enjoying this trifle.

In which country and when during the nineteenth century would you like to live if you could go back in time? England, Sheffield, 1880-1890’s: more specifically, Millthorpe, the home shared by Edward Carpenter and his partner George Merrill. Although he had wealthy middle-class origins, Carpenter (1844-1929) became known in the late-nineteenth century as a socialist philosopher-poet. He was also  an enthusiastic supporter of vegetarianism, temperance (only fruit juice or English beer!), dress reform, anti-vivisection and animal rights, and LGBTQ rights. In Civilization: Its Cause and Cure, Carpenter cheekily encapsulated his worldview as “gospel by salvation of sandals and sunbaths!” For Carpenter and Merrill, Millthorpe was an experiment in “simple living” and their small holding attracted a number visitors with socialist and reform politics that apparently jibed with Carpenter’s. So, in terms of being witness to a vibrant cross-section of late-Victorian radical politics, I’d love to be a fly on the wall and hear the conversations among Carpenter and some of his more famous visitors, like William Morris, Olive Schreiner, Havelock Ellis, and E.M. Forster. That said, I do have more admittedly petty motivations for wanting to be at Millthorpe. For all this radical leanings, Carpenter could never fully shed his middle-class roots. This tension is best captured by Carpenter’s relationship with Fabian playwright George Bernard Shaw. The two could best be described as “frenemies” (friend-enemies), as Shaw would be fondly recounting the pair’s piano duets one day and the next icily referring to Carpenter as “that ultra-civilized imposter and ex-clergyman of Millthorpe.” So, I would also love to be an uninvolved witness to the gossiping that most likely went on at Millthorpe.

Is there anything from the nineteenth century that you wish would come back into fashion? I’d love to see us embrace even more fully some truly Victorian house plant aesthetics! One of my favorite styles of Victorian houseplant collecting was what houseplant enthusiasts called “window gardening,” which turned different spaces of homes into impromptu greenhouses. Our current house plant collections are certainly indebted to Victorian plant collecting and hunting cultures, both in terms of the plants we love and the connections we develop with them. Twenty-first-century favorites like Monstera deliciosa, prayer plants, as well as different fern, croton, and ficus varieties were also prized members of Victorian window gardens. Also, the ways that we now talk about human-plant relationships with hashtags like #plantmom, #plantparenthood, and #tendermomentswithplants are strikingly similar to window garden manuals that recommended that houseplants “often supply the places for children” (Window Gardening 1874). But, what I wish would make a comeback is a dramatic nineteenth-century style of presentation that celebrates the leafy verdure of plant worlds. (Currently, house plant collecting seems to prize a very minimalist aesthetic.) I’m thinking of mossy rockeries, ornate planters, trellises framing the couches, multi-tiered tropical plant stands stretching to the ceiling, ivy-encrusted bird cages, and Wardian cases with tiny Tintern Abbeys tucked amongst the ferns. And maybe someone who is braver than me would be willing to install a beehive amongst their plant collections, like horticulturalists John and Jane Loudon did.