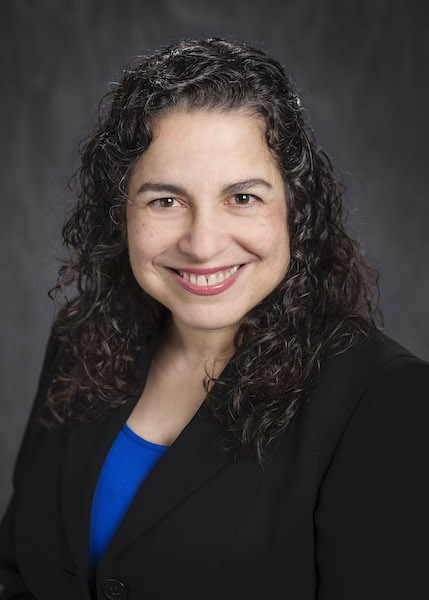 Sharon Aronofsky Weltman is the Director of Comparative Literature at Louisiana State University, the William E. “Bud” Davis Alumni Professor of English, and co-editor of Nineteenth-Century Theatre and Film. Her books include Victorians on Broadway: Literature, Adaptation, and the Modern American Musical, which examines Broadway musicals from the second half of the twentieth century in conjunction with their Victorian sources (University of Virginia Press, forthcoming 2020); Performing the Victorian: John Ruskin and Identity in Theater, Science, and Education ( Ohio State University Press, 2007), and Ruskin’s Mythic Queen: Gender Subversion in Victorian Culture (Outstanding Academic Book, Choice magazine, Ohio State University Press, 1999). In 2012, her scholarly edition of the never-before-published 1847 melodrama Sweeney Todd appeared as a special issue of Nineteenth-Century Theatre and Film before she joined the journal as the North American editor. In 1999, her essay “Performing Goblin Market” was named Kurt Weill Foundation Award Finalist for Best Essay on Musical Theater. In 2014, she directed a National Endowment for the Humanities Summer Seminar for College and University Teachers “Performing Dickens: Oliver Twist and Great Expectations on Page, Stage, and Screen.” Her interests include literature, theatre, performance, print and visual culture, adaptation, myth, sexuality, aesthetics, film, and Broadway musicals. Her current research focuses on two distinct areas: the first Anglo-Jewish woman playwright, Elizabeth Polack, and her context in the 1830s; and odd bodies in Charles Dickens’s work and global adaptations. In addition to Comparative Literature and English, she is a member of the Screen Arts; Jewish Studies; and Women, Gender, and Sexualities Studies faculties.

What is your favorite nineteenth-century indoor or outdoor activity? I yearn to say that my favorite nineteenth-century activity is climbing a tree, picking an apple, and eating it while curled up on a branch, reading. I’ve never done it. In fact, the only time I ever climbed an apple tree, I ended up covered with poison ivy. But I often sing around the piano, having lucked into marrying someone who enjoys accompanying. Usually it’s just the family, and, yes, sometimes we harmonize on a Victorian parlor song. But when friends come over for dinner, the center of gravity often shifts to the instrument (something that big has a lot of gravitational pull). Occasionally, they bring their own instruments: we’ve hosted guitar, cello, dulcimer, cajon, violin, maraca, flute, viola, harmonica, bass, clarinet, lute, rainstick, and kazoo. But only once have we ever rolled up the carpet to dance.

What is your favorite film set in the nineteenth century? The 1980 video of the stage musical Sweeney Todd: The Demon Barber of Fleet Street, starring Angela Lansbury and George Hearn. The performances of Hearn and Lansbury blow me away every time I watch it. Lansbury originated the role of Mrs. Lovett, and you will never see a funnier or more believable characterization of the practical-minded, lusty, middle-aged cannibal pie-maker. Hearn is fabulous: full-throated, heart-breaking, and again utterly believable. I depended a lot on this video in writing the Sweeney Todd chapter in Victorians on Broadway: Literature, Adaptation, and the Modern American Musical (University of Virginia Press, 2020). It’s very different from the 2007 Tim Burton film, starring Johnny Depp and Helena Bonham-Carter, whose thinner voices don’t allow for the rich, gorgeous, unsettling experience of hearing the “Johanna” quartet in this video. If Burton’s movie is all you know, you’ve never seen the Greek-style chorus that comments periodically or any of the Brechtian elements that contribute to making this such a smart musical. Even better, go see a live production.

If you could borrow any nineteenth-century painting from a museum for one year and hang it in your home, what would it be and why? If you were to walk into my office at LSU, you’d see four framed “The Lady of Shalott” posters: William Holman Hunt’s 1886 The Lady of Shalott, Harold Meteyard’s1913“I’m Half Sick of Shadows,” and two by John Waterhouse: his 1888 The Lady of Shalott and his 1915 “I Am Half-Sick of Shadows” Said the Lady of Shalott. The first three are behind me as I sit at my desk for students to see, but the one that I look at every day is the 1915 Waterhouse, and that is what I would borrow (if I weren’t so worried about the responsibility of caretaking fine art). The lady in red leans back from her loom, arms behind her head as she stretches, watching the reflected image of the young lovers walking past. I can’t promise there hasn’t been an occasion when I too have leaned back from my desk and gazed out my own arched windows in an identical pose.

Which nineteenth-century fictional character do you wish were real? Betsy Trotwood (from Charles Dickens’ 1850 David Copperfield) as my next-door neighbor. She would solve all my problems and keep donkeys off the lawn.