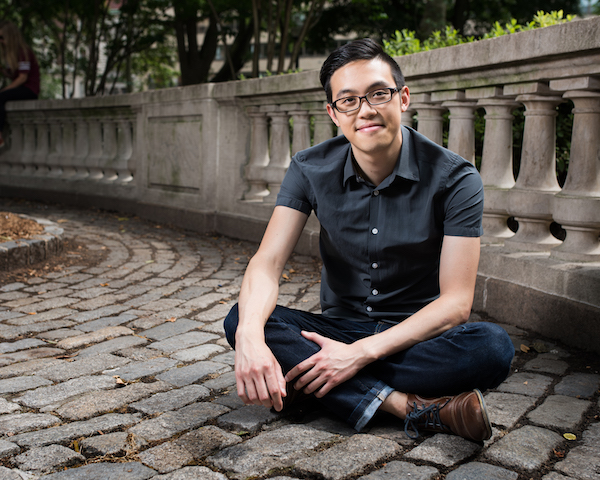 Travis Chi Wing Lau is an Assistant Professor of English at Kenyon College. His research and teaching focus on the intersections of eighteenth- and nineteenth-century British literature, health humanities, and disability studies. Travis is currently completing his first academic monograph, Insecure Immunity: Inoculation and Anti-Vaccination, 1720-1898, which explores the British cultural history of immunity and vaccination in relation to the rise of the security state. Alongside his scholarship, he regularly writes for public venues like Public Books and The Los Angeles Review Books, and he published poems in journals like Foglifter, The South Carolina Review, and Wordgathering, as well as in two chapbooks.

Which nineteenth-century theorist, philosopher, or critic do you find most fascinating? I find myself often returning to Harriet Martineau’s Life in the Sickroom, which continues to teach me not only about what it means to live with chronic illness but also how we can theorize from the sickroom. Martineau was one of the first nineteenth-century thinkers to validate my experience of chronic illness as a source of knowledge on its own terms—what Rosemarie Garland-Thomson has called sitpoint theory as a riff on feminist standpoint theory. For that reason, I like to teach Martineau alongside Woolf’s On Being Ill, an essay about the benefits of recumbence that I have always felt is in conversation with Martineau’s work from one convalescent bed to another. The controversy surrounding Martineau’s condition and her attempts to treat it with mesmerism always fascinated me for what it tells us about women’s experience living with an invisible disability/cognitive difference—layers of erasure, stigma, and pathology that Martineau spent so much of her own life working through and witnessing among so many other women who either had their conditions denied or used to justify their institutionalization.

What is the most pedagogically transformative moment you have experienced in teaching the nineteenth century? One of my units on abolitionist poetry in my Romanticism course remains the most pedagogically transformative because it was one of my greatest failures as a teacher: I allowed a hostile debate to ensue regarding race and slavery that greatly hurt one of my students who expected me to intervene. Inexperienced in how to frame that discussion of black trauma, I allowed a class session on Yearsley’s “A Poem on the Inhumanity of the Slave Trade,” More’s “Slavery, a Poem,” and Southey’s “The Sailor, Who Had Served in the Slave Trade” devolve into a presentist debate over race relations and reparations that ultimately became personal among students. In a later incarnation of this course, I began that unit with this story as a way of signaling to my students how our engagement with history can in fact reproduce traumatic violence that is experienced very differently by students of color. What ensued was one of the most unexpected class discussions about what solidarity means across identity lines: students took to task the white feminism at the heart of these abolitionist texts, which both advance progressive agendas while depending on xenophobic and racist tropes.

What nineteenth-century play, opera, symphony, or theater performance would you want to see? My first instinct is to say the renditions of Shakespeare that Henry Irving did at the Lyceum Theater. I keep wondering about what captivated Bram Stoker so much that he drew on Irving as the inspiration for Dracula. While I was working with Michael Gamer and Scott Enderle on the London Playbills Project at The University of Pennsylvania, I had the joy of transcribing and cataloguing hundreds of playbills from the period. While I would love to see the original pantomimes, I really wish there could be a production of The Miller & His Men featuring the infamous explosion on stage, which people kept returning to the theaters to witness. Because we are now so accustomed to spectacular visual effects, I would be curious to see how such an explosion could be done on a contemporary stage without a reliance on CGI or projection. Imagine watching a show now that literally blew up its stage multiple times every night!

If you could eat or drink anything from the nineteenth century, what would it be? A few of my students pointed me to the now viral YouTube series The Victorian Way, featuring reenactments of Victorian recipes recovered from a Victorian cookbook collated by Mrs. Avis Crocombe, a cook at Audley End House in Essex. Having been born in Hong Kong, which has always had an ambivalent relationship to its colonial influences, I have been struck by how food gets colonized and made British. From Assam fields to British high tea tables, so much was literally domesticated into Victorian households. While chicken tikka masala has become a national dish in the UK, I have always wanted to try kedgeree (or khichri) for how it adapted Indian ingredients and techniques based on what was available to English households. What does it mean to change a dish to suit a nation’s tastes until it no longer bears the traces of its culture of origin? Thinking about the recent politicized discussions surrounding food culture in the wake of debacles like at Bon Appetit, how do we both reconcile the kinds of pleasures we derive from food and the violences that continue to coalesce around food culture?

If you could own a business in the nineteenth century, what would it be? Mayhew’s London Labour and the London Poor introduced us to rag-and-bone men, crossing sweepers, and one of my favorites, street-sellers of conundrums, but I would love to be an apothecary. As it was rapidly professionalizing and specializing, it would be fascinating to witness the changes in medicine from the vantage point of a class of medical men that competed with surgeons and physicians for authority, while profiting on medicine as a commodity. Getting to work with different salves and potions—some effective, some snake oil—has always appealed to me because my grandfather worked as a Chinese apothecary. I admired how he served his community as a caregiver to whom so many trusted their lives, as well as how the job imparted him a practical knowledge unique to the products and clients he worked with—one that is now lost, but emblematic of an approach to medicine that continues to challenge orthodox Western medicine today.