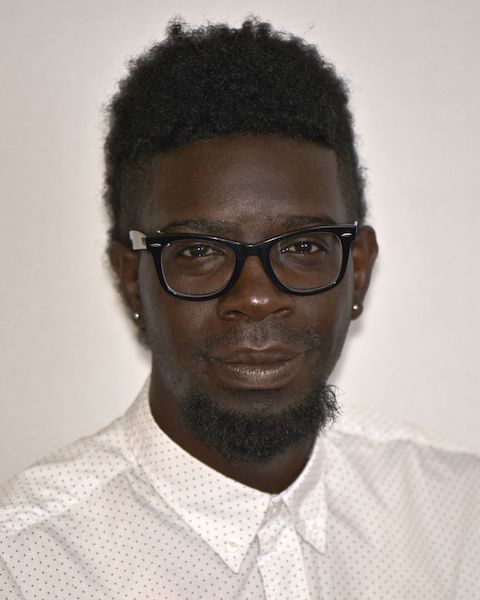 dann j. Broyld is an associate professor of African American History and Public History at Central Connecticut State University. He earned his PhD in nineteenth-century United States and African Diaspora history at Howard University. His work focuses on the American-Canadian borderlands and issues of Black identity, migration, and transnational relations as well as oral history, material culture, and museum-community interaction. Broyld’s most recent article is titled: “The Underground Railroad as Afrofuturism,” published in the Journal of Ethnic and Cultural Studies, and he is currently finishing a book on American runaways to Canada before the Civil War.

Have you ever had something happen to you professionally that you initially thought was bad, but that turned out to be surprisingly beneficial? I was given the opportunity by the Howard University History Department to teach my own United States History class as a PhD graduate student. I was only twenty-three years old, I had never taught, and I felt so unprepared. Initially, I thought the Department should reconsider my appointment. However, I was already listed in the course catalog as the “instructor,” there were students enrolled in the class, the Howard Bookstore wanted my book order, and the Department Chair met with me, listened to my concerns, smiled, laughed a bit, and wished me luck. I was teaching the class. Following the meeting, I walked the campus quad, affectionately known as “The Yard,” in bewilderment, down its hilltop, where I could view the U.S. Capital’s rotunda, thinking; how would I meet this challenge. How would this be beneficial to my career?

The first day of class, I walked into Frederick Douglass Hall uneasy. But thought about the genesis of my interest in history––it was Douglass. I was born in Rochester, New York, in Highland Hospital along South Avenue, the same street the home of Douglass was on and blocks away from where he and family members are buried in Mount Hope Cemetery (Susan B. Anthony is in the same cemetery). This was the perfect academic building for me to start teaching. This gave me an ounce of comfort, a smidgeon of confidence, and moreover and most importantly the students gave me grace. The first class was not bad just syllabus review, setting expectations, and introductions. During the semester, only a few classes were a disaster, but most were astoundingly okay. After the end of the term, I sat in a silent classroom thanking the Creator, the Howard History Department, and of course the ancestor Douglass. I had already expressed my gratitude to the students. I hoped, I had transformed their thoughts about history from being merely events that occurred in the past, to the record that guides the future. I taught several other classes before graduating from Howard University; all of them in Douglass Hall.

What was one of the best NCSA events / conferences / keynotes you’ve ever attended? I was all set to speak at the “Radicalism and Reform” 41st Annual Conference of the Nineteenth-Century Studies Association in Rochester, New York, March 18-22, 2020. Unfortunately, the pandemic hit. In the early stages of the outbreak, the Association’s leadership made the right decision to cancel it. I was going to present a paper titled: “The Power of Proximity: Fugitive Blacks in Rochester and Their Usage of British Canada Prior to 1861.” The paper asserts while Blacks in Rochester benefited from being within the “Burnt Over District,” a progressive zone for social justice causes of its day (Abolition, Women’s Suffrage, & Temperance) and for Second Great Awakening religious activity, Black fugitives valued the city more so for its proximity to British Canada. They possessed transnational identities and strategically positioned themselves near the American-Canadian partition where immigration, movement, and interaction occurred. They also used their political agency to pit the United States and British Canada against one another for the best possible outcomes. Indeed, I hope to get another opportunity to share this paper perhaps at the future Montréal Conference, or back in the “Flower City” of Rochester.

What is your favorite mode of nineteenth-century transportation? The Underground Railroad is my favorite mode of nineteenth-century transportation. The next stop: “The Outer Spaces of Slavery.” Named after the latest transportation advancement the Underground Railroad was Afrofuturism: the intersections of race, innovation, and technology to visualize and achieve liberation. It mixed modernity, myth, and actual movement of Black fugitives together comprehensively. I study slavery in North America, but I am most interested in the various forms of resistance and means by which Blacks fled the “Peculiar Institution.” Their usage of the railroad, the steamboat, or anything that got them free faster was a preferred piece of equipment. These savvy people in flight used the “techie terms” of “tracks,” “conductors,” and “station masters” to mastermind their pathways out of the American South.

The Underground Railroad demonstrated that Blacks were keen to the instruments and agents of movement and change, and they used the latest technology and gadgetry to liberate themselves. In all, the Underground Railroad and Afrofuturism rescue Blacks from the stereotype of being technophobes or simple unskilled “low-tech” laborers and asserts that they could keep pace with technoculture if they are not hi-tech hijacked. Black techno-thrillers, released their “inner geek,” and solved the ultimate algorithm– slavery, a calculated subtraction that did not figure them into the human equation.

What nineteenth-century sound would you love to hear? I would like to hear the soundscape of an American North city. In a metropole such as Philadelphia or New York City, I would listen to the rumblings of horses and carriages on cobblestone streets, the mingling of everyday people’s conversations, the bargaining at the bazaar, bliss of child play on the center square Green, a Sea Shanty coming to dock, the utterance of Mende, French, English, and Portuguese at the bay, and the whistle of a train’s steam as modernity entered a new station, passed the canals, and turned a new chapter.

I would like to venture into abolitionist William Still’s Philadelphia office to listen to him interview fugitive Blacks who arrived from the South. What questions would I ask them? I have read Still’s writings, but how different would it be to witness the voice, choice, tone, temper, volume, disposition, body language, and inflections of a Black in flight of the South. How do they speak? Is it raspy, baritone, stark; do they mumble, or use proverbs and parables. The eloquence of Black vernacular to “jest be let alone.” Exactly how would they describe the moaning from toil, the plateau of pain that words rendered no aid, the banjo’s beat in the hot heat, the screams of a nightmare at a post-apocalyptic reality. Made anew by light rays of a sole star, I want to overhear Black runaways select new names, listen to them figure out a city or country to settle. These decisions do make a noise or whisper. Listen.    I want to hear the hum of a Holy hymn or Negro Spiritual from a Black church, take in the echo of town bell’s singing Noon, sit in a lecture hall to hear speeches of pathos and the cheers of an applauding audience. If I could only hear all of these nineteenth-century sounds, instead of imagining them, my comprehension would certainly deepen. Unrecorded sound waves is but a wish, just fleeing frequencies cared away by the whirlwinds; tis so sweet to have been there.