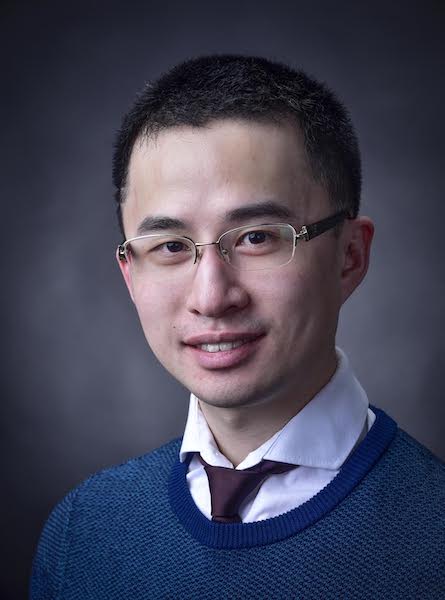 What story do you always tell your students about the nineteenth century? What a great question!I tell my students that the most interesting and the most important stories about the nineteenth century are the ones that they are going to tell. The period, like ours, is complex and plural. Scholarship on the global nineteenth century and in critical race studies have opened up fresh avenues for reading works that we think we know well. Consider, for example, the case of George Gissing. Gissing’s reading encompasses works as diverse as Nikolai Gogol’s Taras Bulba (1842) and Leo Tolstoy’s The Kreutzer Sonata (1889); and he may have had novels by Walter Besant and Alphonse Daudet in mind when he was writing his greatest hit New Grub Street (1891). By recovering such connections, we stand to gain a more complex understanding of Gissing’s reading and writing practices and a deeper appreciation of the intense cross-pollination between the Victorians in Britain and beyond. I relish the opportunity to hear the stories that my students tell.

If you had the freedom to work on only a research project about the nineteenth century for an entire year, what would it be? I’d love to finish my book on “Bentham, Dickens, and Debt.” It attends to a selection of the two writers’ fiction and non-fiction to ask: What happens to accountability when creditors sell to others the right to collect their debt? Who is accountable and for how long? What are the ethical complications of unpaid debt? How did nineteenth-century thinkers and writers communicate complex theories to the public? How do their ideas help us with responding to some of our current world concerns? I am fascinated by the persistence of nineteenth-century forms in our own times. The COVID-19 pandemic has exacerbated inequalities internationally, and I believe that Bentham and Dickens have much to teach us about building more equitable worlds.

What is the best nineteenth-century themed gift you’ve ever given/received? The best gift that I ever received is from my friend Dr. Jason Boyd. He introduced me to New Grub Street when I was an undergrad, and I have been thinking and writing about the novel ever since. I have traced some of my engagements with it as a student, as a scholar, and now as a teacher here. The best gifts that I have given would have to be the mentorship opportunities that I create for students. I believe strongly in experiential learning. With the aid of the Faculty of Arts and Social Sciences at Dalhousie University and the Social Sciences and Humanities Research Council of Canada, I have been recruiting and training undergraduate and graduate students on research skills, and I have been working with them to develop their scholarship for conference presentations and publications. I count myself lucky to work with such brilliant minds. One of my current projects is a study of Ernest Cline’s Ready Player One (2011), and I’m co-writing it with my wonderful former student James Munday. In it, we examine Cline’s engagement with the past, including his incorporation of tropes drawn from nineteenth-century romances. Our book has just been contracted to Routledge, and it should be out in 2023.

What is your first memory of being really excited about the nineteenth century? I must have been 10 or 11 when I first read Bleak House (1853). I reached the end, where Esther says:

“I did not know that; I am not certain that I know it now. But I know that my dearest little pets are very pretty, and that my darling is very beautiful, and that my husband is very handsome, and that my guardian has the brightest and most benevolent face that ever was seen, and that they can very well do without much beauty in me—even supposing—.”

This final em-dash signifies so much: it registers, for instance, Esther’s fulfilment and the inadequacies of language to do justice to how she feels. With this single stroke, Dickens is concealing as much as he is revealing, eliding as much as he is exposing. I was—and I remain—hooked.

What do you imagine would be your favorite time of day/day of the week/month of the year in the nineteenth century? It’d have to be Christmas. 25 December carries so many different meanings for so many people, and I’d love to have experienced it in the nineteenth century. In A Christmas Carol (1843), it offers Scrooge an opportunity to improve. I have written about it here. Louisa May Alcott opens Little Women (1868 and 1869) with Jo’s complaint: “Christmas won’t be Christmas without any presents . . . .” And yet, as Alcott shows us, and as Jo quickly discovers, there’s more to the holiday than the exchange of material goods. Christmas also figures prominently in Gissing’s writing, and he refers to it in novels including Workers in the Dawn (1880), The Unclassed (1884), and New Grub Street.