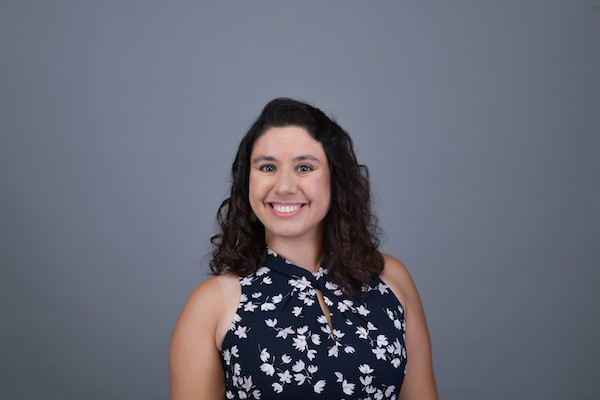 Christiana Salah is an eclectic Victorianist. Her recent work includes an exploration of disability in Johanna Spyri’s Heidi (1881), a look at the gendered dynamics of music production in George Eliot’s Daniel Deronda (1876), and an article on Elizabeth Gaskell’s Mary Barton: A Tale of Manchester Life (1848) as detective fiction, which appears in the latest issue of Victorians Institute Journal. She is presently editing a monograph about the Victorian governess as a literary figure packing a political punch. In addition to all things nineteenth century, her scholarship reflects a range of diverse interests from children’s and young adult literature to film adaptation. She is currently a visiting professor at Kenyon College, teaching courses in Women’s and Gender Studies and Disability Studies.

What is the importance of studying the nineteenth-century today? How does thinking about the nineteenth century help us think about the twenty-first century? Oh, so many ways! Because a lot of my research focuses on gender, I am particularly attentive to the legacy of nineteenth-century gender roles—so much of what we normalize as “feminine” or “masculine” in America today stems from that era. One of the things I try to convey to students is that, in reaction against Enlightenment principles of equality (and to benefit industrial capitalism), there was a massive effort to regulate and regularize the “duties” of the sexes, one that we’re still reckoning with today. In contrast, it’s also crucial to recognize all the variability in the roles women played, then as now. Many undergraduates have learned the myth that Victorian society didn’t allow women to work, for instance, and the Victorians can fairly be blamed for starting that rumor! Grappling with the bizarre contradictions of a culture that depended on women’s labor, frantically consumed women’s creative output, and yet told itself that women belonged in the home, can teach us to look more sharply at the internal contradictions of our own cultures and what we claim about ourselves.

Which nineteenth-century food or culinary dish seems most disgusting to you, and why? It feels a little mean to judge the cuisine of a different culture, but I am definitely not cosmopolitan enough to sit down to a meal of calf’s head or trotters. I’m surprised that the Victorians, like me, didn’t prefer a stronger veil of illusion drawn between barnyard creatures and the food on their plates. And, while it’s not “disgusting,” I always get sad reading about little ten-year-old David Copperfield buying a saveloy and a glass of beer to get him through a day’s work at the bottling factory.

Honestly, though, I’m less troubled by any particular dish than by the rampant food adulteration of the period (which I first learned about in Judith Flanders’s brilliant Inside the Victorian Home). Chalk or talc in your milk? Copper in your pickles and preserves? Lead in your confections? No thank you!

If you were to embark on a transatlantic voyage in the nineteenth-century, how do you imagine your steamship experience? I would spend most of my time walking the deck. One at a time, my fellow-passengers would approach me to tell me their life story in an hours-long monologue. There would be the estranged son of a noble family, pondering whether to returning home under the shadow of disgrace. There would be an ingénue with naïve ideas about European life, destined to marry some rogue. There would be a family of shysters escaping their debts, an enthusiastic young salesman, an adventurous woman hoping to start a draper’s shop, and perhaps a sad governess. I’m not sure when shuffleboard was invented, but I hope I’d be able to get in a few games in while my skirts billowed in the harsh but invigorating ocean winds.

If you could stumble across the secret diary of any nineteenth-century figure, whose would it be? What would you hope to read? There’s something primally compelling about a direct physical connection to the past. My best archival moment was reading the diary of an Oxford Dean’s wife held at the British Library, and coming upon a little note from Tennyson, declining a dinner party!

Given my own Lebanese heritage, my biggest fantasy would be to stumble on the diary of a Middle Eastern woman living in Victorian London. If I need to name a real person, though, then probably Harriet Taylor Mill, the feminist essayist. Partly because she seems like a passionate and brilliantly intellectual woman, and partly because there are so many unresolved questions in the history of her relationship with John Stuart Mill. I’m curious about the nature of their relationship while she was still married to her first husband, as well as about the extent of their co-authorship. J.S. Mill indicated several times that more of his work should have been credited to her, but that she didn’t always agree. Why not? How heavy is her touch present in texts like On Liberty (1859) and The Subjection of Women (1869)? What was her day-to-day life like, as a very forward-thinking woman, somewhat at odds with mainstream society?

What nineteenth-century fashion trend would you like to bring back? In the long nineteenth century, I’d love to see the fad for women’s Edwardian cycling attire return. Strictly within the bounds of the nineteenth century, I think vests (waistcoats), hats, and tailored coats for male day-wear could make a comeback. I’m particularly a fan of late-nineteenth-century cuts and styles except the high waists. Unlike most women’s fashions from the period, the men’s day-wear styles don’t have the disadvantage of impracticality, and it’s hard to find much to complain about. I am not, however, advocating for the return of side whiskers.