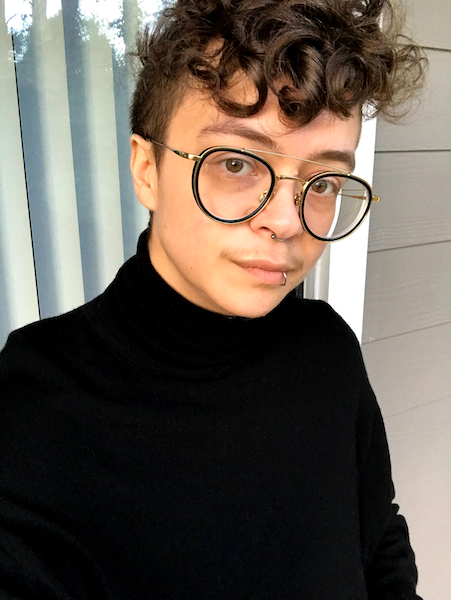 Em Nordling is a PhD student in English at Emory University and Research Data Associate at Sounding Spirit Research Lab. Their scholarly interests include crowds, collective affect, and digital humanities. Their past work picked up these themes from numerous perspectives—from digital archives, to creative writing, to on-the-ground activist and social justice research support. Now, as a scholar, Em has turned to British literature of the long nineteenth century to interrogate the image of the protest crowd as it relates to both the function of collective agency and to the period’s burgeoning biopolitical forces. Their publications include almost a decade of public essays on science fiction and fantasy literature hosted on Tor.com.

If you could go on vacation anywhere during the nineteenth century, where would it be, and why? What tourist activities would you engage in there? I’d love to visit pre-Haussmann Paris. Despite many of my past studies being set prior to Haussmannization, it’s impossible to erase the now iconic architecture and imagery from my mind. Walking the narrow streets, seeing the city as its poor and disenfranchised built and embodied it, and perhaps even witnessing the marks of various revolutions on the cityscape, would re-map it in my mind in the best possible way. Crêpes and Seine-side lollygagging obviously still a must.

(The irony of touring pre-tourist-ized Paris is not lost on me.)

If, through time travel, you could bring one historical figure to your classroom, who would it be, and what do you imagine she, he, or they would teach your students? Toussaint Louverture. Teaching British abolitionist literature has always felt incomplete to me without: (a) viewing it from a transnational perspective; and (b) talking not just about legislation, but rebellion, and not just from the perspective of benevolent white activists, but the Black and brown people actually experiencing enslavement and oppression. Plus, as Trouillot argues, Louverture’s voice is one students might otherwise never hear due to (often purposeful and violent) gaps in Western letters and archives. We could all stand to learn from him, or any one of the people that fought alongside him.

What is the most moving, heartbreaking, or joyful archival discovery you have made? Ephemera has always been one of my favorite parts about working in archives. A feather pressed into the page of a French Revolutionary pamphlet; tourist postcards tucked inside a Victorian ghost story; even things like unopened leaves that have never been trimmed or read by previous owners. There’s a certain weight of the past to those discoveries, but less of capital-H “History” than of everyday lives-lived.

If you could rummage through the attic of any nineteenth-century home, whose would it be? What would you hope to find? The Wollstonecraft & Godwin home seems like it would have some weird nooks and crannies. I’d hope only to be surprised by their attic’s contents, and something tells me I wouldn’t be disappointed.

If you were living in the nineteenth century, what sport would you like to engage in? I don’t know about participating, but attending one of the first bodybuilding shows at the end of the century sounds like a lark. I feel more qualified to squeeze a muscle to verify its authenticity than to play most organized sports.