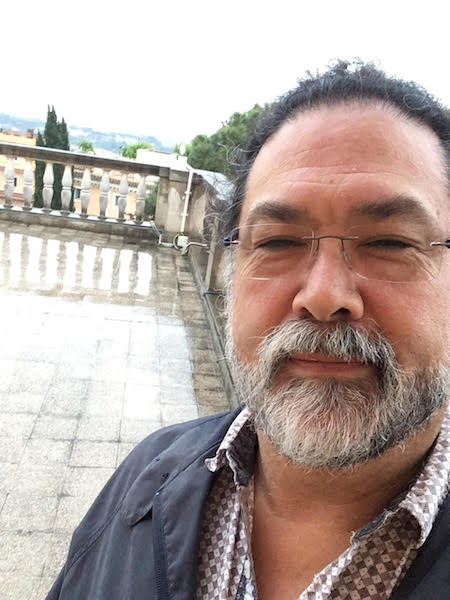 David Ogawa is Associate Professor of Art History at Union College in Schenectady, New York. His background is in nineteenth-century European painting, and his research has expanded to include the relationship between these practices, the introduction of photography, and the formation of photo archives. He has published on Jean-Baptiste-Camille Corot, Honoré Daumier, and Parisian photographic obscénités, and has catalogued Union’s collection of photographs by William Stillman. He is currently working on a digital version of this catalogue, as well as on a collaborative computer vision project with Emily Pugh, Tracy Stuber (both of the Getty Research Institute), and Alexander Supartono (Edinburgh Napier University).

Which nineteenth-century theorist, philosopher, or critic do you find most fascinating, and why? Charles Fourier. When I first encountered Fourier in the 1980s, his thoughts on “liberated passions” seemed like an inspiring historical politics in a time of misogyny and homophobia. It has been fascinating to think with his ideas now, when those and so many other wretched social phobias seem stronger than ever. At the same time, however, there are forces working to normalize queerness through sanctioned institutions like marriage. The critique of exploitation and profit these days seems to me as at least as important as the apparent embrace of queerness––reconciling these tensions requires me to think differently than when I first encountered his work.

What nineteenth-century play, opera, symphony, or theater performance would you want to see? I would love to hear a late eighteenth- or early nineteenth-century performance by a Senegalese griot. I recently discovered the musician Seckou Keita, who plays the kora. His musicianship is really extraordinary, and his work with other international players like Omar Sosa are great examples of global musical collaborations and synthesis. But I would love to hear a traditional kora played live and in person, with traditional sung oral history.

If you could eat or drink anything from the nineteenth century, what would it be? I’d like a bottle of Meursault-Charmes 1846, please. And a dozen fines de claire oysters on the side. A few years ago at a party, a guest who was a fine wine broker brought a bottle of 1917 port to share because the cork was in danger of degrading. This was the closest authentic sensory experience I have had to the actual nineteenth century, aside from looking at art and photography and touching and smelling the paper in archives and books. The port was also truly exquisite in terms of its flavors, aroma, and texture. So if I could pick something, it would be this legendary pre-phylloxera vintage of Burgundy.

If you could go on a weeklong road trip with anyone from the nineteenth century, who would it be? Where would you go? And what would you do along the way? I am going to assume that this means a road trip in the current present, so I would choose to take a road trip through the former Papal States with Pope Pius IX. There are dimensions to his reactionary politics and anti-modernity that are obviously odious, but there are also aspects that are really peculiar and interesting. It would be fascinating to try to get a sense of his notions of, for instance, spiritual geography, sacred history, and the plight of the dispossessed through his reactions to contemporary Italy. He would not enjoy it at all, and it probably would not be fun in the conventional sense, but I think there would be much to learn.