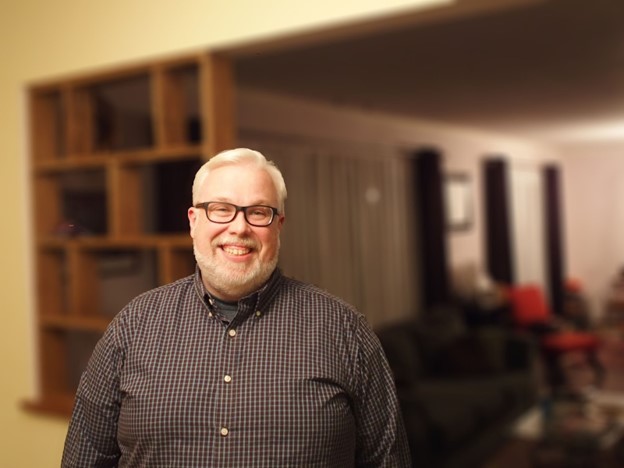 Jamie McDaniel is an Associate Professor of English at Radford University in Radford, Virginia. He is also Editor of The CEA Forum, the College English Association’s online, peer-reviewed journal devoted to pedagogy in all facets of English Studies. Jamie is an award-winning teacher and scholar who has taught a range of face-to-face and online classes at both the introductory and advanced levels, including game studies and design, professional writing, Digital Humanities, document design, film studies, and British literature. Within these contexts, he specializes in disability rhetoric across multiple media, whether considering how board and video games promote ableist depictions of people with disabilities or advocating that writing classes address accessibility as a core topic. His current book project focuses on representations of disability in novel-to-film adaptations. He is the recipient of the CEA Robert Hacke Scholar-Teacher Award, the CEA Distinguished Service Award, and the Pittsburg State University Foundation Excellence in Teaching Award. Jamie was previously an Associate Professor of English and Director of Professional Writing at Pittsburg State University in Pittsburg, Kansas.

How do you incorporate Digital Humanities / New Media scholarship in your nineteenth-century classroom?

Students in my Victorian Literature and Psychology course study the development of psychological realism and its relationship to nineteenth-century psychology. The focus of the course is predominantly historical; rather than applying contemporary psychological models to nineteenth-century fiction, we examine how Victorian novelists understood the mind, and how they were influenced by, and in turn helped to influence, contemporary debates in the field of psychology. One way in which we accomplish this goal is through textual analysis applications, such as Voyant. These tools allow us to more easily compare the language used in psychological treatises with the language writers used in creating their characters and stories. As a result, students can make stronger arguments about, for example, the influence of Samuel Smiles’s book Self-Help on Charles Dickens’s portrayal of Pip in Great Expectations or the ways in which James Crichton-Browne’s essay “Dreamy Mental States” might help us understand Thomas Hardy’s theory of attention and reverie in Return of the Native. Occasionally, instead of a traditional research essay, I will have students use Scalar, an application for creating born-digital projects, to present their final research.

What story about the nineteenth century do you always tell your students?

I’ve found that many students enter the classroom with certain ingrained beliefs about the nineteenth century, such as that Victorians were all prudish and never discussed sex, for example. In response, I tell them about some of the health manuals I researched in the Dittrick Medical History Center at Case Western Reserve University. In those books, I encountered several surprising suggestions for keeping your libido in check. What students gain from the story is two-fold. Students learn that in order to surveil and control sexual mores and activities, Victorians talked about sex all the time. As a result, students learn that the grand narratives they’ve encountered in popular culture or in other educational venues don’t necessarily reflect reality.

What is your favorite nineteenth-century indoor activity?

I’m a big gamer, so I’m always interested in learning to play the card games and party games described in my favorite novels.

What is your favorite film set in the nineteenth century?

My favorite film is Guy Maddin’s 2002 film, Dracula: Pages from a Virgin’s Diary. It is a film version of a ballet version of Stoker’s novel. Maddin filmed it in black and white except for the blood and gold/money that appears in the film. In addition to being a beautiful film, it does a great job of connecting nineteenth-century economic tensions with tensions surrounding immigration at the end of the century. I highly recommend it!

If you could borrow any nineteenth-century painting from a museum for one year and hang it in your home, what would it be and why?

The Raft of the Medusa by the French painter Théodore Géricault. I’m a big fan of horror movies, especially those based on true stories. This painting is based on a true story and depicts survivors of a shipwreck as they attempt to flag down a ship in the distance. The details of the true story and of the painting are indeed horrific.

What historical figure would you love to see in twenty-first-century life?

I would love to see Elizabeth Gaskell and her women of Cranford experience life today. It would be like a Victorian version of Golden Girls.

Which nineteenth-century fictional character do you wish were real?

Jenny Wren from Dickens’s Our Mutual Friend. She would be a blast to hang out with! The scene in the novel in which she removes her hairpins to applause from a pub is one of my favorites to discuss in class. It’s like a Dickensian version of a striptease or burlesque act!