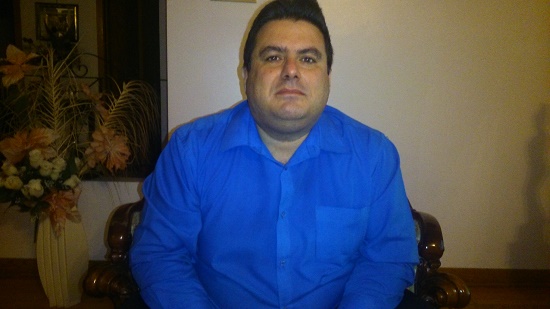 Gerardo Del Guercio has taught at the Royal Military College of Canada (St-Jean) and Collège Jean-de-Brébeuf. He is the author of The Fugitive Slave Law in The Life of Frederick Douglass, an American Slave and Harriet Beecher Stowe’s Uncle Tom’s Cabin: American Society Transforms Its Culture (Edwin Mellen, 2013). Additionally, he has published essays on Benjamin Franklin, Henry James, Nathaniel West, and Jean Toomer. His works have appeared in several journals including Southern Studies and College Language Association Journal, as well as The Early America Review. He holds a bachelor’s of arts from Concordia University, a master’s of arts from l’université de Montréal, and a TESOL from York College, CUNY.  At present, he is teaching English in Montreal, Quebec, Canada, and completing his teacher training at Binghamton University, SUNY.

What was the last book you read?The last book I read was Richard Wright’s Haiku. Wright’s last poetry chimes with an offbeat style that breaks from convention at exactly the perfect time. It is a collection of 817 haiku Wright composed during the last years of his life. Additionally, Richard Wright’s daughter Julia Wright’s introduction clarifies her father’s haiku with a concise summation that focuses on the last years of his life during which he composed his haiku. Wright spent these years in exile while in Paris, France. Indeed, Wright was part of a community of American expatriate writers who considered the United States a barren waste land that was disconnected from their true cultural roots. These expatriates believed their roots were located in Europe, especially Europe of the 19th century.  I have enjoyed Wright’s writing ever since I picked up a copy of Uncle Tom’s Children at a local bookstore in 2005. It was about a year after I defended my master’s thesis on Frederick Douglass and Harriet Beecher Stowe that I decided to read Wright more closely, as my reading of Uncle Tom’s Children was so gratifying that I decided to read Native Son, Black Boy as well as Wright’s critical pieces.

If you could go back to the nineteenth century to change one thing, what would it be? If I could travel back in time I would change the Lincoln assassination. Lincoln is my favorite 19th-century president. Indeed, I would do my best to take the bullet for Lincoln. Like many people, the enormous volume of scholarship on Lincoln’s life has enriched my writing as well as made it more satisfying.

HALFWAY down a by-street of one of our New England towns stands a rusty wooden house, with seven acutely peaked gables, facing towards various points of the compass, and a huge, clustered chimney in the midst. The street is Pyncheon Street; the house is the old Pyncheon House; and an elm-tree, of wide circumference, rooted before the door, is familiar to every town-born child by the title of the Pyncheon Elm. On my occasional visits to the town aforesaid, I seldom failed to turn down Pyncheon Street, for the sake of passing through the shadow of these two antiquities, –the great elm-tree and the weather-beaten edifice.

Certainly this quote played an integral part in my formation as a scholar. As well, The House of Seven Gables put Hawthorne’s entire canon as well as the American Renaissance in perspective for me.

Which nineteenth-century fictional character do you wish were real? I wish Huckleberry Finn were real. Certainly, I would be interested in seeing Huck Finn ride his bike through Central Park. Out of all Twain’s characters none played a more important role in forming American concepts of masculinity, and, more specifically, boyhood. In my opinion, Tom Sawyer is a close second.