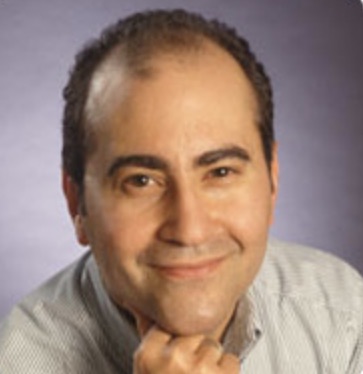 Rafael Ocasio, Charles A. Dana Professor of Spanish, is a Latin Americanist and a specialist in revolutionary and counterrevolutionary Cuban literature.  He is the author of two books on the Cuban dissident writer Reinaldo Arenas:  Cuba’s Political and Sexual Outlaw (University Press of Florida, 2003) and The Making of a Gay Activist (University Press of Florida, 2007).  His book Afro-Cuban Costumbrismo: From Plantations to the Slums (University Press of Florida, 2012) examines the Costumbrista documentation of African and Black religious and musical folklore as part of the development of a national identity in Cuba.  Costumbrismo, a nineteenth-century literary movement associated with the recording of traditions, offers the earliest incorporation of Black themes, related to the booming sugarcane production in Cuba and to rich African traditions in major Cuban cities.

Ocasio is currently working on a book manuscript: Franz Boas in Porto Rico: Retention and Reinvention of Puerto Rican Folklore,” an edited, critical anthology of oral folklore documented by that reputable anthropologist in Puerto Rico in 1915. He teaches courses on Latin American literature and film and Spanish-language courses at Agnes Scott College, Decatur, Georgia.

Have you ever had something happen to you professionally that you thought was bad but turned out to be for the best?: Experience has taught me to be more receptive about hearing advice. My first book began as a rather extensive and detailed critical biography of the late counter-revolutionary gay writer Reinaldo Arenas. I had sent the manuscript to two academic presses, which, although liked the text, insisted that it was too long. It was after I heard the advice of Amy Gorelick, editor at University Press of Florida, that I realized that I really had two books: the first one dealing with Arenas’s counter-revolutionary activities in Cuba and the second one his life in the United States during the eighties as a Queer Marielito activist.

Who was your favorite professor in graduate school and why?: At the University of Kentucky I was lucky to work closely with Daniel R. Reedy, a well-known Latin Americanist whose short story and novel courses of the Boom period were legendary for his detailed exploration of surrealist and magical realist techniques as tools of political expression. He was also a noted colonialist. In his course on the Latin American Colonial literature I learned to approach texts other than literary works such as crónicas (historical narratives) in analytical techniques that have allowed me to examine multiple writings produced during the nineteenth century (such as laws and regulations for slave owners in Cuba) or letters written by American soldiers from Puerto Rico during the Spanish American War.

What is your favorite nineteenth-century song?: It is not really a song produced in the 19th century but I love “Guantanamera,” perhaps the most recognizable folk-like tune from Cuba. Aside from the fact that it is based on Cuban patriot José Martí’s “Versos sencillos” (1891), the song strikes me as an early example of transcultural appeal of the so-called music of protest in the United States. My favorite “Guantanamera” rendition is that by Joan Baez, an icon for political activism throughout the violent period of the Civil Rights of the 1960s. It does not cease to amaze me that Martí’s poetry, which is so anchored within the restrictions of 19th century Latin American Modernist literature, continues to be inspiration for revolutionary Cubans (on the island) and for counterrevolutionary Cuban-Americans in the United States.

What is your favorite form of leisure activity that was popular in the nineteenth century?: In Cuba throughout most of the 19th century volantas, or horse-drawn carriages, were a popular form of transportation and a fun way to parade around the fanciful urban center, such as a booming and exciting Havana. The drivers were known as caleseros, freed black men who were dressed to the nines in order to impress an upper-class clientele that enjoyed leisured promenades around the city. The caleseros were well-connected with abolitionists (some of them freed blacks) and they often took part in revolutionary activities.