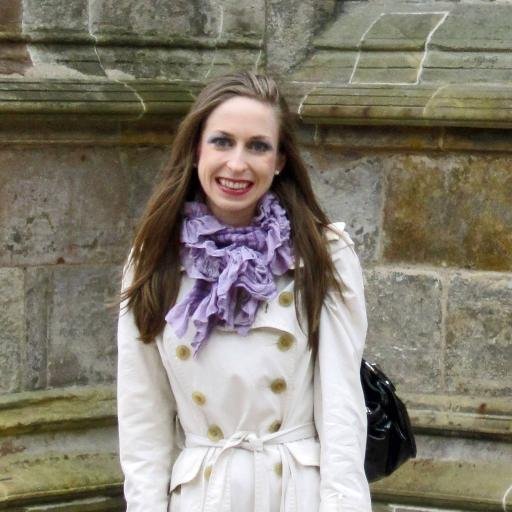 Dr. Jessica A. Volz of Denver, Colorado is an independent British literature scholar and international communications strategist whose research focuses on the forms and functions of visuality in late eighteenth- and early nineteenth-century women’s novels. Her latest book, Visuality in the Novels of Austen, Radcliffe, Edgeworth and Burney (London and New York: Anthem Press, March 2017), discusses how visuality — the continuum linking visual and verbal communication — provided women writers with a methodology capable of circumventing the cultural strictures on female expression in a way that concealed resistance within the limits of language. The title offers new insights into verbal economy and the gender politics of the era spanning the Anglo-French War and the Battle of Waterloo by reassessing expression and perception from a uniquely telling point of view.

Dr. Volz holds a Ph.D. in English from the University of St. Andrews and a B.A./M.A. in European Cultural Studies and Journalism from Boston University. She was recently named an ambassador of the Jane Austen Literacy Foundation, which was created to harness the global passion for Jane Austen to fund literacy resources for communities in need across the world. Dr. Volz has also served as the editor of two Colorado legal publications and as a translator for a number of Paris-based companies. In her spare time, she enjoys planning tea parties and plotting novels.

If you could become any nineteenth-century fictional character, whom would you choose?: While there are many strong female leads in nineteenth-century fiction, Elizabeth Bennet has always been my alter ego. I have never been insipidly demure, like Maria Edgeworth’s Belinda, or entirely pragmatic, like Charlotte Lucas. Instead, I self-identify as an “obstinate, headstrong girl” who is not afraid to speak her mind. Like Elizabeth, I am fond of dancing and enjoy taking long walks that leave me looking inadvertently “picturesque.” Moreover, who could possibly resist playing the part of the woman who secures Mr. Darcy’s heart (and an incandescently happy future at Pemberley)?

Which nineteenth-century person could you be mistaken for?: This is a challenging question for someone who, more often than not, looks out of place in modern times. My style of observation and verbal delineation reflects that of my favorite author, Jane Austen, as does my hand (as in penmanship). Yet an encounter with my person could easily lead someone to liken my facial features to those of Emma Hamilton in her youth (at least based on George Romney’s captivating portraits of her). The theatrical tendencies of my personality share some commonalities with those of Mary Robinson, particularly when she played the role of Rosalind in Shakespeare’s As You Like It. Those likenesses aside, my life, like Austen’s, has taken a course that is less scandalous, even if resolutely extraordinary.

What was the first nineteenth-century-themed item that you bought with your own money?: After a visit to one of my favorite museums in London, the Wallace Collection, I stumbled upon The Button Queen, a treasure trove for those who similarly see buttons as functional works of art —  masterpieces in miniature that are capable of holding together the fabric of a story. When I asked the owner to show me some of his favorite pieces, he gingerly pulled out a priceless set of Wedgwood buttons. It was then that a modestly priced button bearing what I recognized to be the profile of Georgiana, Duchess of Devonshire caught my eye. The item was a replica of a nineteenth-century original that I knew I would regret not acquiring. It has since been my lucky charm, wherever my research leads me.

What is something you learned in the last month about the nineteenth century?: Salop (also spelled “salep,” “saloop” and even “sahlib”) was one of the most ubiquitous drinks during the first part of the nineteenth century. In the early eighteenth century, salop was regarded as a nourishing beverage (and aphrodisiac) for fashionable townspeople; it then became associated with the lower classes. The beverage was initially made from powdered orchid roots imported from Turkey and prepared in the fashion of drinking chocolate. Later, “dogstones” (British orchid roots) and the roots and leaves of the North American sassafras tree became the key ingredient. Salop was sold in place of tea and coffee, which were much more expensive. One wonders whether Jane Austen ever observed the sight of salop stalls during her visits to London.

What was the last book you read?: Winston Graham’s Demelza. I perpetually crave escapes that are set in late eighteenth- and early nineteenth-century Europe. I am a devotee of Mammoth Screen’s latest adaptation of Winston Graham’s epic series and look forward to the plot twists to come in Season 3.

One thought on “Jessica A. Volz”