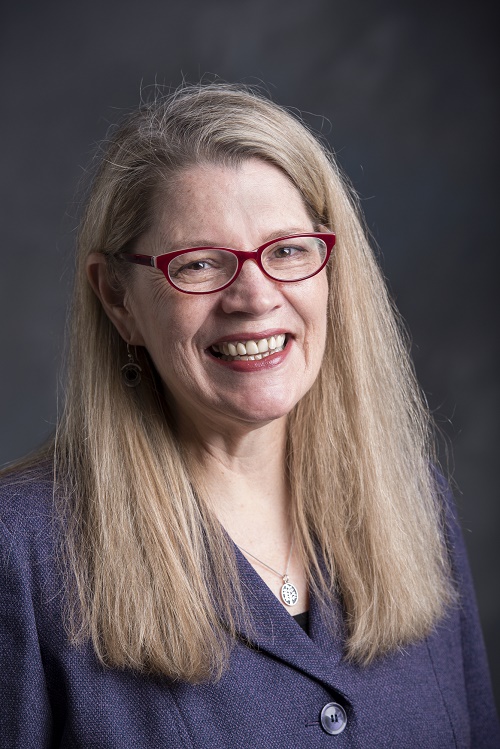 Kathryn Ledbetter is Professor of English at Texas State University. She is author of Victorian Needlework (2012); British Victorian Women’s Periodicals: Civilization, Beauty, and Poetry (2009); Tennyson and Victorian Periodicals: Commodities in Context (2007); “Colour’d Shadows”: Contexts in Publishing, Printing, and Reading Nineteenth-Century British Women Writers (with Terence Hoagwood, 2005); “LEL’s ‘Verses’ and the Keepsake for 1829,” Romantic Circles Electronic Edition (with Terence Hoagwood and Matthew Martin Jacobsen); and The Keepsake (1829), a facsimile edition with introduction and notes (with Terence Hoagwood, 1999). She has published articles in various newspapers, magazines, and scholarly journals, including Studies in the Literary Imagination; Victorian Poetry; and the Journal of Victorian Culture. She is also a contributor and former editor of Victorian Periodicals Review.

What story do you always tell your students about the nineteenth century? My story is that the nineteenth century is the most exciting moment in modern history because of industrial innovations and radical social evolution. I tell them that many of the mechanical things we take for granted today were developed in the nineteenth century, such as photographs, telephones, railways, computers, typewriters, sewing machines, moving pictures, bicycles, electricity, flushing toilets, and automobiles (along with oil, fuel, and rubber tires). Students learn that nineteenth-century culture was not as stiff, prudish, sentimental, and boring as they have been led to believe. I also show them articles in nineteenth-century periodicals demonstrating that a vibrant debate about women’s issues was occurring throughout the century. The evidence disproves common misunderstandings of women as silent and powerless, and it suggests that the story of women’s history is not complete without acknowledging these debates as part of the process toward gender equality.

If you had the freedom to work on only a research project about the nineteenth century for an entire year, what would it be? I would like to go on a treasure hunt in libraries and rare book stores in English-speaking countries throughout the world, to find and read every nineteenth-century women’s periodical that is not digitized and set up a web page where I would share what I found.

What is the best nineteenth-century themed gift you have ever given / received? My favorites are two Harmony Kingdom Pot Belly miniature renditions of Jane Austen and Queen Victoria given to me by a special friend here in Texas. Among my other treasures is a packet of Victorian ephemera sent to me by Brian Maidment, my colleague in the Research Society for Victorian Periodicals. The packet included the frontispiece of Rudolph Ackermann’s December 1814 issue of The Repository of Arts, Literature, Commerce Manufactures, Fashion, and Politics. The page had the original dress fabric swatches still attached to the cover. I was able to use the frontispiece as an illustration for my article on women’s periodicals published last year in the Routledge Handbook to Nineteenth-Century British Periodicals and Newspapers.

What is your first memory of being really excited about the nineteenth century? Long before I ever dreamed I could be a scholar and English professor, I took an undergraduate seminar in Mark Twain, where I wrote a paper on the author’s pornographic writing. It was my first realization that the nineteenth-century was a little more interesting than I had been led to believe.

If you could become best friends with someone from the nineteenth century, whom would that be? Dinah Mulock Craik. I recently read and wrote about her series of travel narratives published over a span of 30 years in Victorian periodicals. I found her to be a wonderfully warm and funny woman in print. She shares common sense rules for travel that I appreciate: take only two changes of clothes and shoes; avoid large hotels and fashionable towns; seek simplicity; make yourself happy in your own simplistic way; be economical without roughing it; and stay strong and healthy. She lists four things travelers should never lose: 1. luggage, 2. temper, 3. health, and 4. spirits. Although Craik tends toward typical Victorian prejudices, which she freely admits, she expresses a sense of wonder about workers and their daily lives and concludes that the world is a very big place. She claims religious sensibilities and visits many churches (especially in France, where Catholicism is a constant source of disgust for Craik), but she seems to find her spiritual sustenance in nature and solitude. She writes in “La Belle France” (1867) that upon landing in a foreign country for the first time she felt like “Don Quixote with his windmill, that it is running a tilt against perfectly imaginary foes.” After meeting a few French people she admits that her “French fellow-creatures appeared to her much like any others.”  Sometimes Craik is quite poetic in these narratives. No matter what logistical problems she encounters, she finds beauty everywhere. I think she would be a lovely travel companion. I especially like her narratives about Cornwall, my favorite place in Britain. She romanticizes Cornwall as the home of King Arthur and dreamily begins: “Let us travel towards the sunset. Let us see him—the good old sun, now missing for about ten weeks—watch in drop into the wide Atlantic; we standing on the wild Cornish coast, with nothing except some two thousand miles of heaving sea between us and America.” She undercuts the dramatic tone by gently poking fun at her middle-aged provinciality. I am secretly provincial myself, and I never tire of looking for remote villages in Britain where I can be full of wonder like Dinah Craik, without feeling the pressure of sophistication. I travel to a different region in a rental car almost every year, so that I can follow narrow, winding roads toward a coastline. Next year I plan to follow a route around the Irish coast, with stops at places she mentions in “An Unknown Country.” I will overlook her prejudices, as one does for best friends.