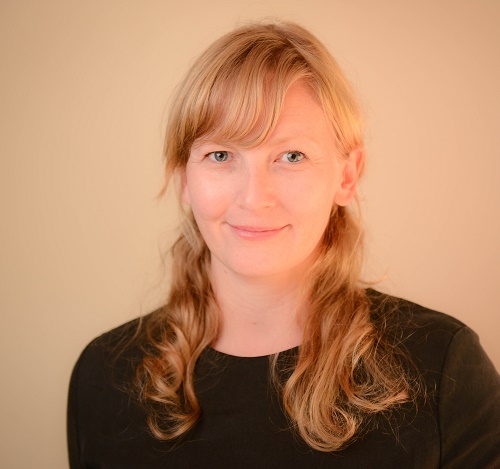 Claire Jarvis studies British literature of the nineteenth and early twentieth centuries with special emphasis on the novel and theories of sexuality. Her first book, Exquisite Masochism: Sex, Marriage and the Novel Form (2016) considers the body’s necessity to the novel, an approach that demonstrates the limitations of a critical discourse focused on the deep, interiorized subjectivity of the novel’s characters and on symptomatic readings of the marriage plot’s conservative impulses. Her readings—centered on Emily Bronte’s Wuthering Heights, Anthony Trollope’s Can You Forgive Her? and The Way We Live Now, Thomas Hardy’s Jude the Obscure and D. H. Lawrence’s Brangwen novels—foreground the suspension of sexual satisfaction, the orchestration of scenes of humiliation with meticulously managed performances and reveals limits of both the Victorian “marriage plot” and contemporary criticism thereof. Jarvis is currently working on a second book project, tentatively titled A Little Britain: Women, Genre, and Form, which analyzes 20th and 21st century novelists’ uses of nineteenth century poetic, novelistic and aesthetic theories.

Have you ever had something happen to you professionally that you thought was bad but turned out to be for the best? Too many to count, but one thing stands out as an example of something humiliating that I managed to salvage. I was invited to give a talk at a small, focused conference. I hadn’t finished my book, so my research wasn’t widely known to the audience. I was paired in a panel with a very widely published and very senior scholar, who was very much used to holding court. We both gave our papers, and I noticed as she gave her paper she managed to edge from behind the table to the front of the table. I should have guessed where this was going. The bulk of the questions were lobbed her way, which is to be expected, but she wasn’t gracious or careful about this at all. She didn’t throw anything to me, or seem to acknowledge me in her responses at all. I decided I needed to keep this from being a total disaster, so I started tacking on short, thoughtful responses after hers. Not every time, but some of the time, especially when I had something genuine to say in response! It wasn’t the most comfortable half hour of my life, but I managed to get some of my ideas into circulation that afternoon, and I also promised myself that I would always try to ask inclusive questions, and be a generous co-panelist, especially to people more junior to me, from there on out. So, it was a good lesson in the power of generosity—and of standing up for yourself when things are going badly!

Who was your favorite professor in graduate school and why? I had some amazing luck with my graduate professors. I took classes or worked with with Frances Ferguson, Neil Hertz, Richard Halpern, Allen Grossman, Isobel Armstrong, and Sharon Cameron. But my advisor, Amanda Anderson, was the most committed advisor a student could have asked for. She was rigorous, engaged, demanding, and thoughtful, and she spent a huge amount of time on my dissertation chapters, really pushing me to think through the arguments and my evidence for those arguments.

What is your favorite nineteenth-century song? This is a funny one! My nan used to sing “Where did you get that hat?” to us when we were children, and my grandfather always sang “Daisy Bell” (Daisy, daisy, give me your answer true / I’m half crazy, all for the love of you / It won’t be a stylish marriage / For I can’t afford a carriage / But you’ll look sweet, upon the seat / Of a bicycle built for two) to my nan, who was nicknamed Daisy. To this day, I think of that song and him singing it every time I ride a bike!

What is one of your favorite nineteenth-century quotations? My favorite really well known quotation is from Pater’s The Renaissance: “To burn always with a hard, gem-like flame, to maintain this ecstasy, is success in life.” I had to think through this passage of The Renaissance in some detail when working on D. H. Lawrence and its emphasis on intensity and vitality has always put a lump in my throat.

I also think this passage from Ruskin’s The Elements of Drawing may be the source of my interest in the nineteenth century: “The whole technical power of painting depends on our recovery of what may be called the innocence of the eye; that signify, as a blind man would see them if suddenly gifted with sight.” I read Elements as a senior English major in a class on Proust and Ruskin (my budding pretension attracted me to the Proust!), and was blown away by Ruskin’s calm, teacherly prose, and by the great difficulty we have when we try to flatten our eyes to see the world without filling in our points of view with assumptions. If you haven’t read Elements, it’s a wonderful little book.

What nineteenth-century chore would you absolutely hate doing? Clearing out the fire grate!

What is your favorite form of exercise that was popular in the nineteenth century? Sea bathing, though I’d be a little irritated at the bathing machines and the swimming costumes.

What nineteenth-century parlor game would you like to see become popular again? I cannot answer this honestly since I am ending a family vacation in which most of days ended in vicious, very competitive domino games, so I have dominos on my mind!