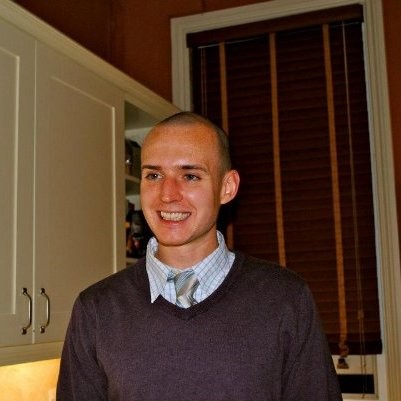 Clayton Tarr teaches at Michigan State University, where he specializes in eighteenth- and nineteenth-century British literature. His book, Gothic Stories within Stories: Frame Narratives and Realism in the Genre, 1790–1900 (2017), suggests that the Gothic novel took shape as a mode that allowed readers to experience a deep level of reality that was unavailable in the realist novel. In his latest scholarship, Clayton has examined depictions of rape in 1790s novels; argued that long, white, uniform teeth signaled the threat of degeneracy in the mid-nineteenth century; traced the appearances and performances of bog bodies in nineteenth-century literature; analyzed the narrative authority of disabled characters in Victorian novels; and investigated how mid-Victorian children’s literature engages economic metaphors to describe consumerism and the commodity. His new book project, titled “Paper Trails: Registration, Impersonation, Victorian Sensation,” tackles identity theft in the nineteenth century, and focuses on civil registration efforts that made births, deaths, and marriages a responsibility of the state rather than a liability of the church.

What are you doing in the nineteenth-century classroom that incorporates Digital Humanities / New Media scholarship? I am committed to “remix” projects in the classroom. I have learned that students often express themselves best through adaptation, engaging their expertise in media platforms. For this reason, I combine traditional writing assignments with projects that allow students to re-imagine nineteenth-century texts in other mediums. My students have composed songs, filmed short videos, and illustrated graphic novels. I am also committed to encouraging students to take ownership of texts through digitization. For example, I have assigned group projects that require students to choose a text from a literary annual, and then to reproduce it online with contextual and critical annotations.

What is your favorite film set in the nineteenth century? I have a soft spot for Jane Campion’s Bright Star (2009). I understand the liberties that the film takes with the story of John Keats and Fanny Brawne, but I support it, if even just a few people decide to read Keats after watching. Plus, Campion’s eye is extraordinary, as she deftly mixes light and dark, lush and drab, hopeful and bleak. Abbie Cornish, in particular, is magnetic throughout. Her performance upon hearing the news of Keats’s death—suffocating during the initial moments of shock and grief—is devastating. I also enjoyed Guillermo del Toro’s Gothic mash-up Crimson Peak (2015), and I vaguely remember liking Cary Fukunaga’s Jane Eyre (2011), though Michael Fassbender is perhaps better at Macbeth than Rochester.

If you could borrow any nineteenth-century painting from a museum for one year and hang it in your home, what would it be and why? No question, I would display John William Waterhouse’s The Lady of Shalott (1888). The painting is haunting, and I think it does excellent service depicting the heroine’s final moments on her journey to Camelot. I have stood mesmerized, more than once, at Tate Britain, much to the annoyance of family members. Were I to take the painting home, however, it would likely meet the fate of the Primose-family portrait in The Vicar of Wakefield, which is “so very large” that there was “no place in the house to fix it.” A close second goes to John Everett Millais’ Ophelia (1852), which is far more manageable, yet no less captivating.

Which nineteenth-century fictional character do you wish were real? Diogenes, Florence’s loyal dog in Dombey and Son. In a novel where Florence faces constant disappointment at the hands of treacherous, selfish characters, Diogenes remains steadfast, providing comfort and a connection to her departed brother, Paul. He reminds me of my own dogs, past and present.