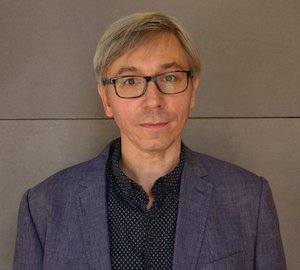 Gregory Vargo is an Assistant Professor of English at New York University and co-editor of Chartist Fiction Online, which catalogues fiction and reviews in thirty-five radical periodicals. His first book, An Underground History of Early Victorian Fiction: Chartism, Radical Print Culture, and the Social Problem Novel (Cambridge University Press, 2018), traces the social, institutional, and textual networks linking middle-class writers to the world of working-class politics and argues that the flourishing radical press of the 1820s to 1850s helped shape mainstream literature. He is currently editing a collection of four plays that were written or performed by members of the 1840s British protest movement Chartism. This collection will be published by Manchester University Press in 2020. An article based on this research recently appeared in Victorian Studies. He is also in the early stages of a book-length manuscript about the response of British social movements to such colonial crises as slave revolts in the early nineteenth century and the Indian Rebellion of 1857.

What was your favorite discovery / serendipitous moment when conducting research on the nineteenth century? I love this question because a recent serendipitous find changed my research trajectory, prompting me to work on a whole new literary genre and temporarily placing my project about British anti-imperialism on the back burner. While looking at the letters of the radical writer Ernest Jones at Columbia University, I decided to browse a list of pamphlets collected by the British politician Frances Place. In that collection, I noticed John Watkins’s John Frost, a Chartist Play, an 1841 text widely believed not to be extant. In fact, I had thought no Chartist drama survived to the twenty-first century. Written by an activist poet, John Frost treats the Newport rising of 1839, in which an armed crowd of some nine thousand miners and ironworkers marched on the Welsh market town of Newport. Seeking to free imprisoned comrades and signal the beginning of a republican revolt, the marchers were met by a company of soldiers, who fired on the crowd, killing two dozen. In treason trials that followed, three leaders were sentenced to death (the sentences were ultimately commuted to transportation for life). John Frost dramatizes these gripping events and opens a window onto a world of politicized working-class theater, one of the first examples of an activist group using drama as a means of propaganda and self-expression. In subsequent research, I have discovered evidence for approximately one hundred Chartist performances of both original plays and previously published texts, including Shakespeare’s Henry IV and Robert Southey’s Wat Tyler.

What is something you have learned in the last month about the nineteenth century? As part of research about a treason trial the Chartists reenacted, I’ve been reading about the Dublin rising of 1803, which ended in disaster but enshrined the rising’s leader Robert Emmet in the pantheon of Republican martyrs. Emmet’s plan was to seize the seat of British government, the Dublin Castle, in the hopes of inspiring the rest of the country to revolt. Patrick Geoghegan’s biography of Emmet contains several surprising facts about the rockets Emmet planned to use in the assault. First, although the rockets malfunctioned and had to be abandoned (like much else in the rising), Geoghegan describes how their design was quite sophisticated and received careful study by the British military after the rising’s defeat. Rockets, moreover, were a powerful psychological weapon in the early nineteenth century. Given that other European forces who encountered them for the first time often fled in terror, if the rockets had proved usable, the rising’s course might have been different. Finally and most interestingly, Geoghegan makes a persuasive case that the design of the rockets, which Emmet studied while in Napoleon’s Paris, plausibly derived from the rocket companies of the Tipu Sultan, the “Tiger of Mysore,” who resisted British efforts to annex his kingdom. Not only does this vector of technology transfer contradict ideas of western military superiority (as in Jared Diamond’s Guns, Germs, and Steel), but it is also a fascinating subterranean link between resistance to the British empire in India and Ireland.

If you could know the truth about any nineteenth-century historical moment, event, or person, what / who would it be? An unresolved question that I often find productive for classroom discussion concerns Olaudah Equiano’s birthplace. In the Interesting Narrative of the Life of Olaudah Equiano, Equiano describes his Benin childhood and his subsequent kidnapping into slavery. As one of very few African accounts of the experience of the middle passage, the text was crucial in the abolition movement. Vincent Carretta, though, has discovered certain evidence (baptismal records and a ship’s muster) that suggests Equiano might have been born in South Carolina. Other scholars such as John Bugg have described the ambiguous and inconclusive nature of Carretta’s evidence (which Carretta himself also emphasizes). That I am curious about this question, however, is different than saying I want to “know the truth” of the matter. As I tell my students, the space of epistemological doubt can be very productive. Indeed, the unknowability of Equiano’s origin resonates with his account of slavery, in which people become bereft of their histories and identities, estranged from themselves. Whether the Interesting Narrative is a straightforwardly autobiographical account or a partly fictionalized rendition of the terror and psychic displacement Equiano experienced as an enslaved person is in some ways beside the point.

If you could witness any event from the nineteenth century, what would it be? If allowed to choose an event from the long nineteenth century, I would probably say the fall of the Bastille. From the nineteenth century itself, I might select the celebrations in Jamaica marking the end of slavery on August 1, 1838, including the “burial service” held at midnight in William Knibb’s Baptist church in Falmouth, where formerly enslaved people buried a coffin with shackles, iron collars, chains, and a whip, while rejoicing, in Knibb’s words, that “the monster is dead.”