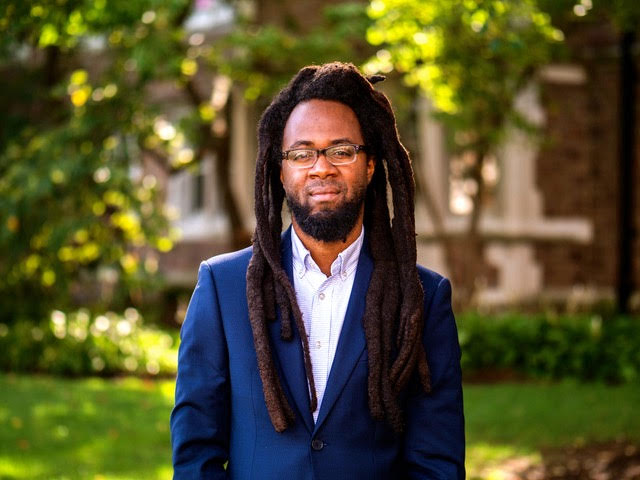 Douglas Flowe is an Assistant Professor of History at Washington University in St. Louis where he teaches courses on urban history, criminality, masculinity, and other subjects relating to race, crime, and gender. He received his Ph.D. at the University of Rochester and has recently published his first book, Uncontrollable Blackness: African American Men and Criminality in Jim Crow New York (University of North Carolina Press, 2020). His work has appeared in publications like the Journal of Urban History and the Journal of African American History, and he is currently working on a second book that will trace the experiences of black inmates in the mid-twentieth century, and delineate the features of the New York state’s “carceral archipelagos,” spaces inside and outside of prison that feed incarceration in a variety of social, economic, and gendered ways. Flowe is also currently serving on the Urban History Associations board of directors.

What is the most moving, heartbreaking, or joyful archival discovery you have made? In researching my recently published book, Uncontrollable Blackness: African American Men and Criminality in Jim Crow New York, I sought the voices of early twentieth-century working-class black men in the New York State prison archives. However, I was often disappointed to find their voices muted in interviews, parole hearings and reports, and various forms meant to measure their success while incarcerated and after. In those spaces black men were surrounded by officials who had the power to determine their guilt or innocence, and either condemn them to prison or free them, usually only provisionally. Realizing this, I knew that perspectives given in those documents were often crafted by shrewd attempts to avoid prison time, please prison administrators, and secure release, which limited their frankness. Serendipitously, when I took some time to look at documents from a couple of women’s prisons, one at Bedford Hills and another in Auburn, New York, I was surprised to find the voices of their husbands, fathers, sons, and lovers appeared in those files more fully than in the men’s files. It turns out the parole board’s process of “rehabilitating” women involved far more intrusion into their personal lives than it did for men, since parole officials only hoped to make men job-ready when they left prison, but expected to shoehorn women into an imagined “true womanhood.” In order to do this, parole personnel interviewed their male family members, inspected their homes, collected personal letters, and surveilled their intimate relationships in detail. Men spoke freely in their statements, complained about the internment of wives and daughters in letters to officials, swooned over partners in romantic messages, and made promises and commitments that divulged their own aspirations. As a result, I was so lucky to discover some of the most unfiltered articulations of love, anger, longing, expectations, indignation, and broken-heartedness from working-class black men that I could ever expect, all within the prison files of black women.

From your vantage point as a teacher, what is the most transformative moment a student has experienced in a nineteenth-century course you have taught? For me, the moment when I realized I wanted to be a historian and professor happened in a historical methods class I took as an undergraduate student at Geneseo College. In Professor Kathleen Mapes’s methods class on Rural America she gave us the opportunity to work with primary documents in order to do our own analyses of historical newspapers, periodicals, census documents, and commercial catalogs. It was the first time I came to realize what the true work of the historian is. I left her class understanding that historians use a lot of investigative skills, research, and creativity in order to recount the past, interpret it, and derive meaning from disparate sources of information. It was fascinating to me to not simply learn about a historical subject, but to use my own agency as a researcher to make new history. In all of my classes I attempt to recreate this moment for my students, whether they are history majors or not. I think the most transformative moments they experience are when they find some article, letter, draft card, or census tract that sparks their interest and encourages them to do more research. When they present and discuss materials they’ve found in class, I can see that they have come to understand the deeply fertile and stimulating aspects of historical research that made me sure I wanted to do this work for the rest of my life.

If you could go on vacation anywhere during the nineteenth century, where would it be, and why? What tourist activities would you engage in there? Because I am a scholar of American history, I’ll limit my response to some place in North America. However, there are very few places I would feel like visiting on vacation in nineteenth-century America as an African American. If I could, I would probably visit plantations of the South, not for leisure, but to witness lifeways and resilience of African Americans in bondage. I would love to see New York City as construction spread north and the streets filled with black migrants and immigrants, and see first-hand the complex negotiations that African Americans entered into with the rest of the world as they attempted to reformulate their lives in freedom. As a native New Yorker and a historian of the city, it would be fascinating to see how the men and women I wrote about in my book lived there and to speak with them and hear their perspectives in ways letters and prison documents could never convey.

Which holiday or celebration would you most like to experience in the nineteenth century? I would love to see the first Juneteenth and how African Americans celebrated emancipation in the 1860s. While it would be a celebration, it would also be a time rife with the vestiges of unfreedom. It would be interesting to observe this instance of jubilation, disappointment, and struggle in order to better understand the combination of factors that shaped the next few decades, leading up to the early years of the great migration, and the start of my book.